Russia and Saudi Arabia Are Headed for a Showdown 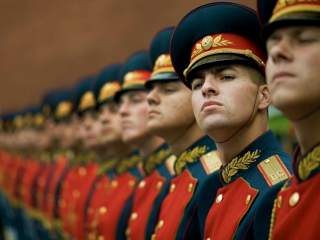 Today, the Middle East is one of three regions that will define world politics for years to come. While the other two—Europe with its EU problems, and East Asia with simmering Chinese ambitions—have an incremental and more protracted effect on international relations, the Middle East is an arena of violence, sophisticated diplomacy and an unceasing flow of events with global significance. However deliberately regional players and global powers prepare their moves here, an event at any given moment can completely change the strategic picture. One of the most momentous dynamics at the current moment is being created by the relationship between Russia and Saudi Arabia. The potential for a full-fledged confrontation between two countries has accumulated during the last three to five years, and such a showdown could significantly affect several spheres of international relations.

Current tensions between Moscow and Riyadh have two main dimensions. The Russian and Saudi positions differ, first, on the fundamentals of global energy relations, and second, on counterterrorism. Both dimensions have factors that obscure the full understanding of these differences.

OPEC has become a distracting factor in discussions on global energy. The overwhelming majority of analyses suggests that the clearest manifestation of the current differences between Russia and Saudi Arabia on how to manage global oil markets was the breakdown of April’s talks in Doha. According to this reasoning, Russia is eager to coordinate the freezing of oil production together with OPEC. However, Saudi Arabia is not interested, and OPEC cannot act because of the rivalry between Saudi Arabia and Iran. In reality, the gap between Moscow and Riyadh’s approaches to the global oil market goes deeper than the paralyzed OPEC talks.

Thorough analysis of Russia’s energy policy, especially Moscow’s position on global energy security, provides a far more instructive perspective. Indeed, Russia is concerned with the smooth functioning of global energy markets, including oil markets, and security of supply as well as security of demand. In official Russian documents, one can find a developed approach to global energy security, which basically includes Russia’s interests in a framework of stable international energy relations. This approach does exclude an unilateral strategy aimed at harming the interests of other participants in global energy relations. The reason for this is simple: Russia does not humanely preach universal friendship and coexistence, but instead rationally emphasizes the common need for energy producers and consumers to develop cooperation, because aggressive moves without considering the interests of others may amount to throwing stones in the glass house of the global energy system.

At the same time, Saudi Arabia currently seems more concerned with improving its market position, while implementing the so-called Saudi Vision 2030, aimed at moving away from an “addiction to oil.”

In this regard, the barely alive OPEC is a place where the clash of visions between Russia and Saudi Arabia is unfolding. Russia’s national energy-security policy mixes elements of energy security of both energy consumers and producers, with a substantial additional potential for energy transit. Being dependent on world energy markets for its economic development, Moscow has spent the last decade promoting dialogue between energy producers and consumers, as well as between producers, aimed at improving the functionality of world energy markets. The Gas Exporting Countries Forum, a mostly Russian initiative, emerged during this decade as an example of a successful international energy organization that fundamentally differs from OPEC. While OPEC was created as a cartel, advancing exporters’ interests against those of importers, the GECF is a industry-specific organization aimed at improving the efficiency of global gas production through dialogue among professionals. It is very difficult to argue that such an improvement of efficiency is adverse to consumers’ interests.

Riyadh is choosing a different path. OPEC, for decades essentially an extension of the Saudi oil industry, has been hung out to dry, while Saudi Arabia continues to pump more oil in order to crush all its competitors. To quote Bloomberg Businessweek on the Deputy Crown Prince Mohammed bin Salman, a son and confidant of the king, and demiurge of the current policy, “the likely future king of Saudi Arabia says he doesn’t care if oil prices rise or fall. If they go up, that means more money for nonoil investments, he says. If they go down, Saudi Arabia, as the world’s lowest-cost producer, can expand in the growing Asian market. The deputy crown prince is essentially disavowing decades of Saudi oil doctrine as the leader of OPEC”.

The Saudi bet is bold; however, it is crucial not to forget that the jury will be out on this policy for some time. King Salman and Deputy Crown Prince Mohammed bin Salman are free to make any decision they want, but it is hard not to consider some fundamentals of Saudi Vision 2030 to be risky. Questions abound: will the kingdom have enough money, even after the partial privatization of Aramco, to pay all its bills, which will increase dramatically with transition costs? Will fourteen years, until 2030, be sufficient to prepare the workforce for a new economy, supposedly free of oil addiction, and change the mindset of the Saudi population, including numerous members of the royal family? Will Saudi social, cultural and religious frameworks allow for these reforms? Deputy Crown Prince Mohammed likes to compare himself to Steve Jobs, Mark Zuckerberg and Bill Gates. But none of them achieve their success in Saudi Arabia, where women are still not allowed to drive, not to mention other, significantly more complicated issues.

The role of Islam in Saudi Arabia is also important to understand the second dimension of Russian-Saudi differences. If OPEC’s troubles push the essential differences between Russian and Saudi energy policy into the background, the Syrian crisis provides the same kind of distraction in analyzing the gap between the antiterrorism approaches of Moscow and Riyadh. To state that Russia is protecting “its guy in Syria,” Bashar al-Assad, while Saudi Arabia is supporting the opposition’s struggle for freedom, would be a misleading simplification.

To start with the obvious: it is necessary to emphasize that among many groups fighting against the Assad regime, the Islamist ones are the most powerful, with Islamic State being the most notorious. However, while ISIS became the world’s enemy after initial successes in Iraq and Syria, due to its global claims and international deadly reach, other Islamist formations in Syria can compete with ISIS in terms of religious zeal and brutality. The question arises whether these groups will stop fighting if they win in Syria. Or is it just a matter of “competition” among terrorists—ISIS being the most feared now, while other competitors also dream of “outperforming” ISIS in Syria and elsewhere?

The next thing to consider while analyzing differences between Moscow and Riyadh’s antiterrorism approaches is the fact that Saudi support to jihadist groups in Syria has been an open secret for some time. Now it even seems as though Saudi Arabia and Turkey, according to some estimates, are trying to consolidate jihadist units in Syria in a united command structure under the name of Jaish al-Fatah (the Army of Conquest). Coincidentally, Al Qaeda leader Ayman al-Zawahri has also called for this kind of consolidation.

Last but not least, another factor to consider in analyzing Russian and Saudi differences in fighting against terrorist groups is that the Wahhabi branch of Islam is dominant in Saudi Arabia, and that Wahhabi preachers have cooperated with terrorist groups in Russia—in the North Caucasus, and especially in Dagestan. These facts help to understand both why Moscow is concerned with what is going on in Syria, and why it feels uneasy about Saudi support for various radical groups.

Similarly to tackling global energy problems, Russia offers a wide international approach to dealing with jihadists in Syria and elsewhere. For example, it is urging the United States to launch joint strikes in Syria against Jabhat al-Nusra. So far Washington has refused to cooperate, despite the fact that Jabhat al-Nusra has been designated as a terrorist organization by the United States since 2012, and American forces have been conducting their own strikes against the group. Saudi Arabia, supposedly an American partner and ally, designated Nusra as a terror group in 2014; however, Nusra, often called “Al Qaeda in Syria,” is a part of Jaish al-Fatah. Saudi relations with jihadist forces cause alarm for many international observers and contribute to growing Russian suspicion toward Saudi policies. It is clear that the two countries differ on what constitutes radical, dangerous Islamism.

With concerns growing in the world over both global energy security and radical Islam, the distinct approaches of Russia and Saudi Arabia on these issues will have a resonance that transcends bilateral relations. Although the two countries are still careful in avoiding outright confrontation and hostile rhetoric, their incompatible goals in energy markets and Middle Eastern politics are already obvious. The future will show how this competition influences international relations.