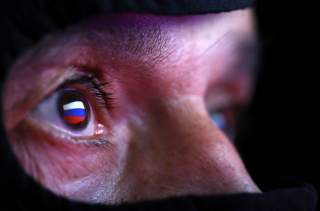 The coincidence of impeachment proceedings and the assassination of Iran’s Maj. Gen. Qassim Suleimani have more than a few people talking about dark conspiracies. Most obvious of such hypothetical subversive plots would be an attempt by the current administration to distract from the Senate trial by ramping up tensions with Tehran. While that “wag the dog” scenario, unfortunately, cannot be dismissed, it seems rather more likely that President Trump was trying to fend off the plethora of Iran-hawks in his Administration for months, but finally relented and allowed them to “reestablish deterrence” against Iran. The ridiculousness of very nearly provoking a war to prevent a war does not seem to have occurred to the authors of this highly dubious venture.

As America turns a page on yet another unseemly episode in the Middle East (with many more bloody pages now almost certain to follow), one may also consider additional shadows of Russiagate on the current Iran Crisis. Beyond the distraction hypothesis, there is also the likelihood that the attack on Soleimani was undertaken in an attempt to patch up the rather ghastly and unprecedented quarrel between the White House and the CIA. What better way to make nice with the spooks at Langley than to place dark arts and particularly “wet work” (i.e. assassination) at the very center of U.S. foreign policy?

Speaking of cloak and dagger, the New York Times has become a regular mouthpiece for America’s spy agency over the last few years, but a most peculiar story appeared in its pages just before the new year. It rendered in quite extraordinary detail an intelligence caper involving a Norwegian who was held for two years in Moscow’s notorious Lefortovo Prison. While most Westerners following the story had assumed the Norwegian’s innocence, the newly freed Frode Berg, who is now happily back in his native Norwegian border town of Kirkenes after a prisoner swap, admits that “under pressure from the military intelligence service in Norway” he was asked to perform his patriotic duty for Norway. Thus, he made several intelligence-related missions into Russia. He apparently tried to quit this work in 2017 but agreed to undertake a final mission because he was “tantalized by an expenses-paid trip to glittering Moscow at Christmastime.” On that final mission, according to the New York Times account of it, he was picked up by Russia’s intelligence services, the FSB, in December 2017 and incarcerated at Lefortovo.

That was strange enough but the plot grows even more surreal. Instead of cruel torture along with the expected “show trial,” Berg was apparently told by his captors that they “respected him, but they had to arrest him.” He was allowed to watch TV and apparently got regular servings of McDonald’s brought in especially upon his request. The New York Times article relates that interrogations were not too onerous. “At one point, the conversation got so friendly, Berg recalled, that one officer told him: ‘Frode, don’t forget. I’m the investigator and you’re sitting in prison. You’re a spy.’” This is comical in an Austin Powers kind of way but people in the Norwegian border town of Kirkenes are not laughing. The mayor of the Arctic hamlet commented that Berg should have known better. Indeed, there is apparently a fear that Norwegians visiting Russia from Kirkenes and other locales will now be under a cloud of suspicion. As the New York Times article relates: “to many who live in this isolated region, Russia is primarily a partner, driving their economy thanks to fishermen docking at their port and Russians making day trips to buy diapers and other Western goods. ‘We want to promote this region as a region of cooperation,’” commented another local leader. Perhaps someone should let the Norwegian head of NATO know that not all his countrymen are in favor of the New Cold War, bequeathed by “Russia-gate” and fed by ludicrous spy capers like that of Berg’s excellent adventure in Moscow.

In this series of columns, known as the Bear Cave series, I have sought to introduce some Russian-language perspectives into the Western discourse on foreign policy, defense and intelligence matters as well. One reason, I’m so keen to discuss Russian-language materials [Русскоязычные материалы] is that so few of the Western commentators on current issues related to Russia know anything about the country’s language, culture, history, or its contemporary social and political dynamics. It’s true that many Russians regard the question of Washington’s Russiagate scandal as comical and ridiculous. If the Kremlin cannot figure out how to dispose of garbage properly, so the logic goes, how could it possibly engineer an election on the other side of the world? Still, the article from the Russian newspaper Kommersant summarized below argues cogently that America’s Russiagate obsession is also having a deleterious impact on freedoms in contemporary Russia.

The article titled “The truth of spying: where the struggle against foreign interference can lead [Шпионерская правда: Куда может завести борьба с иностранным вмешательством]” warns about the expansion of activities in Russia aimed at rooting out “foreign agents.” It is explained that not only are the “special services” involved but now Duma deputies have also “strengthened and expanded the concept of ‘foreign agent’ in Russian law.” In a rather mocking tone, the author asserts that the Russian parliamentarians “in general will not let us forget that the country is surrounded by a ring of enemies [вообще не давали забыть, что страна в кольце врагов].” Indeed, the author also raises the troubling matter that the intensifying effort to root our external influence could well be related to summer protests that transpired in Moscow. An example of the misuse of such efforts against foreign interference is given with respect to the activities of the U.S. Embassy in Moscow. According to this account, attempts by the embassy to warn Americans to stay clear of the protests for safety reasons were actually misinterpreted by Russian authorities as an American plot to boost publicity for the protests.

What comes around, goes around right? This article reports that the same Duma deputies probing foreign interference in Russian affairs “do not hide that their organization was a mirror response to the American commission investigating Russian interference in American elections [не скрывают, что их создание было зеркальным ответом на создание в Соединенных Штатах комиссий по расследованию российского вмешательства в американские выборы].” A major concern elaborated in this article is that the Russian government will target certain Russian activists: “having studied abroad, unreliable citizens organize platforms to influence young people and ‘rock the boat.’” The author points to the concerns of human-rights campaigners in Russia and raises the additional concern that a new “iron curtain” may descend in which Russians are no longer permitted to go abroad, for fear that they might become agents of “foreign influence.”

The article lays bare that the tentacles of the Russiagate scandal are now negatively impacting the struggle for human rights in Russia. Of course, there has been significant damage to various individuals in our America, too. The farce has claimed all kinds of convictions, but hardly any related to the actual case at hand. In fact, the Washington Post, a paper that has done much to whip up Russiagate hysteria, actually conducted a thorough analysis of the so-called Russian social media campaign and concluded, “there’s no evidence that [Russians] did any particularly sophisticated targeting.” Rather, Occam’s Razor-type reasoning implies that Russian “trolls,” like most other entities active on the web, were simply looking for clicks in order to make a buck from advertisers. In a sign that the Washington Post might not be completely oblivious to journalistic ethics, one of their reporters has surprisingly started a systematic effort to review the journalistic excesses of the last few years related to Russiagate. The New York Times has not attempted any similar soul-searching as regards the Russiagate hysteria regrettably, but had itself to admit that when it comes to “meddling in elections . . . we do it too.”

As for those various espionage escapades, well, when the Hollywood blockbuster film Argo captured “Best Film” back in 2012, that moment seemed to crystallize a new and glorious era for America’s intelligence agencies. Are our spies amazing or what—not just creative—but low-budget and good looking too? Perhaps now is the time for Hollywood to pick up another CIA script with Iran: the overthrow of Mohammed Mossadegh in 1953? That event, as much as any other, forms the essential backdrop for today’s ominous developments in the Persian Gulf.