The Russian Card on North Korea Has Yet to Be Played 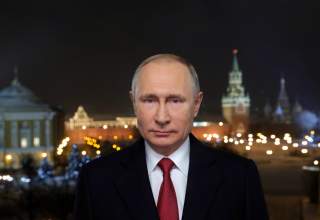 My last Dragon Eye column summarized a significant analysis by two Chinese experts that have each spent significant time in Pyongyang. I noted their interesting conclusion that they considered Russia to be a “rising star [后起之秀]” with respect to affairs on the Korean Peninsula. They assessed in their conclusion that Russia-China cooperation on the North Korea issue could be a “decisive factor.” That may seem paradoxical given that, if one studies the history of Pyongyang’s nuclear program, its origins derive from the period of initial confrontation between Russia and China, and their respective competition for the allegiance of the various Communist states in East Asia as their rivalry heated up in the 1960s.

While Americans are, naturally enough, wary of Russia-China cooperation in any context, these Chinese analysts could actually have a point. After all, one interpretation of events on the Korean Peninsula over the last thirty years is that the current precarious state of affairs is due largely to an unsustainable imbalance in power. How could North Korea possibly stand against the combined power of both South Korea and the United States, with mighty Japan standing just behind them? In this conception, the “original sin” was the collapse of the USSR and the failure of both Moscow and Beijing to adequately support their faltering ally. Confronted with the all too real possibility of complete demise, the Kims uncorked the nuclear genie, logically enough. Taking the advice of Chinese colleagues to consider Russia’s role in the Korean situation seriously, this Bear Cave examines a few relevant Russian-language analyses that were likely missed by Western experts.

A rather scorching analysis appeared in the Russian newspaper Kommersant [Коммерсантъ] by the journalist Mikhail Korostikov on December 28. He declares in his first sentence that “Last year became the year of the triumph of North Korean diplomacy [Прошедший год стал годом триумфа северокорейской дипломатии].” At the beginning of last year, he explains that North Korea faced the dark, but real prospect of war and could not have been cheered to see that China and Russia both had “essentially joined with the Western coalition [фактически присоединились к западной коалиции]” to undertake draconian economic sanctions against Pyongyang. Yet, entering 2019, we are in a rather different place, thanks to Kim Jong-un’s “opening himself up to the world in an unprecedented way and executing a series of brilliant diplomatic maneuvers [беспрецедентно открылся миру и выполнил ряд блестящих дипломатических маневров].”

This Russian journalist reports with more than a hint of sarcasm on Kim’s pledge in Singapore to disarm “at some point [когда-нибудь].” Likewise, President Donald Trump’s bizarre conclusion that the problem is basically solved is also noted. He even fires a small caliber round at the Kremlin, in observing: “Only the leaders of Russia and Japan are so far deprived of a meeting with the ‘young marshal’ and, despite statements hinting that such meetings were ‘not very much wanted,’ they experience visible discomfort from this.” And he caustically concludes with full ironic effect that “The DPRK has undertaken no real steps toward denuclearization.” Yet, in the end, Korostikov claims that Americans will soon be so completely consumed by the 2020 Presidential Election that they “will forget all about the containment of North Korea.” Like his counterpart journalists in the West, Korostikov can apparently play skillfully on the irony of today’s strategic quandaries, but he does not yield up any recommendations for a way out.

A rather deeper Russian cut on the issue can be found in a detailed interview appearing on 11 December in the Russian-language newspaper Rossiskaya Gazeta [Российская Газета] with North Korea expert Georgy Toloraya [Георгий Толорая], a former diplomat who lived for more than a decade in Pyongyang, and who now leads the Center for Russian Strategy in Asia within the Russian Academy of Sciences. Toloraya is not exactly optimistic, but neither is he willing to completely declare that U.S.-North Korean negotiations are a complete failure either. He opens the interview with a comment that his contacts in Pyongyang believe that “the DPRK now awaits some kind of proposal from the Americans [КНДР сейчас ждет, что американцы ей что-то предложат].” Recognizing full well from his time in Washington DC that the United States has no appetite at this point for weakening the sanctions against Pyongyang, he nevertheless observes candidly that “the removal of sanctions is considered in the DPRK as a symbol of how serious the United States is about dialogue with Pyongyang [отмена санкций воспринимается в КНДР как показатель серьезности отношения США к диалогу с Пхеньяном].” Yet, he also assesses that North Korea does not yet confront a desperate situation, stating that the economy in North Korea is “generally good and very stable [весьма стабильная и в целом неплохая],”—a situation he said likely attributable to aid from Beijing that is not visible.

In the course of the interview, Toloraya returns to what he considers the key to a possible U.S.-North Korea breakthrough and this revolves around the “meaning of the word ‘denuclearization’ [значения слова ‘денуклеаризация’].” He points out that Americans themselves have not thought this through and have “no clear understanding,” whether, for example, this just means the warheads or includes the missiles as well. Illustrating his thinking on this subject, he offers provocatively: “And what to do with the physicists and nuclear specialists, who build the weapons? In general, they should be shot? [А что делать с физиками-ядерщиками, которые создают это оружие? Их вообще расстрелять]?” Toloraya thinks there is still hope, it seems, because he surmises that “The Americans are looking for some kind of compromise solution.” Yet, he is informed by a stark realism. When the interviewer asks him if he thinks that North Korea could ever completely surrender its nuclear arsenal, his response is curt and to the point: “Of course not [Нет конечно].”

Where is the compromise space between Pyongyang and Washington, according to Toloraya? He concludes: “Probably, there could be agreement, under which the United States deprives the DPRK of the possibility to strike the territory of America, but that North Korea maintains a minimum of nuclear weapons. That could be a compromise that suits both parties. [наверное, можно будет договориться, что США лишат КНДР возможности наносить удар по территории Америки, но Северная Корея сохранит при этом минимум ядерных зарядов. Это, наверное, может стать компромиссом, который устроит обе стороны].” Another notion of compromise that Toloraya endorses is one that he attributes to a Chinese scholar and forms an adjustment on the customary U.S. formulation of CVID [complete, verifiable, irreversible dismantlement]: “CRID— ‘conditional, reciprocal, incremental denuclearization’” “I like this formula,” Toloraya asserts and explains that it represents a gradual process of disarmament, as well as a smooth approach to an unattainable goal, but achieving the maximum point of convergence [Вот эта формула мне нравится … постепенный отказ и плавное приближение к недостижимой точке, максимальное с ней сближение].” U.S. negotiators should study these ideas carefully, since Toloraya knows Pyongyang far better than any Americans.

And what of Russia’s role on the Korean Peninsula? Notably, the interview is published under the unambiguous headline, “Expert: ‘Russia’s main role in Korea is supporting the peace process.” He adds that “Russia absolutely does not need yet another conflict next door on its borders—a second Syria or something like that [России абсолютно не нужен еще один конфликт рядом с ее границами, вторая Сирия какая-то].” Yet, the realist Toloraya does not exaggerate Moscow’s role in the crisis: “We don’t have any serious levers, economic, political or other to influence . . . North Korea.” However, in a situation without much hope, it may not be coincidental that Moon has alighted on the rail connections through North Korea to Russia and Toloraya does emphasize the promising signal that the UN Security Council (with America’s blessing) did approve some preliminary work on these rail connections back in November 2018. As for a potential role for the Russian president in the upcoming difficult negotiations, Toloraya does seem to think a brief visit by Vladimir Putin to Pyongyang might have value, but he cautions that value should also not be exaggerated.

Is it possible, nevertheless, as implied by the Chinese analysis that began this article, that Toloraya underrates the value of his own country’s agile diplomacy in these trying diplomatic circumstances of Northeast Asia? For one, Moon’s peace agenda needs all the support he can possibly garner. Russia and South Korea have quietly built a firm and trusting relationship that could form a crucial support for this precarious project. Indeed, this interesting interview with Toloraya occurred on the sidelines of a conference in Seoul, not surprisingly. A second and related point, however, is perhaps even more important. As I have noted in this forum, Russia’s great virtue in East Asia is that it is not China. While Beijing holds so many cards with respect to the Korean Peninsula, it cannot really act on these cards, since all the players are suspicious of an alleged Chinese leap for regional hegemony. Therefore, it may well be incumbent on the Kremlin’s diplomats—a youthful version of Toloraya perhaps—to perform the diplomatic acrobatics required to bring the Korean Peninsula to a soft landing.