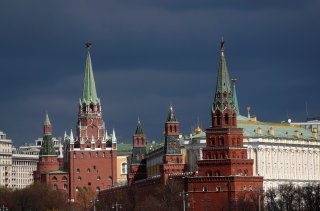 How serious a threat do Russian information operations pose to US stability? What can and should the U.S. government do about it?

To discuss these important questions, the Center For the National Interest assembled a cast of leading U.S. and Russian experts:

•   George Beebe is Vice President and Director of Studies at the Center for the National Interest, a former director of Russia analysis at the Central Intelligence Agency, a former adviser to Vice President Cheney, and author of The Russia Trap: How the US-Russian Shadow War Could Spiral into Catastrophe.
•    Andranik Migranyan is a professor of international politics at the Moscow State Institute of International Relations who has served for many years as a prominent informal government advisor. He is quite familiar with American politics and policy toward Russia from his time as director of the Institute for Democracy and Cooperation in New York, a post that he held until summer 2015.
•    Joseph Nye is a former chairman of the National Intelligence Council, a former Dean of the Kennedy School, and currently Distinguished Service Professor, emeritus, at Harvard University. He has published extensively on the topic of influence operations and cyber deterrence.  He is the author of the new book, Do Morals Matter?: Presidents and Foreign Policy from FDR to Trump.
•    Konstantin Remchukov is the owner and editor in chief of Nezavisimaya Gazeta in Moscow and is among the most influential Russian media voices.  He chairs the Moscow Public Chamber, frequently appears on Russian TV, and has a weekly program on the opposition Echo Moskvy radio station.

Paul Saunders, chairman and president of the Energy Innovation Reform Project, and a former Senior Advisor at the State Department during the George W. Bush presidency, moderated the discussion.