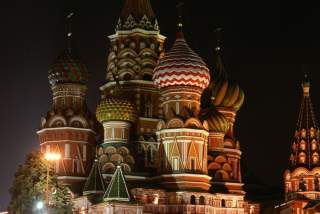 While Americans debate whether to support Trump or Hillary in the upcoming elections, the stakes were quite different for Russian voters in the September 18th elections to Russia’s State Duma. Many Russians debated whether to partake in the elections at all. Based on the results of the 2016 Parliamentary elections and the record low turnout of 36% the majority of the Russians (52% by official and 64% by unofficial estimates) this time chose to skip the elections altogether. To a large extent the paltry turnout was due to opposition-minded residents of larger cities. Here is why they didn’t.

For the most part for Russian liberals elections have been a depressing prospect over the last fifteen years. At least since 2007 the electoral process has typically been unfair and biased towards the incumbent, the media access for the opposition low or non-existent, odds of independent candidates making it to the Parliaments approaching zero, and elections typically rigged. Sergey Shpilkin, an independent electoral analyst has noted that in contrast to most other countries, Russia’s turnout typically peaks several times at “convenient” intervals of 5%, as if the polling stations with higher turnout were working to reach specific targets.

Moreover, the peaks of turnout tend to unilaterally benefit the Kremlin-funded United Russia party, which further increases the suspicion that the strange variations are best explained by fraud and ballot box stuffing. Given the degree of the electoral fraud and a low performance of the opposition candidates in the elections (since 2003 elections none of the parties in open opposition to the Kremlin made it to the Federal Parliament by party lists) one can hardly blame the Russian liberals for pessimism. A predominant attitude is that of “we cannot change anything”, and “one doesn’t play with a gambler”. Skepticism and apathy of the Russians are psychological self-defense mechanisms intended to protect oneself from feeling completely impotent in light of the omnipotence of the state.

Divisions within the opposition leadership have further exacerbated the situation. Two opposition parties – Parnas and Yabloko – competed in these elections. A secret video of Mikhail Kasyanov, Russia’s former PM and Parnas leader, engaging in sex with his assistant broadcast by a pro-Kremlin TV channel in Spring 2016, led to a split in Parnas--and seriously jeopardized its chances to succeed in the elections. The other opposition party, Yabloko, remained in strained relations with Parnas. It failed to unite larger segments of Russia’s opposition as well. In addition, the Kremlin added two proxy party “Partya Rosta” and “Civic Platform” to further the split within the opposition. Another failure of the liberal opposition to unite and come up with agreed-upon candidates further exacerbated the frustration of the liberals with the election. As a result, Parnas or Yabloko never came remotely close to the 5% necessary to make it to the Parliament.

Yet ironically by not showing up at the electoral precincts Russian liberals keep hewing down their own bough. The protests of 2011-12 pushed the authorities into an electoral reform that simplified the conditions for participating in the elections, introduced a single-member districts, and lowered the electoral threshold from 7% down to 5%. This time several strong independent candidates (Vladimir Ryzhkov, Dmitry Gudkov, Konstantin Yankauskas and others) competed in the elections with serious chances for success. According to an independent political analyst Dmitry Oreshkin, this year many Russians chose to abstain from the elections due to the overall decline in trust for the authorities and the ongoing economic crisis. Due to the lower-than-average turnout this time one vote of a liberal Muscovite could decide twice as much as, say, ten years ago.

If twice as many opposition-minded Muscovites showed up in the elections last Sunday several independent candidates could have made it to the Federal Parliament. Instead the residents of big cities chose to abstain which switched the results disproportionally in favor of the regions where the elections are typically rigged in favor of the United Party (Chukotka, Tyva, Kemerovo, Tatarstan, Bashkortostan, Mordovia, Kalmykia, Dagestan and Chechnya) This is not the first time the apathy undermines the chances of the liberals to succeed. In a similar vein the opposition came short of some 35 thousand votes for the independent candidate to make it to the second round of Moscow mayor elections back in 2013. Yet the liberals chose to abstain and a vicious cycle of apathy and frustration continued.

Chances are that the new Russian Duma will provide even more reasons for frustration than its predecessor, which was often called a “mad printer” for the nature of the laws it passed. This time the United Russia has secured an unprecedented supermajority of 76.2% of seats in Federal Duma; and more politicians with conservative anti-liberal views made it to the Parliament. The list includes anti-gay activist Vitaly Milonov; a Crimean prosecutor Natalia Porklonskaya notorious for her controversial anti-Ukrainian statements; former chief sanitary doctor Gennady Onishchenko who became famous for banning various European imports for political reasons under farfetched excuses. The new Duma will also feature Vladislav Reznik who is under investigation in Spain for alleged links to the Russian mafia.

People of similar views and backgrounds have already been in the Russian Parliament before, but every new electoral round seems to increase their proportion among the Russian deputies further shifting the legislative agenda to the extreme. This suggests that the new composition of the Russian federal parliament makes it even more likely to pass dangerous laws. These suspicions are exacerbated by the rumors regarding the possible appointment of Vyatcheslav Volodin, the Kremlin's first deputy chief of staff and a key architect of President Vladimir Putin's domestic policies, as a new Duma’s speaker. Volodyn’s appointment may foster further coherence and integration between the Presidential Administration and Russia’s Parliament.

So the suspicions of the Russian liberals are likely to be confirmed. But it’s unclear to what extent the sad nature of Russian politics is their own doing.