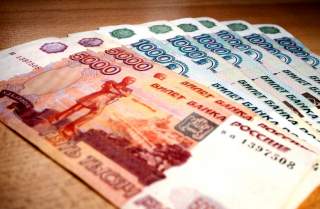 “Russia is isolated with its economy in tatters,” said President Obama in his State of the Union address on January 20, 2015. At that time, many thought it was true: the Russian currency was in free fall, while the federal budget was losing its revenues and beginning to extensively rely on reserves accumulated in previous years, and so many experts predicted the collapse of the Russian economy—an economic decline of 10 percent or more, comparable to the 2008–09 crisis. But though the Russian economy plunged into a crisis and could not halt its decline for six consecutive quarters, the real scale of the economic shocks was significantly smaller. The fall in GDP was 3.7 percent in 2015, and most experts foresee a drop of around 1 percent in 2016. Oil prices’ rebound from their nadir allowed the ruble not only to stabilize, but to gain a foothold. A 10 percent fall in private consumption has not led to any visible increase in social tension.

Short-term forecasts for the Russian economy are gloomy, and do not envisage a rapid post-crisis recovery. In the medium and long run, if the conflict in eastern Ukraine is not peacefully resolved and Western sanctions are not removed, the economic situation may worsen, but no collapse will occur. The primitive structure of the Russian economy and Putin’s pro-market economic doctrine will prevent chaos, and disasters will not be able to turn around the economy’s sluggish growth.

For many the biggest mystery of the past year was the relatively moderate drop in the Russian economy. In early 2015, many experts predicted an inevitable 8–10 percent decline, basing their projections on the fall of the ruble, falling imports and expectations of falling investment. However, nothing of the sort happened. Why? I see three reasons for this.

First, the base of the Russian economy is the production and export of raw materials and commodities. Unlike 2008–09, there is no crisis in the global economy, and the main consumers of Russian raw materials (Europe, China and Middle East) continue to grow, albeit unevenly; there has been no reduction in demand for Russian raw materials this time, as opposed to six years ago. Moreover, the key product of Russian exports—oil and refined products—recorded a slight increase, both in production and in exports. The stability of the Russian raw-material sector entailed the stability of railway cargo (more than 70 percent of its turnover is raw materials and commodities) and pipeline transportation volumes (which in terms of its effect on GDP is equal to railway-cargo turnover).

Taxation of the Russian oil and gas sector is structured such that the main part of the increase in world oil prices benefits the budget. And, vice versa, the decrease in oil prices hits the financial situation of oil companies at a much smaller scale than the revenue base of the federal budget. Moreover, all export-oriented industries benefited from the devaluation of the ruble (local production costs paid in rubles devalued in currency terms) and from the government's policy of freezing wages in the public sector; workers’ pressure to raise wages plummeted. All this has allowed the raw-materials sector to maintain production and keep the necessary investments.

Second, by 2015, the Russian government launched a full-throttle program to finance ambitious military procurement and reinvestment into the defense industries, which are mainly state-owned. On this basis, the production of military products in 2013–15 grew by 15–20 percent annually, and approximately the same growth should continue in 2016. The rapid growth of the military industry evidently benefited many industrial sectors and prevented the decline in industry as a whole.

Third, thanks to the reforms of the nineteen-nineties, the Russian economy became a market one, that is, it is inclined to restore equilibrium using a free-floating ruble exchange rate. We must acknowledge the Russian authorities, who not only did not freeze prices during the crisis, but did not even discuss this idea. As a result, the economy was able to quickly adjust to shocks both external (decline of oil prices and 50 percent devaluation of the ruble) and internal (a ban on food imports from Western countries). However, the price of this adjustment was the rise in inflation to 17 percent in spring 2015, a 10 percent decrease in the level of private consumption and 40 percent reduction in imports.

The second important mystery of the past year, the fast recovery of the ruble after its collapse in December 2014 and its relative stability afterwards, can be solved much more easily.

On the one hand, since 2012 the ruble has been an “oil currency,” as is evident from comparing the movements of oil prices and the ruble-to-dollar exchange rate rate. Statistically, in the 2014–2015, 92 percent of the fluctuations in the ruble-dollar rate were explained by changes in oil price. In the first half of 2015, oil prices were slowly, but steadily, growing from $32 per barrel in January to $65 per barrel by the beginning of the summer. Thus the stabilization of the ruble exchange rate in the spring of 2015 and its strengthening by 50 percent, as well as the slight increase in foreign exchange reserves of the Bank of Russia, should not be surprising. As soon as oil prices fell in the fall of 2015, the ruble devalued as well, and as oil prices recovered in the spring of 2016, the ruble regained its value.

On the other hand, in December 2014–January 2015 the Russian economy faced significant pressure on the capital account of the balance of payment, due to huge scheduled repayments of corporate foreign debt. Later on, the demand for foreign currency by Russian banks and companies had plummeted. Moreover, in the early autumn of 2015, Western financial markets welcomed some Russian companies; Gazprom and Norilsk Nickel were able to issue new Eurobonds, and a number of companies were able to agree on debt refinancing. In the autumn of 2015 the largest Russian borrower, Rosneft, which had greatly contributed to the debt currency crisis in December 2014, solved its problems by agreeing to a $15 billion loan from China secured by future oil deliveries.

A change in the Central Bank of Russia’s policies in late 2014 also played an important role in stabilizing the situation. The CBR finally decided to move to a floating exchange rate, and was able to explain to the Kremlin that the policy of supporting the ruble by wasting foreign-exchange reserves is futile and would only worsen the state of the economy.

The CBR’s rising of interest rates caused an increase in banks’ ruble deposit rates. Coinciding with the increase in oil prices, that led to a change in households’ savings behavior, ceasing the practice of purchasing foreign currency (from mid-spring of 2015 they began to actively sell it) and increasing ruble savings, providing additional stability to the ruble.

While the Russian economy has adjusted to new realities (low oil prices and a recession), public finances did not, and in the current run, the tough budgetary situation is the Kremlin’s major concern—wages are frozen, pensions are indexed well below inflation and all other expenditures have faced cuts for two years in a row—and will remain its core problem for years to come.

Several issues constrain public finances, none of which can be solved immediately:

1. For a decade since 2004, revenues from the taxation of oil and gas production and exports were the major source of budgetary income, accounting for more than 50 percent. The tax system was structured such that in 2005–14, 85 percent of the increase in oil prices was going to the federal treasury (since 2015, this share has been reduced to 60 percent). On the one hand, that allowed the government to accumulate huge fiscal resources (the Reserve Fund and National Welfare Fund) and inflate expenditures (social entitlements and the military). But on the other hand, as oil prices went down, the federal budget suffered the most from the shrinking revenue base. The fall in oil prices is partly compensated for in the budget by the devaluation of the ruble (as oil revenues are planned in rubles), but the decline in demand for foreign exchange among households banned from foreign travel resulted in a stronger ruble than needed for full compensation in the budget.

2. For many years Russia has existed in a high inflationary environment. That resulted in the enacting of special legislation that requires the indexing of many entitlements at CPI level. When the economy grows, along with budgetary revenues, this does not create a serious problem for the budget. But the situation is altogether different when the economy falls or stagnates while inflation remains elevated.

3. In 2011, then president Medvedev adopted an enormous financing plan for military procurement and investment in the defense sector until 2020. Those expenditures grew steadily in the budget, ousting investment and human-capital expenditures. This plan allowed the defense industry to expand, and in the coming years expenditures could not be cut, as many procurements were prefinanced and needed to be fulfilled. Though high inflation has eroded the real value of these expenditures, they will remain a heavy burden on the budget.