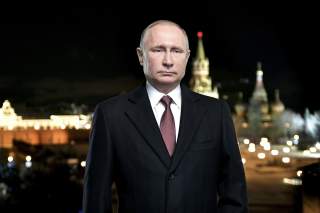 Two months before Russians go to the polls for the country’s seventh presidential election, the news reports could already be written in advance. Barring an act of God, Vladimir Putin will be elected for a fourth term in office, making him the leader with the longest tenure in executive authority of any of the world’s major powers. Before a single ballot is cast, a majority of the U.S. political establishment will already consider the results of this poll to be illegitimate. No matter the fact of Putin’s genuine base of support in Russia, the ways that the Kremlin has managed the election process and the inevitable gap that will emerge between actual voter turnout and number of votes cast for Putin with the published results—especially if the target of 70 percent turnout/70 percent in favor of Putin is reached amidst reports that some degree of fine-tuning was required to meet these goals—will be cited to deny that Putin has any popular mandate to continue to govern. So the election will solve nothing: those in the Russian elite who believe that Americans (and some Europeans) must concede the “reality” of Putin and start doing business with the Kremlin will be disappointed. Also, those in the West who maintain that all anyone needs to do is wait for the inevitable color revolution to depose Putin, that in turn will solve all the outstanding issues that have led to the deterioration of Russia’s relations with the West.

So, on March 19, 2018, nothing will have changed. But the two looming problems that the election will not solve will still be there.

First, to the extent we can speak of something called “Putinism,” its narrative is running on empty. In Putin’s first term (2000–2004), he was the emergency man called to take the helm of Russia and stop its slide into catastrophe. The second term was marked by the theme of rebuilding and reconstructing what had been lost during the disasters of the 1990s. During the period of the tandem with Medvedev, the erstwhile emphasis on modernization was replaced with an anti-crisis approach, to safeguard Russia from the vicissitudes of the global recession. Putin launched his third term by presenting a vision of securing Russia’s place in the world as the Eurasian pole of power, an effort that has faltered as the Eurasian Union has underperformed but even more so because of the Ukrainian crisis. There doesn’t seem to be an overarching, compelling, captivating vision for the fourth term, other than the slogan “A strong president for a strong Russia.” Indeed, it is fascinating that several of the candidates running in March’s election, especially Boris Titov, representing the old “Right Cause” (now the Party of Growth) and to a lesser extent the new face of the Russian Communists, Pavel Grudinin, replacing the old perennial stalwart Gennday Zyuganov, do not expect to win election but are using the campaign to push their respective pro-privatization and anti-globalization programs, in an effort to influence the direction the Russian government will take in the coming years. Even Ksenia Sobchak’s campaign is bringing issues into the public realm—and her ability to pose a question in her capacity as a reporter to Putin at December’s marathon press conference was seen as a signal that, even if she is not expected to win, her candidacy is part of the necessary process to consider what happens to Russian politics after Putin retires or departs from this mortal realm.

This is because, the 2018 campaign, in the way that it has evolved, stands as a clear sign of failure. In the mid-2000s, Vladislav Surkov, the reputed “gray cardinal of the Kremlin” and Putin’s master political technologist, had maintained that the goal of his activity was to create a ruling party, along the lines of the postwar liberal Democrats in Japan, that could maintain decades of electoral supremacy, serve as a big-tent grouping allowing for differing factions to exist but remain united in a single political entity, and would develop sustainable mechanisms for leader development and renewal of cadres. Russian politics today is still very far from this model, and Putin’s perpetual candidacy is a clear sign that the problem of political succession which bedeviled him in the run-up to the 2008 presidential election (when Putin was constitutionally prohibited from seeking a third consecutive term) still has not been solved. Putin, in many ways, cannot give up power because he and those around him would not have the political and legal guarantees that they require. At the same time, unlike in postwar Japan with the LDP, or in postindependence India with the Congress Party, or the seven decades of supremacy enjoyed in Mexico by the Institutional Revolutionary Party, there is no authoritative or binding mechanism and process by which the factions within the ruling elite can select and agree on new leaders. If, as it increasingly appears, the current Russian political system was constructed for one person and can only be managed and controlled by one person—Vladimir Putin—then Russia will undergo a major political crisis at the point Putin will no longer be able to govern.

And as much as outside observers look for signs of a “color revolution” in the unauthorized candidacy of anti-corruption crusader Alexei Navalny, the reality is that every color revolution in the Eurasian space has happened once the existing regime could no longer settle succession questions—and every leader who emerged from the color revolution—Viktor Yushchenko or Petro Poroshenko in Ukraine or Mikheil Saakashvili in Georgia—was part and parcel of the old political order. If, on March 19, it becomes clear that this will be Putin’s last term in office, and if Surkov’s LDP dream cannot be realized, then the odds that those Kremlin factions and clans that will not approve of the choice of Putin’s successor will be incentivized to consider following the color revolution playbook as a way to offset their rivals begins to increase.

The other problem that will not be solved by the March election—or even if there were to be a black-swan event that led to someone other than Putin assuming the presidency—is the question of Russia’s role in the Eurasian region and the world. In the West, there remains the assumption that our foreign-policy problems with Russia are personal: that they stem from Putin. Thus, the thinking goes, we would be able to turn a new leaf in U.S.-Russia relations with a President Navalny, or Sobchak, or even a Titov, not to mention the long-established liberal reformer Grigory Yavlinsky, who has also thrown his hat into the ring. (It goes without saying, however, that a President Grudinin—or a President Maxim Suraikin, who is running under the banner of the neo-Stalinist “Communists of Russia” and released his “Ten Stalinist Strikes on Capitalism and American Imperialism” platform, or the perennial contender Vladimir Zhirinovsky, in for his seventh attempt to become Russia’s president—would not be interested in improving relations with Washington). Yes, a different candidate might terminate the Syria intervention, be more flexible on the Ukraine question, be less confrontational. But no one stands for Russia giving up its position as the regional leader or as one of the great powers who should be consulted on the important matters of the global agenda. Vladislav Inozemtsev, a respected academic and analyst who is serving as one of Sobchak’s policy advisors, in 2005 talked about how Russia, as one of the great powers, could work with the United States in creating a new concert to address critical international problems. No one—not even the most liberal, pro-Western candidates running—would advocate for Russian subordination in a U.S. unipolar system. The reality is that any leader in the Kremlin pursuing Russian national interests is likely to have points of friction with the United States—and we don’t seem to have a mechanism that, in a post-Putin era, would work to dampen down or deconflict those irritants.

Russians—and the world—will wake up on March 19 to find that not much has changed. But the clock counting down towards domestic and international crises will be running.