Russia's Strategy: Look Scarier Than You Are 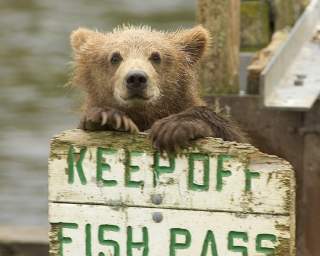 With its saber-rattling the Kremlin has, over the last months, succeeded in taking large parts of the Western elite under its “reflexive control,” a Soviet strategy of action designed to trigger desired reactions on the enemy’s side. Moscow has impregnated politicians, journalists, soldiers, intellectuals and diplomats around the world with the belief that Russia is posing a serious military threat and is up, if necessary, for a fight against NATO, perhaps even for World War III. As a result, the West’s political and military leaders are busy responding to threats that are, in fact, largely ephemeral. Brussels and Washington are, on the other side, insufficiently attentive and inadequately reacting to really existing new challenges in Europe’s east.

Such distraction is the very purpose of the Kremlin’s confrontational stance towards the West. Rather than contemplating the actual nature, real risks and final purposes of Russia’s demonstratively aggressive posture, NATO’s generals are fighting the last war—the Cold War—over again. Instead of soberly assessing the the real nature of today Russia’s challenge and the entire gamut of the West’s new options to respond, a collective déjà vu has taken hold of large parts of the Western elites. NATO’s and the EU’s resulting incomplete and misconceived rebuttals are serving rather than containing the Kremlin. They are increasing rather than decreasing insecurity in eastern Europe—a situation full of existential risks for humanity, yet beneficial to the stability and sustainability of Putin’s regime.

NATO and its member states are overreacting rhetorically, militarily and politically to Russia’s new aggressiveness. Without realizing, they are barking up the wrong tree and playing Moscow’s game. Western politicians and military men are sending, on an almost daily basis now, public oral and written messages to Moscow responding to its military provocations along Russia’s western borders, and subversive activities on EU territory. NATO troops and installations are moving eastward. Western and eastern European defense budgets are on a steep rise. A possible new intra-EU enlargement of NATO, i.e., an inclusion of Finland and/or Sweden, is being contemplated. As NYU political science professor Mark Galeotti has perceptively observed, large parts of the Western elite are nothing less than “panicking about Russia’s ‘hybrid’ warfare.” The alarm bell is being rung by leading national politicians, senior NATO commanders, prestigious think tanks, opinion-shaping journalists and seasoned Western diplomats. Yet it is exactly this alarmism, not a real conflict, that the Kremlin’s posturing is trying to achieve. Moscow would be simply unable to fight a real new Cold, let alone a hot, war with the West. Why?

There is a fundamental difference, in principle well known, but nowadays often forgotten, between the Russian Federation and the Soviet Union, as well as a related fundamental paradox of Moscow’s new confrontation with the West. Not only is the Russian Federation much weaker than the USSR, but unlike Moscow’s former communist leadership and largely autarkic planned industry, Russia’s new ruling elite and inflexible petro-economy are deeply integrated with the West. Surveying its major pipeline destinations, its foreign direct investors, its most attractive tourist sites, its private real estate locations, its regular or secret bank accounts, its preferred shopping malls, and its popular foreign educational institutions, a large part of the Russian elite’s core interests is located in, connected with or related to countries that are members of NATO, the EU or both (or, like Switzerland, closely tied to them).

Though Moscow is trying to create the impression of an aggressive Eurasian hegemon, the Russian Federation is neither a reborn USSR, nor an eastern European China, nor a modern equivalent of Nazi Germany. Russia’s GDP is smaller than that of Italy or California, and Moscow’s economic problems are currently accumulating by the month. Still, during the last two years, the Kremlin has succeeded impressing scores of Western diplomats, analysts, businesspeople and politicians with the idea that “Russia is back.” To be sure, Russia today is again well-armed and has a well-trained army capable to operate effectively abroad. Moreover, it has a political system as well as an agitated population that allows Putin to act swiftly, radically and resolutely. Yet, Russia remains a second-rate industrial nation, or, in the words of Russia’s former economy minister German Gref, is an economic “downshifter.” Russia’s relatively impressive military prowess is the result of ever more disproportionate spending on security, defense and armament—a potentially self-destructive use of resources.

Yet, most curiously, the target of the Kremlin’s unpredictable foreign actions have recently become states and organizations on whose good will the functioning of Russia’s weak economy, oversized bureaucracy, social security system and Westernized national elites is dependent. Oddly, the West is now arming itself against an enemy whose major foreign trading and investment partner is that same West. That is even more bizarre in view of the fact that, in contrast to the impression that the Kremlin is projecting abroad, Russia is largely isolated internationally. So far, Russia is succeeding in papering over the grave repercussions of its insufficient international embeddedness with political bombast and diplomatic grandeur.

Yet few analysts would deny that Moscow’s celebrated Asian partnerships and others, above all that with Beijing, involve countries whose approach towards Russia is in fact ambivalent, and sometimes polite rather than friendly. The only important geopolitical structure that Russia was able to create, the Shanghai Cooperation Organization, does not provide for a close alliance with China. Since the beginning of the Shanghai format twenty years ago, the Chinese leadership has come to see its nation as a self-sufficient international actor that is not in need of an integrated bloc or close union to secure its global interests. It may sometimes use Russia’s assistance in international organizations, and may be eager to get hold of her natural resources. Yet it does not need an economically non-dynamic Russia as an equal and close ally.

While Brussels thus has potentially significant leverage over Russia, it is Moscow that is setting the agenda in the EU’s and NATO’s relations with Russia. So far, the Kremlin has succeeded in driving the West toward confrontation in one of the few areas where Russia has some strength—the military field. In spite of its high reliance on Western markets, investment and other venues of cooperation, Russia is gradually dragging the Euro-Atlantic community into a perpetually fragile security situation that stabilizes Putin’s kleptocracy, yet runs counter to Western core interests. The high stakes of the current eastern European military buildup correspond to the enormous domestic political stakes of Putin’s hold on power. Yet, these risks are obviously detrimental to what the EU wants and needs. They are increasingly absurd in view of the EU’s continuing cozy business relationships with Russian state companies. For its own good, the West should change its conversation with Moscow, sooner rather than later, from military issues to economic and financial ones.

In addition, the West needs to focus on where the real military challenges in eastern Europe lie. A hypothetical Russian attack on, for instance, the Baltic countries would immediately trigger devastating economic sanctions or even full trade blockades of Russia by the entire West. The EU and its instruments may, in a way, provide more important mechanisms for protecting Estonia, Latvia or Poland than NATO and its advanced weaponry. On the other hand, as eastern Europe’s wars of the last twenty-five years have shown, such countries as Georgia, Ukraine and Moldova cannot rely on the EU’s economic and financial leverage against Russia. For better or worse, these countries thus need military cooperation, equipment, technology, training and troops that are as effective as possible in order to deter Russia. In the worst case, they need to be able to defend themselves against a new Russian attack with as high a cost to Moscow as possible.

Western governments and publics need to better see through the self-serving rationale of the Kremlin’s actions, the gambler’s attitude of Russia’s shrewd “political technologists” and the cold calculations of Russia’s superrich power holders. So far, non-NATO eastern Europe, the southern Caucasus and Central Asia provide a sufficient playground for Moscow’s neoimperial sports, designed to distract Russia’s population from the large-scale theft of national resources by state officials that continues to go on across the vast country. Moscow will continue to try to control the reflexes of the West as much as possible by military provocations, and keep the temperature high. It will go on unsettling Brussels and Washington by other means too, so as to prevent sober analysis, intergovernmental unity, strategic coherence and sustained counteraction by the West. Yet, given its multifarious economic ties with the West, the Russian elite will also make sure to let the confrontation not get out of control, so as not to risk a showdown. In our own interests, we should rise above these petty games, avoid military competition, instead employ our multiple economic instruments, and as Galeotti put it, “stop playing nice” with the Kremlin. As soon as Russia’s elite gets this message, we will see quick improvement in the Donbass, Syria and elsewhere.

Dr. Andreas Umland is Senior Research Fellow at the Institute for Euro-Atlantic Cooperation in Kyiv, and General Editor of the book series “Soviet and Post-Soviet Politics and Society” published by ibidem Press in Stuttgart, and distributed outside of Europe by Columbia University Press.