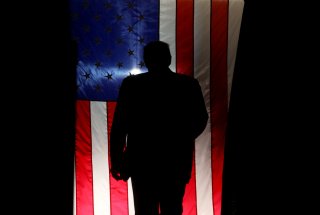 For four years much of the foreign policy establishment has lamented America’s loss of influence on the global stage. Like an aging athlete looking at faded trophies, it mourns a time when the United States was always comfortably ahead of all its competitors. It believes the disruptions of the Trump presidency and our mismanagement of a public health emergency have finally caused the world to lose faith in America. And revisionist states like China, Russia and Iran are on the march in the critical regions of Asia, Europe and the Middle East. None of this is true, as the United States—even in the Trump era—remains the world’s indispensable nation and pre-eminent power.

The destructive impact of the coronavirus pandemic has dispensed with two illusions nursed by foreign policy commentariat. The first was the optimistic hope that the challenges posed by the coronavirus would ameliorate competition in favor of cooperation—that it would create some sort of a global alliance to combat the disease. The second was the assessment that, in coping with the virus, countries like Russia, China and Iran would diminish their hostility toward international norms.

Exactly the opposite is happening. Despite the pain imposed by pre-existing Western sanctions, now compounded both by the coronavirus and a short oil price war with Saudi Arabia, Russia has shown no inclination to withdraw from Ukraine, end its use of sharp power tools to influence Western elections (including the 2020 U.S. presidential campaign) or to abandon its footprints in Syria, Libya and Venezuela. On the contrary, Russia has used disruptions caused by the pandemic to reinforce its challenges to U.S. preferences around the world. China has taken the opportunity to expand its claims and presence in the disputed maritime zones of the South China Sea and to tighten its control over Hong Kong and Xinjiang. Iran, the weakest of these revisionist states, has managed to sustain its support for the Assad dynasty in Syria and Shia militias in Iraq.

If the statements coming from all these regimes are taken at face value, then the disruptions of 2020 that have convulsed Western economies and societies are but mere bumps in the road for Moscow, Beijing and Tehran—that they have contained the damage and are well on the road to recovery. And it is not surprising that the informational tools of statecraft wielded by these states have tried to focus on all the coronavirus problems experienced by the West while glossing over the losses they have endured.

And yet, the real picture is far from encouraging. Russia is weaker now than at any point since Vladimir Putin took power. The Russian economy will contract by 5 percent in 2020 and the Ministry of Economy admits that real GDP will only begin to recover after 2022. The Russian budget is set for a break-even Urals oil price of $42, but the reality of massive gluts in energy plus collapse in global demand because of the pandemic means that for the next several years, the Russian state will be running budget deficits, and forced to drain its reserves, which could be exhausted by 2024. This comes at a time when public weariness with two decades of Putinism and the realities of economic stagnation are fueling discontent among Russians, particularly the younger generation. The massive “national projects” Putin had hoped would jump start the economy are being delayed, with completion pushed back to 2030 instead of 2024. As the economy stagnates and budget deficits rise, the cost of new arms races and overseas interventions will place new strains on the Kremlin treasury and limit Moscow's ability to continue its interventions around the world.

The Chinese leadership talks a good game but the compact that legitimizes the one-party system—the Communist regime—guaranteeing economic growth and stability—is under challenge. The pandemic pushed China into its first economic contraction since 1976 but it is not the cause of long-term problems festering underneath the glitz of China, Inc. Increasing levels of debts, ghost industries, construction and infrastructure projects inside and outside of China designed to sop up excess labor and capacity rather than contributing to economic growth, a real estate bubble, and growing un- and under-employment all point to vulnerabilities in the Chinese economy—and thus its ability to both build up its military capacities and to use economic tools of statecraft to influence other countries. Indeed, Chinese overseas investment, already in decline in 2019, has effectively dried up in the wake of the pandemic, particularly as the government worries about the outflow of capital from the mainland. Moreover, low growth could engender public unrest that would test an increasingly brittle Chinese political system.

The Islamic Republic, always the most wobbly of these revisionist regimes, has withered under American sanctions. Iran’s oil exports are down from 2.5 million barrels a day to about one hundred thousand. Its economy is shrinking, its population is disaffected and it has mishandled the outbreak of a pandemic that has ravaged its society. The regime still spends money on its imperial adventures thus further aggravating its domestic discontent. In the meantime, its much-vaunted nuclear program was recently sabotaged again, delaying the deployment of advanced centrifuges by one to two years. Iran has paid a steep price for a nuclear program that it has difficulty getting off the ground.

The United States is also taking damage from the virus and the Trump administration has hardly been a reliable custodian of our alliances. But America, even when erratically led, still possess the world’s reserve currency and its economic and financial systems remain the lynchpin of the global system. Despite self-inflicted wounds, the United States still has a network of regional partnerships that allow Washington to create coalitions that can balance against Russian, Chinese and Iranian ambitions.

Moreover, the pandemic has put items on the agenda that were not talked about before. The United States, Japan and the United States’ European partners are talking about decoupling their economies from China and reorienting their supply chains. If, in 2017, Xi Jinping was seen as a responsible global statesman who would manage the international liberal order in place of Donald Trump, China, today, is no longer seen as a benign power, particularly after events in Hong Kong and Xinjiang. Russia remains outside the confines of responsible states. Iran cannot emancipate itself from sanctions and even the Europeans now appreciate that the nuclear issue cannot be resolved without taking into account Tehran’s maligned activities across the Middle East.

Today, the revisionist powers are not only not on the verge of displacing the United States, but they have also managed to create what years of U.S. hectoring has not: regional partners prepared to step up and meet the challenges. It is not accidental that NATO officials privately voice the sentiment “Thank God for Putin” because Russia’s actions have been the single greatest factor in getting alliance members to increase their defense spending and even to agree to deployments in Eastern Europe. China’s belligerence in the South China Sea and along its disputed frontier with India has strengthened the sentiment that regional cooperation—and closer security ties with the United States—are needed to contain Beijing. In the Middle East, Gulf Arab states and Israel are drawing closer together to thwart Iranian aggression.

All this is not to suggest that America is operating at optimal speed. It is a superpower that is still mishandling a public health crisis. Its politics are broken and its treasury is empty. But in life, you don’t have to be a great swimmer, you just have to swim faster than the shark. And so far, the United States is still ahead of all the other sharks in the ocean.

Nikolas Gvosdev is a professor at the Naval War College and the editor of Orbis.

Ray Takeyh is a senior fellow at the Council on Foreign Relations. The views expressed here are the author’s own.