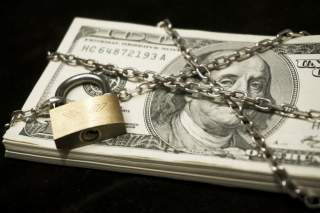 The chairman of the Senate Foreign Relations Committee, Sen. Bob Corker (R-TN), intends to introduce a bill imposing sanctions on Iran, focusing on individuals and entities involved in the testing of ballistic missiles and other “nefarious activities.” While these new sanctions will leave those issues agreed upon in the Joint Comprehensive Plan of Action (JCPOA) untouched, they are intended to strengthen the hand of Congress relative to the president by proscribing the use of waivers, with which the president can allow individuals and entities to conduct business within those sectors of the Iranian economy subject to sanctions on a case-by-case basis. In forbidding the use of waivers by the White House, Congress will limit the president’s ability to negotiate future deals with Iran, and insert itself into any such deals.

However, while Congress’s desire to sanction Iran over its missile and procurement activities and control any future negotiations with Iran is understandable—and predictable, as ninety-eight senators voted in favor of reviewing the terms of JCPOA—they are misguided in their desire to tie the hands of the president. Sanctions are not a foreign policy in and of themselves, but are tools for use in bargaining. Though it demonstrates a strong commitment by Congress to halting Iran’s testing of ballistic missiles, taking away the president’s ability to bargain can in the long run harm the United States’ ability to extract concessions from the Iranians. The very goal of the sanctions will be more difficult to achieve.

From one point of view, the actions of Senator Corker and his main cosponsors, Sens. Bob Menendez (D-NJ) and Joe Manchin (D-WV), would seem completely rational. In eliminating the president’s ability to issue waivers and mandating that Congress be involved in any negotiations with Tehran in the future, Congress is signaling their resolve to halting Iran’s missile program. Academic research tells us that sanctions originating in Congress generally last longer, being more difficult to terminate, and therefore may cause more sustained economic damage to the target.

But Senator Corker and his allies are mistaking the means with the end. Instead of passing legislation demonstrating opprobrium for Iran’s ballistic missile program and maintaining sanctions on those involved while committing the United States to a final resolution, Congress is instead committing to the sanctions regime itself—a sort of perverse credible commitment.

In international relations theory, a credible commitment is an instance in which an actor voluntarily constrains themselves so as to induce positive behavior from the opposing actor—it is an act upon which positive future relations between actors can be built. In the case of the proposed sanctions, a credible commitment by the United States would amount to Congress imposing sanctions while maintaining waivers and adding incentives—limiting ability of the United States to change course unless positive Iranian actions warrant change, which would come incrementally. In an ideal world, this would lead to a negotiated settlement with Iran over its missile program, and the end of sanctions.

However, by limiting the president’s ability to negotiate with Iran or continue providing waivers as incentives, the United States will have committed itself not to the resolution of the issue at hand, but to the sanctions regime itself. This runs counter to the very logic of sanctions as bargaining tools, and, regardless of the amount of resolve this signals to the Iranians, will likely not further the United States’ bargaining position.

So, while wresting power away from the president may at present seem a desirable goal for Senator Corker and his allies, on balance, the effect may be negative. Sanctions must serve an ultimate goal; they cannot be a goal in and of themselves.

Timothy Turnbull is a PhD Candidate in Political Science at Brown University, focusing on economic statecraft and realist conceptions of international political economy. He is currently writing his dissertation on the effects of multilateral bargaining over UN targeted sanctions.

Image: Hundred-dollar bills under lock and chain. Flickr/@Pictures of Money