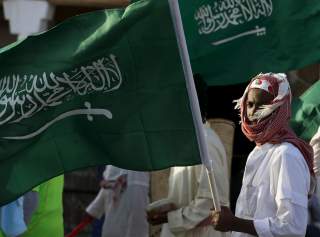 As Saudi Arabia adjusts its social contract to lean away from religion and towards nationalism, it is siphoning power away from the religious extremists who have long dogged its reputation and security. But in so doing, it is also giving power to a new brand of Saudi radical: the hyper-nationalist. And while the Saudi hyper-nationalist trend does not seek the same kind of violent, global caliphate as previous Saudi extremists like Osama bin Laden, they nevertheless pose a real risk not just to the reputation of the Kingdom, but to its more independently-minded Gulf Arab neighbors, and aspects of its critical relationships with the West.

Crown Prince Mohammed bin Salman and his hyper-nationalist deputies, Saud al-Qahtani and his agents in the Center for Studies and Media Affairs, are carrying out a far-ranging campaign against activists, academics, influencers and public personalities to rapidly transform Saudi Arabia’s social contract from religion-cum-tribalism to modern nationalism. The imperatives driving this transformation are multiple. At its core, the Saudi social contract is years out of date. The religious establishment’s long-standing loyalty, especially after the Siege of Mecca in 1979, helped glue Saudi society to the monarchy. But Saudi religiosity is changing, undermining the political potency of the clerics who once could reliably rally followers to the flag. The Kingdom’s cradle-to-grave welfare system is increasingly unaffordable; whereas once Riyadh could dump dollops of cash onto unruly citizens and regions to purchase loyalty, now the state must find means to turn its citizens into productive workers thriving in their currently moribund private sector. With the religious and economic planks weakened, Riyadh has sought to use nationalism as a salve to patch the strained relationship between rulers and ruled.

It is a remarkable pivot. Saudi nationalism is a relatively new concept: not until 2005 did King Abdullah bin Abdulaziz officially recognized a National Day for the Kingdom, and only in recent years has the holiday begun to gain steam in the public sphere. Saudi kings typically saw nationalism as a dangerous flirtation with the anti-monarchical, pan-Arab nationalism espoused by Egypt’s Gamal Abdel Nasser, and therefore sought to limit its growth. Now the Kingdom is embracing the concept with gusto to shore up its social contract.

On the edges of this growing nationalist movement are the hyper-nationalists—mostly men, often young, who patrol social media, sometimes in foreign languages like English. They help shape the narrative of the Kingdom’s reputation and establish new red lines that Riyadh must consider when crafting policy. In 2018 alone, they helped stoke Canadian-Saudi tensions; cheered on the detention of women’s rights activists; extolled mass executions of political dissidents; justified the killing of Jamal Khashoggi, while taking on the mantle of maintaining public order once held by the religious police. As the taboos of the old religious establishment fade away, the hyper-nationalists are moving to command public opinion.

Sometimes, the hyper-nationalists are useful tools for the state to enforce policy, shape public sentiment, and adjust the social contract. As nationalism gains credence, the religious establishment’s disquiet with social reform will increasingly become irrelevant—an important evolution in the state’s character, as many social reforms, like allowing women to travel and work freely, are also economic in nature. It will also help isolate the religious extremists within Saudi Arabia; although jihadi ideology has been given a stinging propaganda defeat with the destruction of the territorial version of the Islamic State, young Saudis, particularly in hinterland provinces being overlooked by the Kingdom’s tumultuous reforms, nevertheless find solace in the appeals of extremist preachers. There may be military benefits as well: typically casualty-averse, more nationalist military ranks may increase their tolerance for risky operations and national sacrifice, traits that Riyadh has chased for decades with little success. That will allow Saudi Arabia to be more confrontational with its regional rival, Iran, and mitigate some of the war weariness cropping up from its intervention in Yemen.

Other times, the hyper-nationalists have proven to be reputational and policy risks for a Riyadh trying to court foreign investment and maintain strategic alliances. Al-Qahtani is widely blamed for the botched Khashoggi operation, an issue that has soured relations between Saudi Arabia and America’s Congress. Saudi Arabia’s hyper-nationalists also helped drive the Canadian-Saudi diplomatic spat of August 2018 which has interrupted the long-standing relationship between Canada and Saudi students, and which threatened to derail business relations between the two countries. The hyper-nationalists have also raised tensions with Iran: in an editorial in state-backed Arab News in May 2019 (which is part of Saudi Arabia’s Saudi Research and Publishing Company that is a key vehicle in pushing the nationalist narrative), the editorial board argued for punitive military strikes against Iran in retaliation for the tanker attackers in the Gulf of Oman and attacks by the Houthis on Saudi oil infrastructure.

Moreover, the ever-evolving concept of national dignity will produce new diplomatic challenges for both Riyadh and its allies. While Saudi Arabia has never welcomed foreign opinion on its domestic affairs, it has, in the past, been able to ignore popular opinion in the name of state security, as it did when it invited in Allied troops to defend the Kingdom from Iraq after the invasion of Kuwait in 1990, and, more recently, as it reaches out to Israel for a common front against Iran.

Moreover, Saudi nationalists have shown less tolerance for the regional deviation of nearby Gulf Arab states. Qatar has taken the brunt of these attacks, and the blockade has become infused with a nationalist spirit that will be hard to turn down should Riyadh ever find resolution with Doha. In the future, Oman and Kuwait may also face the strengthened ire of these nationalists. Oman’s Sultan Qaboos has been independent enough, especially with Iran and Qatar, to face pressure from Riyadh. Qaboos helped scuttle a Saudi attempt to strengthen the regional Gulf Cooperation Council (GCC) into a Gulf Union in 2013, something that upset Saudi Arabia’s strategy of turning the GCC into a more unified front against Iran. In addition, Oman has never joined the Qatar boycott, and Muscat has felt exposed enough to Saudi criticism to take stridently pro-U.S. measures, like inviting Israeli prime minister Benjamin Netanyahu to Muscat in November 2018, to reassure its alliance with the Americans. (It also opened up a military base with Britain, the first since decolonization in 1970). Finally, Kuwait’s long-standing territorial dispute in its oil-rich borders with Saudi Arabia also will increasingly take on nationalist tinges not present before.

Perhaps most of all, Saudi Arabia’s new nationalism will infuse it with the political backing it needs to resist foreign influence to change its behavior. As Western allies grow concerned about Saudi Arabia’s human-rights record and conduct in Yemen, pressure from allies to change Saudi Arabia’s behavior will butt up against nationalist demands for the monarchy to maintain the Kingdom’s sovereignty. This will be a marked change from the heady days of George W. Bush and King Abdullah, when Bush helped pressure the king to hold municipal elections as part of his regional Freedom Agenda. Even close allies of the Kingdom may find that the more nationalism gains stature in Saudi Arabia, the more closed the minds of its officials become.

Ryan Bohl is a Middle East and North Africa analyst at Stratfor. He holds a BA in history and an MAEd from Arizona State University, where he studied Middle Eastern history and education, and St. Catherine’s College at the University of Cambridge. He lived and taught in the United Arab Emirates and Qatar from 2009-14.