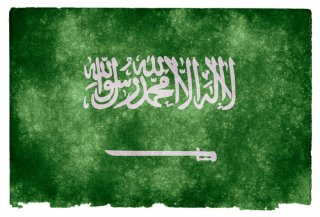 Saudi Arabia’s new King Salman bin Abdulaziz Al Saud takes power at a time his ultra-conservative kingdom finds itself increasingly under siege from the Islamic State in Iraq and Syria (ISIS) and Iranian-backed Houthis in Yemen. However, its own rule has contributed to its current predicament.

With good reason, the late King Abdullah, who died Friday at age 90, had described Saudi Arabia as facing “unprecedented regional challenges” such as “the quagmire of civil war and sectarian conflicts" consuming neighboring countries.

Of greatest immediate concern to King Salman, 79, must be the fall of Yemen to Shiite Houthis who have turned to Iran to help consolidate their takeover. As a result, the Saudis find themselves facing for the first time an Iranian-backed Shiite government both in Iraq to the north and Yemen to the south with long porous borders to defend against ISIS and other terrorists. Al Qaeda in the Arabian Peninsula (AQAP), which took credit for killing a dozen Charlie Hebdo cartoonists in Paris on January 7, is based in southern Yemen.

The stability of the Saudi kingdom is of crucial concern to the United States because it is the key Arab ally fighting in the U.S.-led coalition against the Islamic State. The Saudi Air Force has been participating in the coalition’s daily bombing campaign, though mostly in a supporting role. The kingdom has also closely partnered with the Obama administration in a similar campaign against AQAP, allowing U.S. drones to fly from Saudi air bases.

The Saudi kingdom is the birthplace of Islam and considers itself both the chief protector of its holiest sites in Mecca and Medina and the chief defender of the Arab world’s majority Sunni Arab population. On the ground, however, ISIS has emerged as the main protector of the Sunnis in the wars raging in Syria and Iraq, while Al Qaeda is now playing that role in Yemen against the Houthis.

In November, ISIS published a theological diatribe in which it vowed to expand to “the lands of al-Haramain and Yemen.” The former term refers to the two holy sites of Mecca and Medina, located in western Saudi Arabia. “There will be no security nor rest for Al-Salul (al-Saud) and their soldiers after today,” it fulminated, adding “Soon the vanguards of the Islamic State will reach you.”

Making good on its promise, earlier this month four heavily armed ISIS militants were intercepted crossing the kingdom’s northern border with Iraq. In the ensuing gun battle, the four infiltrators were killed along with three Saudi border guards, including one high-ranking officer. The Saudi government also blames ISIS for a November attack in which three gunmen fired on Shiites worshipping in the Eastern Province, killing seven. It accused the group of seeking to incite “fitna,” or civil strife, between the kingdom’s majority Sunni and minority Shiite populations to “destroy the stability of the kingdom.”

Despite the late King Abdullah’s description of the kingdom as “an oasis of peace,” the list of its declared enemies is impressive and encompasses not just Islamic extremists groups, but all human-rights and political activists. Among those the Saudi government has officially designated as “terrorist groups” are ISIS, AQAP, the Al Qaeda–affiliated al-Nusra Front in Syria, the Houthis in Yemen, Hezbollah in Saudi Arabia and the Egypt-based Muslim Brotherhood.

Indicative of the growing threat, earlier this month the government announced it was holding 3,348 people accused of extremism or terrorism, 514 of them foreigners, including 130 Yemenis and seventy-five Syrians.

The government has mobilized the kingdom’s ultra-conservative Wahhabi religious establishment to combat the rising ideological and political appeal of ISIS to its own conservative youth, over 2,000 of whom have gone on jihad to fight for ISIS in Syria or Iraq. The Saudi grand mufti, Sheikh Abdulaziz al-Asheikh, has labeled ISIS and Al Qaeda “enemy number one of Islam” and denounced their “ideas of extremism, radicalism and terrorism” as alien to Islam and their methods “misguided,” “false” and “far away from the right path.”

But neither al-Asheikh nor other senior Saudi religious leaders have spelled out what precisely distinguishes the Saudi puritanical interpretation of Islam in its daily practices from that of ISIS. Both apply Islamic Sharia law in its strictest sense and resort to harsh punishment, including public lashings and beheadings. Both regard Shiite Muslims as heretics and Christians and Jews as little better. Both oppose any questioning of official religious and political authorities.

Both also oppose celebrating the Prophet Muhammad’s birthday or worshiping images. Recently, a Saudi cleric condemned even the building of snowmen as un-Islamic, because it imitated the image of a human being. Meanwhile, the Saudi grand Mufti has denounced Twitter as “the source of all evil and devastation,” while ISIS has shut down cell phone towers altogether in places like Mosul, albeit partly for security reasons.

Saudi Arabia has been struggling to convince both its Western critics and other Muslims alike that the Islamic fundamentalism it espouses is not a primary source of the religious extremism and terrorism engulfing the Middle East. But stiff punishments meted out to those challenging the kingdom’s religious or political authorities have undermined its claim that it espouses a “moderate” form of Islam. On January 9, one Saudi blogger Raif Badawi, received the first fifty of 1,000 lashed ordered to be carried out in public in addition to ten years in prison. Eight U.S. senators wrote a letter to the late king calling the flogging “barbaric” and demanded his release. So far Saudi Arabia has only temporarily postponed further lashes after he was deemed unfit on medical grounds. Meanwhile, already this year, Saudi Arabia has beheaded at least 16 people for various crimes.

The severity of these measures suggests the Saudi royal family feels it is under siege on all sides, from its non-violent critics at home to foreign Islamic extremists groups and Yemeni Houthis abroad.