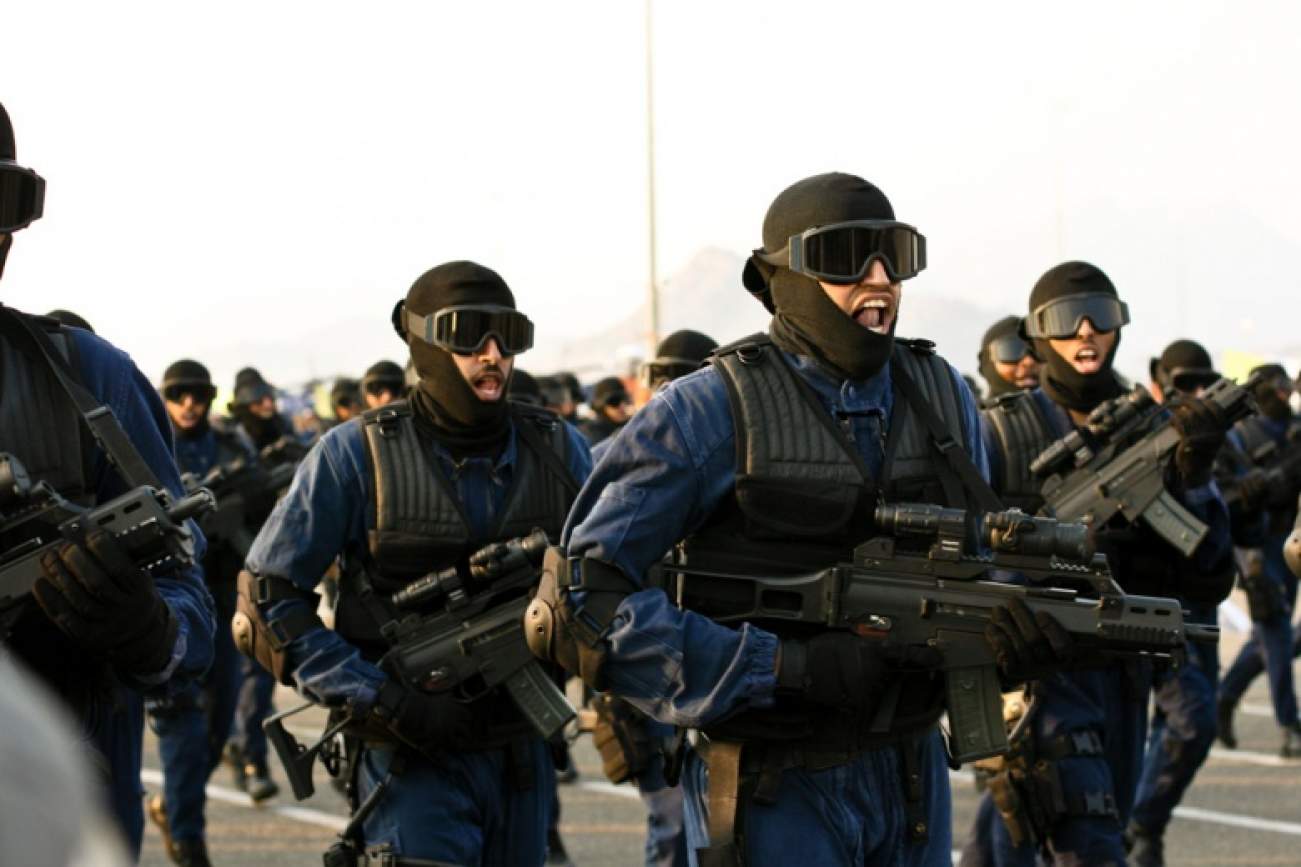 Until the end of the 2010s, the Kingdom of Saudi Arabia was more known as an oil superpower than as a military actor seeking regional dominance. Often exerting enormous influence over global oil supply and pricing, the kingdom was also known for the pursuit of a low-profile foreign policy, characterized by restraint and operating mostly in tandem with the United States, as in Afghanistan during the Soviet occupation (1979–88), providing financial assistance to the anti-communist UNITA in the Angolan Civil War in the 1980s and even backing the faraway Contras in Nicaragua in the same decade. That is no more. The Saudis have in recent years dominated global news headlines by assuming high-profile diplomatic and military roles.

The air assault on Yemen in March 2015 to stamp out the Houthi rebels who took over Sanaa after ousting Saudi-backed president Abdu Rabbu Mansour Hadi, the March 2011 military incursions into Bahrain to trample the pro-democracy forces, the formation of a thirty-four-nation Islamic military alliance in December 2015, and proxy involvements in the Syrian Civil War are but a few examples of Saudi Arabia’s muscular foreign policy approach to deal with threats and enemies, perceived or real. There is a clear departure from the traditional policy of restraints to a hard approach to stand up to the overt or covert hostile groups and states.

What is militarily guiding Saudi Arabia’s hard approach to threats and enemies is a defense doctrine developed and executed in the last two to three years. Dubbed the new Saudi Defense Doctrine (SDD), it was first articulated, unofficially though, by a Saudi defense analyst back in 2014 under the title “A Saudi Arabian Defense Doctrine.” Prince Sultan bin Khaled al-Faisal, a former commander of the Royal Saudi Naval Forces, presented the fundamentals of the doctrine in early October 2015, in an address he delivered in Washington, DC. The prince identified a series of defense objectives and said: “The primary aim of the new defense policy is to defend the homeland, protect Saudi citizens, secure national interests, bolster defense of partner states and strengthen [Saudi] interagency partnerships.” The same objectives are also spelled out, more elaborately, in the aforementioned report, “A Saudi Arabian Defense Doctrine.”

What the SDD Aims For

A quick look at the Saudi defense doctrine reveals a number of important points. The doctrine is no doubt a response to unconventional threats posed by powerful nonstate groups (Al Qaeda, ISIS’s “caliphate” or Hezbollah); more importantly, it is the Saudi answer to pent-up frustrations created by the Obama administration’s signing of a nuclear deal with Iran in July 2015. The U.S.–Iran nuclear deal was deeply unsettling for the Saudis, as it was for the Israelis, who perceive a nuclear-armed Iran as circumventing their foreign and defense policies in the Middle East. Both Saudi Arabia and Israel, America’s traditional allies, interpreted the deal as a major U.S. concession to facilitate the rise of Iran as a hegemonic power in the Middle East. The Saudi rulers were especially nervous that non-Arab, Persian-speaking Iranians, once they would be free to pursue the nuclear option (after fifteen years the deal largely loosens restrictions), would force the Arab states to seek Tehran’s prior approval for all regional policy issues or that actions on every regional policy issue must pass through Tehran— a scenario that must be stopped. Dealing with political instability and violence emerging from the  Arab Spring  is another major objective of the doctrine. So is the elimination or prevention of regional terrorism under one disguise or another.

Implicit in the Saudi doctrine is the idea that with U.S. influence waning in the Middle East, and the absence of a countervailing power to Iran (as was Iraq under Saddam Hussein), Saudi Arabia remains the only financially and militarily capable state to lead the Arab countries, fight back the forces of instability, defend its strategic partners in the Gulf and beyond, and play the role of “ultimate regional defender.” The SDD, accordingly, envisions ambitious defense spending in the next decade or so to make Saudi Arabia a regional military hegemon. Air force, naval fleet and combat-ready ground forces are expected to double, at the massive cost of $250 billion over the next decade. Eventually, Saudi Arabia would have the force capability to fight a two-front war simultaneously—anti-Saudi forces on the insecure southern borders with Yemen, and the volatile northern borders with Iraq and Jordan where ISIS and Al Qaeda forces roam around freely as Iran is makes strategic inroads.

The SDD Faces Its Maiden Test

The defense doctrine, though still in its early stage of development, is faced with a series of military and strategic odds. The war against Houthi forces on the southern Saudi–Yemen border has tested it severely. Saudi Arabia’s rulers see the Houthis as Iranian proxies and have justified the war on Yemen in the name of restoring to power Yemen’s legitimate president, Hadi, toppled in February 2015. The outcomes of the war have so far been mixed, however. Other than driving out the advancing Houthi fighters from southern Yemen with the direct participation of the nine-nation Arab coalition, and logistical support by the United States (midair refueling, rapid arms supplies, et cetera), the Saudis have not succeeded in seriously downsizing Houthi military or political power. The war, at the same time, is draining the Saudi state economically, politically and strategically ($6 billion war expenses per month) at a time of declining oil prices; Riyadh seems trapped in a protracted and devastating conflict, with no immediate end in sight.

The concept of a two-front war, as promoted by the SDD, came close to being a reality after the kingdom had threatened to send troops to Syria in February this year. The announcement for troop deployment to Syria was made in the midst of massive military exercises on the northern front, codenamed “Operation Northern Thunder,” in February–March 2016, with the participation of twenty Arab and Muslim states. Iran perceived it as a Saudi ploy to dislodge the Bashar al-Assad government and issued stern warnings, raising the specter of intensified conflicts and all-out confrontations with the Saudis. Syria thus became a possible front for power projection: fighting two wars simultaneously, though the Saudi leaders stopped short of launching a land assault in Syria in the end.

The Many Downsides and Fallacies

Half-hearted progress on the southern border and backing away from the northern front exposed the Saudi defense doctrine to multiple inherent weaknesses, originating in a series of inflexibilities contained in the doctrine, unsound theoretical or conceptual constructs, and the doctrine’s feeble connection to regional and global realities.

Take, for example, the doctrine’s philosophical underpinnings. The SDD is built on the German Schlieffen Plan of World War I, developed by General Count Alfred von Schlieffen to quickly defeat France in the short time span of six weeks while holding off Russia and Great Britain, France’s allies. The plan envisioned a massive and successful surprise attack against France, and based its operational effectiveness on a number of assumptions: that the French army would collapse in less than six weeks, that Russia would need at least six weeks to mobilize its forces against Germany, and that a six-week war would put off Britain from getting involved in the war. The reality was that Britain, once Belgium’s neutrality was violated by the German imperial army to reach to France, soon declared war on Germany, and Russia deployed its forces to the German border at a rapid pace. Neither was France defeated. It is surprising that the Saudi defense doctrine is based on the warfighting ideas of the disastrous Schlieffen Plan, a plan that eventuated in a total German surrender to the Triple Entente of Britain, France and Russia.

Equally surprising, if not totally improbable, is the idea of a two-front war that the Saudi defense doctrine plans to fight simultaneously. Fighting a two-front war and scoring successes in such a war depend on a number of critical factors: unchallenged or formidable military might, massive economic resources and financial clout, and solid commitments from allies. In the post–Second World War period, the United States remains the sole example to have waged a two-front war—in Afghanistan and Iraq, but with little success, despite being a military and economic juggernaut backed up by allies. The Obama administration, in fact, abandoned the two-front war doctrine by deciding to go for a complete withdrawal from Iraq by December 2011. Since a superpower has unsuccessfully executed a two-front war, Saudi Arabia, a regional middle power, should think twice whether it should stick to it or revise the doctrine to fit domestic capabilities.

If examined closely, there are striking similarities between the Saudi defense doctrine and the Bush doctrine. President George W. Bush declared an all-out war on Al Qaeda, as well as groups or states allied with or perceived sympathetic to Al Qaeda, solely relying on military force. He hardly had the patience to try diplomatic methods to build international consensus to deal with Iraq’s dictator, Saddam Hussein, who was falsely perceived to have links to Al Qaeda and was accused of developing weapons of mass destruction. In a similar way, the Saudis launched their air offensive on Yemen without exhausting the available political and diplomatic tools to solve the Houthi rebellion. Many wonder why this war could not be avoided—a war that is gradually turning into Saudi Arabia’s Vietnam.