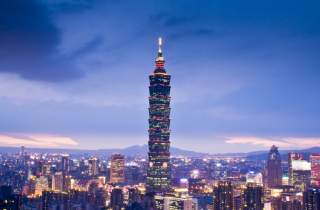 JOHN J. MEARSHEIMER, the distinguished University of Chicago political scientist, argued in the National Interest two years ago that Taiwan had almost no hope of maintaining de facto independence. China, he made clear, will grow so strong in the coming decades that it will, as a regional hegemon, be able to evict the United States from East Asia, dominate its periphery and, one way or another, absorb the island that lies a mere hundred miles from its shores.

Fortunately for the twenty-four million people living in Taiwan, almost everything Mearsheimer thinks about the island’s future is wrong. Mearsheimer gets one thing right, however: the People’s Republic of China will try to make Taiwan its thirty-fourth province.

Mearsheimer relies on standard realist theory to explain Taiwan’s predicament. “The only way to predict how a rising China is likely to behave toward its neighbors as well as the United States is with a theory of great-power politics,” he writes. Applying this theory, he tells us there are two “logics,” China’s nationalism and the country’s imperative to security. “Both logics,” he continues, “lead to the same endgame: the unification of China and Taiwan.” Mearsheimer believes the United States, working to prevent China from dominating its periphery, will at first try to make Taiwan a part of its “anti-China balancing coalition.” Eventually, however, Washington will decide to let go of Taiwan because the prize is more important to the Chinese than to the Americans. From there, it is all downhill for Taipei.

There is an elegant logic to Mearsheimer’s argument, even if it comes off as deterministic at times, but there are two main reasons why Taiwan will prove to be far more resilient than he thinks. First, China during the coming decades will not resemble the country that inhabits Mearsheimer’s imagination. Second, even if China becomes the dominant regional power, as he believes, its neighbors will block it from taking over East Asia. Mearsheimer, perhaps the leading realist thinker today, isn’t all that realistic about Taiwan’s future.

AT THE core of “Say Goodbye to Taiwan” is the assumption that China will continue its extraordinary rise. But will it? In 2014, when the piece appeared, Mearsheimer’s prediction appeared sound. Today, it does not.

China’s economy is sputtering. Beijing has given up on reform. Instead, it is moving to close off the country’s markets, targeting multinationals and recombining already monopolistic state enterprises. At the same time, Chinese technocrats have reacted to a slowdown in growth by piling on debt at alarming rates. The rapid buildup—debt is growing at least four times faster than gross domestic product—has enlarged underlying imbalances in the economy and postponed a natural downward adjustment, making the crash, when it comes, far more severe than it ever had to be. Even People’s Daily, the ruling elite’s mouthpiece, appears anxious. In May, a front-page feature warned about a “systemic financial crisis.”

And while this is occurring, the country’s political system is fracturing, its social fabric fraying, its environment deteriorating, its people emigrating, its demography beginning a century-long decline. China is held together only through the Communist Party’s increasingly coercive governance, unsustainable in a fast-modernizing society. “China has hit the ceiling” is how Gerrit van der Wees, former editor of Taiwan Communiqué, characterizes the situation across the Taiwan Strait.

China, unfortunately for the party, has passed not just an inflection point but also the point of no return. A prolonged period of regressive moves on almost all fronts—well into its second decade—indicates there are no solutions possible within the context of a political system that leaders will not change.

Mearsheimer is not unaware of China’s difficulties. He notes at the end of “Say Goodbye” that Taiwan’s only hope is “a drastic slowdown in Chinese economic growth in the years ahead and that Beijing also has serious political problems on the home front that work to keep it focused inward.” Yet the line is an afterthought, no more than a passing comment at the end of a lengthy essay, and not integrated into his argument.

Mearsheimer’s fundamental premise—that China’s extraordinary rise will continue indefinitely—is unlikely to hold true. Yet even if he is right on this score, his application of realist theory to Asia is deeply flawed. In his telling, there are only two powers in East Asia that count: China and the United States. As Jon Meacham wrote in Time within months of the release of “Say Goodbye,” we should be thinking “in kaleidoscopic terms, not binary ones.” And with regard to both the world—Meacham’s topic—and East Asia, he is right. There is, in short, more to the region than just China and the United States.

As an initial matter, China does have friends. Beijing can almost always count on Cambodia and Laos to support its efforts to block the Association of Southeast Asian Nations from issuing resolutions it does not like. When prompted, the pair will put out statements of support on issues of the day. That, however, is about the extent of the help they could give China on Taiwan. Thailand, in a region without America, would likely gravitate into China’s orbit. Washington’s criticisms of prolonged military rule have already pushed Bangkok toward Beijing.

There is always the Democratic People’s Republic of Korea, China’s only formal ally. Pyongyang’s support on the Taiwan issue—if Beijing could attain it—is worth nothing in international councils. If anything, the North Korean regime, by mere association, further tars China’s image. The only utility Pyongyang provides in regards to Taiwan is on the battlefield. The North could, if it wanted, create an excellent diversion by sending armor over the Demilitarized Zone as Chinese ships sailed toward Taiwan’s shores. Yet Kim Jong-un, who has done his best to alienate his horrific regime from Beijing, is unlikely to jeopardize his position to help China, especially given the decrepit state of his conventional forces.

MOSCOW, MORE than Beijing’s other friends, could be a factor. Today, China and Russia appear to be coordinating actions in East Asia. In early June, for instance, they looked as if they were acting in tandem in pressuring Japan. Then, vessels from both navies intruded, at about the same time, into Japan’s “contiguous zone,” the band of international water between twelve and twenty-four nautical miles from a state’s shore. The incursions occurred around the Senkaku Islands, which China claims as its own. In September, the Chinese and Russian navies jointly practiced an “island-seizing mission” in the South China Sea.

The partnership between the dragon and the bear has grown closer in recent years as they have knitted their external policies together. China’s Xi Jinping and Russia’s Vladimir Putin are particularly close. They refer to the “uniqueness” of relations, and their ties, as both perceive them, are truly one of a kind. They view themselves in the same terms and see their interests converging; they are, in short, like-minded. Their partnership could survive their passing—in June, Xi said his country and Russia should remain “friends forever”—but new leaders could define their interests in different ways. Some speculate that a post-Putin Russia will return to a more adversarial stance toward neighboring China.

And yet, Russia failed to announce its full support for Beijing’s boycott of Philippines v. China, even though lining up endorsements was one of China’s most zealously pursued goals of recent years. Kremlin analysts can read Mearsheimer just as well as others and undoubtedly do not want the fast-expanding People’s Liberation Army (PLA) dominating that strategic body of water. And if that is the way the Russians feel, it would make sense for them to prevent Taiwan from falling into Chinese hands, giving Beijing control of the strategic intersection of the South China and East China Seas. Mearsheimer, applying his theory of great-power politics, believes Russia will eventually move to contain China.

And China has far more adversaries than friends. Even as Chinese power seemed to be growing inexorably, Beijing was losing support along its southern and eastern peripheries. The Chinese have seen friendly leaders go down in a string of elections, most notably in India in 2014, Sri Lanka and Burma last year, and Taiwan this January.

The electoral losses are a part of the trend of states coalescing against the region’s strongest power. And some of these states actually matter in the struggle between China and Taiwan. Take Japan, whose Self-Defense Forces are among the most capable conventional military of any East Asian state, especially if the Chinese ships and planes deployed outside the region are excluded from consideration.

As China historian Arthur Waldron of the University of Pennsylvania is fond of pointing out, on a clear day you can see Taiwan’s mountains from Japan’s soil. In fact, the westernmost inhabited Japanese island, Yonaguni, is actually south of Taipei and only fifty-eight nautical miles from Taiwan’s east coast. The Japanese, not surprisingly, are keenly aware of the geography and know that a Taiwan in Beijing’s hands would be a mortal threat to their country. “Taiwan and Japan are a single unit strategically,” Waldron told me. “Japan will simply not let China have it.”