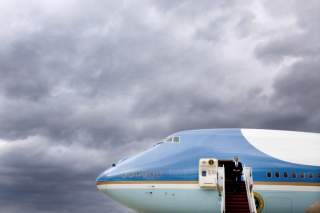 Now that the fanfare has died down and Air Force One has made its way back across the Pacific, the question begs: how successful was President Barack Obama's recent visit to East Asian capitals in Japan, South Korea, Malaysia, and the Philippines, and what does it portend for the future?

Apropos of that question, the logical start point is to consider the Obama administration's objectives for the trip, and the degree to which they were met. According to statements emanating from Washington, the primary objective of Obama's trip was to reinforce American commitment to the region by building on the political, security, and economic prongs of its rebalance strategy. With this in mind, let's consider the achievements.

Obama's April visit to East Asia was in many respects to "make up" for the cancellation of an earlier trip scheduled for October 2013, where he was to attend APEC, ASEAN, and East Asia Summit meetings. Given the consternation that the cancellation evoked across the region, the fact that Obama so quickly rescheduled his trip—his sixth to the region as president—was itself a huge boost for a region hankering for clear signs of Washington's commitment.

The objective of reassuring security partners was for the most part met through several key statements and initiatives. Despite their reportedly cool personal relationship, Obama's reaffirmation in Tokyo that the Senkaku islands—subject of acrimonious dispute between Japan and China—are covered under the U.S.-Japan Alliance brought a discernibly warm smile to Prime Minister Shinzo Abe's face. To be sure, both his secretaries of state had previously already stated this. Nevertheless, the fact that President Obama saw fit to reiterate it in Tokyo must surely have been a welcomed boost for Japan. His assurances to South Korea in relation to North Korean aggression were equally welcomed. In Manila, Obama put his stamp on a ten-year, U.S.-Philippine military pact that would provide much needed deterrence capability for a government at the receiving end of Chinese assertiveness over competing South China Sea claims. With three of his four host governments having suffered humanitarian tragedies in recent months, the visit proved an opportune time for President Obama to reinforce longstanding American commitment to provide humanitarian relief in disasters.

From a broader Southeast Asian perspective, the visits to Kuala Lumpur and Manila also provided much needed substance to the "rebalance within the rebalance," where greater attention is to be given to Southeast Asia in Washington's East Asia policy. Nevertheless, President Obama's strong support for arbitration on competing South China Sea claims, no doubt referring to Manila's submission to the International Tribunal for the Law of the Sea against Beijing, is likely to complicate China's commitment to ASEAN's objective of promptly concluding a Code of Conduct. More to the point, notwithstanding Obama's reassurances that the strengthening of these security ties were not targeted at Beijing, the hawks in China will interpret this visit precisely in such a light.

As for economic objectives, these were centered squarely on the need to make progress on the Trans-Pacific Partnership (TPP). Specifically, Washington hoped to secure commitments from Japan and Malaysia, two of the twelve partners in the TPP. Yet because of public opinion and opposition from key sectors of the respective local economies, securing the buy-in from these two countries was always going to be difficult. In this regard, President Obama came up short. While both Obama and Abe released statements that the United States and Japan would coordinate closely in multilateral financial and economic institutions to advance trade liberalization, the fact of the matter is that Obama left Tokyo without the assurances he sought regarding the latter's willingness to push the TPP through against domestic lobbies. The same scenario played out in Malaysia, where despite the momentous occasion of the first visit by a sitting U.S. President since Lyndon Johnson, Prime Minister Najib Razak was unable to provide similar assurances on the TPP, given his weak domestic political position.

Returning to our start point, if the matter at hand was reassuring the region, then we can conclude that, at least for his hosts, the Obama visit appears to have been a success. What, then, is the path ahead for American engagement in the region? Two observations can be made in this regard. First, there is a tendency for some to view American commitment in East Asia in relation to the Middle East. In brief, this view assumes that Washington's inability to extricate itself from the Middle East would restrict its ability to strengthen its presence in East Asia. By this token, Obama's signal visit was widely applauded by America's East Asian allies. Yet while it is certainly not in the interest of America's Asian friends and allies to have Washington embroiled in the intractable problems in the Middle East, neither should they desire a complete disengagement from that region. Should the United States retreat from the Middle East, the entire strategic landscape in that region would shift in ways that can only be to the advantage of China and Russia. Any sizable reduction of the American footprint in the Middle East would open the door to China, and Beijing would certainly enter, if only to secure much-needed natural resources. Simply put, East Asia, and certainly Southeast Asia, cannot afford for the United States to take its eye off the Middle East completely.

Second, despite the goodwill demonstrated, the fact that Obama's 2014 Asia trip was in many respects a rescheduled visit yet again reminds us how American foreign policy can be, and has often been, held hostage by domestic politics. Lest we forget, the cancellation of the October 2013 trip was brought about by the government shutdown in Washington, and the shutdown itself was a consequence of the deeply polarized state of American politics. Likewise, while it was heartening to see President Obama quickly reschedule his trip to Asia, reaffirming America’s commitment, it remains to be seen if his successor will be equally committed to rebalancing the region.

Joseph Chinyong Liow is a Professor of Comparative and International Politics and Associate Dean at the S. Rajaratnam School of International Studies, Nanyang Technological University.