With Security Challenges Looming, Time for Japan to Step Up 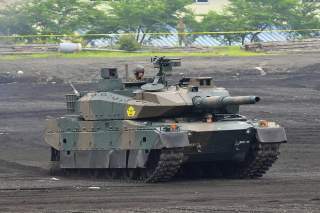 Security challenges in East Asia are becoming increasingly serious. North Korea is developing a missile-deliverable nuclear weapon, and the long-term stability of the Pyongyang regime is questionable. Taiwan, which Beijing claims as part of Chinese territory, is about to have a presidential election in which a candidate from a pro-independence party is the front-runner. China has also become increasingly assertive in its territorial disputes with Japan and several Southeast Asian countries.

The United States has long taken responsibility for ensuring the security of East Asia, providing the military muscle for everything from deterring North Korean aggression to providing humanitarian aid in the wake of natural disasters. The challenges in East Asia, however, are now such that the region can longer rely on the United States to take the lead in responding to every event. Other countries need to play a greater role in contributing to the security and stability of the region. No country is more important in this regard than Japan. With the world’s third-largest economy, one of the region’s most capable militaries, and as a democracy whose international behavior has been completely peaceful for over 70 years, Japan has a unique potential to be a force for peace, security, and human rights in the region.

For Japan to become a major contributor to East Asian security, however, several things will have to happen. First, Japan must acquire the legal and physical capabilities to participate in a wider range of activities. Some of this has already occurred. Japan’s legislature recently enacted revisions to the country’s national security laws that loosen limitations on the use of Japan’s armed forces, and the government of Prime Minister Shinzo Abe has pledged to increase defense spending. Nonetheless, more needs to be done. Japan’s Self-Defense Forces need to increase their ability to operate in cooperation with the forces of other countries in the region such as the United States, South Korea, and Australia. Japan also needs improve its ability to monitor the seas and airspace around Japan, strengthen its capability to quickly detect and neutralize cyberattacks against military and civilian computer systems in Japan, and increase its missile defense capabilities. Japan’s Coast Guard needs to acquire the legal authority and physical capability to disarm and detain armed civilians.

The United States has an important role to play in facilitating Japan’s emergence as a major contributor to East Asian security. America must retain the capability to deter and prevent nuclear, biological, and chemical weapons attacks on Japan, so that Tokyo can continue to be secure from such threats by North Korea and other countries. The United States must also be willing to provide Japan with the advanced military systems and related technical data that Japan needs to become a full-fledged security partner of the United States. Finally, the United States should cooperate with Japan in jointly developing the next generation of military systems and platforms. This will reduce development costs for both countries and allow them to benefit from each other’s respective technological strengths.

If Japan is to play an expanded role in regional security affairs, it must at the same time assure other countries in the region that this expanded role will not threaten the legitimate security interests of those countries. In particular, because of Japan’s history of aggression in the late nineteenth and first half of the twentieth century, special efforts must be made to reassure countries in the region that this type of aggression will not be repeated. Any perceived attempts to deny or minimize the impact of Japan’s actions during this period undermine such efforts. It is in Japan’s interests, therefore, for its leaders – while emphasizing that Japan is now a different kind of country with a different kind of government – to be forthright about the suffering that resulted from decisions made by Japan’s leaders in the late-nineteenth and first half of the twentieth century. If Japan can convince the people of Asia that the country fully recognizes its actions and their consequences during this period, the door will be open for Japan to fill a growing need for a new regional security leader.

Roger Cliff is a Nonresident Senior Fellow at the Atlantic Council. His report, “Japan’s Security Role and Capabilities In the 2020s,” will be released on November 13.