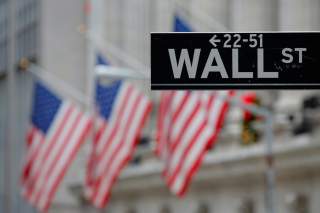 Three hundred billion dollars. That’s the U.S. Treasury’s best guess of how much dirty money—the profits of illegal activities like drug trafficking, corruption and terrorism—is laundered, or introduced as “clean,” in the U.S. economy every year.

Clean money is power and dirty money is a liability. Once dirty money is “placed” in America’s regular system, it must be “layered” with complex structures to obscure its origins, and finally “integrated”—or, in another word, invested—in legal assets, businesses and finance. Anonymously held companies aid in every step of this process and suspicious activity reporting—that is, SARs forms submitted to law enforcement when illegal activity is suspected—serve as the first line of defense for financial institutions.

But today, only Israel recognizes that illicit money is a national-security threat and treats it like one. As criminal cash flows increase, it will be up to the United States and European countries to prevent the legitimization of this dirty money.

The Counter Terrorism and Illicit Finance Act—which is under consideration in the House Financial Services Committee—attempts to do just that by closing the gaps that enable criminal liquidity through (A) the strengthening of beneficial ownership requirements and (B) increasing the reporting of suspicious activity.

Right now, creating an anonymously held company in America is dangerously simple. Some states require more identification to get a library card than to incorporate a business. Delaware, Nevada and Wyoming are very popular. In addition, hiring an attorney as the “nominee” owner exploits attorney-client privilege and creates a legal roadblock to identification. Adding layers and businesses masks the problem even more.

Faster computers and streamlined reporting systems can help investigators with the reportedly fifty-five thousand time-consuming SARs filed by financial institutions every day in the United States (that’s over twenty million SARs a year). Currently, there are apparently only about two thousand money laundering convictions each year out of these millions of reports. For money-launderers those are pretty good odds of never being caught.

However, some do get caught. In 2014, feds seized a $30 million Malibu mansion from a West African dictator’s thieving son. A recent Associated Press investigation found that fish supply chains for ALDI and Walmart included companies paying Kim Jong-un for North Korean slave labor. Hezbollah, Iran’s puppet terrorist organization, once laundered money in the United States by buying used cars and selling cigarettes, and a tequila company in Delaware was allegedly one of “El Chapo” Guzman’s hundreds of Sinaloa Cartel shells.

Yet these high-profile examples represent a miniscule fraction of the $300 billion a year of illicit transactions.

More can and should be done. The reasons abound: radical Islamic terrorists are not capable of purchasing trucks and weapons, yet they do so by having supporters launder their ill-gotten money. North Korea can’t fund a nuclear program with domestic GDP, so it uses the laundered proceeds of criminal enterprises, such as their program for counterfeiting U.S. dollars. Ideology alone cannot support these programs. Similarly to the way drug dealers sell drugs to make money, terrorists, tyrants and other criminals use the money they make to fund their evil goals. In every case, the size and stability of the U.S. market present a perfect opportunity to make illicit money licit.

Previous legislation has helped, but not enough. The Bank Secrecy Act of 1970 limited the laundering power of the era’s “cocaine cowboys.” The 9/11 attacks brought about a reluctant understanding that too much financial privacy could be dangerous to national security. And while not perfect, the PATRIOT Act succeeded in virtually eliminating terrorist shell banks around the world.

The current draft legislation is efficient and cost-effective when compared to European public registries. It limits the use of the gathered data and intelligence, and law enforcement agencies will need subpoenas to obtain the names of the companies’ beneficial owners or real owners. It also seeks to exploit technological developments to decrease bureaucratic costs and better use the suspicious activity reporting or SARS forms.

But until Congress acts, the door is open for terrorists, kleptocrats and criminals to abuse U.S. freedoms and threaten Americans. Investors and businesses need to be empowered with improved and actionable reporting systems to give law enforcement the tools they need to separate the angels from the devils. We should kick the bad guys out. It’s not rocket science.

Clay Fuller is a Jeane Kirkpatrick Fellow at the American Enterprise Institute, specializing in the nexus between corruption and authoritarianism.