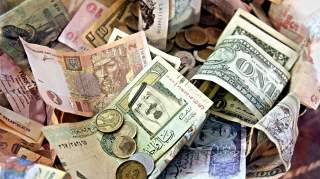 President Donald Trump campaigned on the promise of “making America great again,” pledging to revisit the way in which Washington, DC addresses foreign trade and investment. One of the mechanisms through which the United States protects itself from foreign economic threats is the vetting process through the Committee on Foreign Investment in the United States. Although it draws together a wide range of U.S. government experts and information, its flaws make it an ineffective but fixable process.

The CFIUS process makes three significant assumptions. Each individual assumption probably would be enough to undermine the integrity of the U.S. government’s check on foreign investment. Together, however, they make a mockery of the process. The first assumption is that the company provides truthful information in its submission to the U.S. government. The second assumption is that, at the time a CFIUS check begins, the U.S. government has substantial enough information holdings on a given company to be able to effectively vet that company’s business and government relationships. The final assumption embedded within the idea of CFIUS itself is that a technical evaluation of risk can supplant or substitute for a political judgment.

Fixing the first two assumptions, however, places Washington in a difficult spot for defending its position on economic and industrial espionage. Building up the U.S. government holdings of information on foreign companies will be noticed, even without public disclosures about a shift in the U.S. intelligence posture or collection priorities. The collection of data on foreign companies by U.S. intelligence agencies typically supports one of two objectives related to ensuring a level playing field for U.S. companies: acquiring evidence of bribery or other commercial corruption, and acquiring information of use to U.S. government trade negotiators.

The accumulation of data on foreign companies, however, would almost inevitably begin to look like a robust competitive intelligence program to assist U.S. companies. No country could trust that the United States would not do so. Few countries, including a number of U.S. allies, share American qualms about providing direct government support to companies, but most exercise restraint.

Resolving the dilemma posed by the first two assumptions requires rethinking how the United States approaches vetting companies that will be subject to the CFIUS process. An alternative must be found to sustaining a far-reaching program to collect on foreign companies.

If a sustained program is politically unwise, then a rapid and responsive process should be found. Such a collection and vetting program would require a few choices about how to build it and would have a few key characteristics.

First, the U.S. government would need to decide where to house it. The U.S. intelligence community might seem the natural fit, in part because of its experience with human intelligence operations and operational infrastructure. However, another department like Treasury or Commerce might make the most sense, to avoid the impression that the U.S. government is in the economic espionage business.

Second, getting knowledgeable professionals to build and run such a program offers two pathways, one far better than the other. The first and less desirable version would be to do all or most of this work within the government. Whatever the convenience and possible benefits for confidentiality, there would be questions about where to house a unit, how to deploy these officials overseas, how to train them, etc. Essentially, this would be a new office or agency with all of the bureaucratic paraphernalia that come along with it.

A completely in-house apparatus would almost certainly be wasteful. The CFIUS process occurs on an as-requested basis. It might involve a foreign company from nearly any country in the world. Moreover, a new office or agency with a nearly worldwide presence would raise fears that the U.S. policy now included economic espionage. An underused agency is also an agency that has developed mission creep to justify itself. Such an agency would lose focus.

The alternative is a slimmed-down version employing only a handful of seasoned experts in due-diligence work. Although there might be a place for former intelligence officials, most of these individuals should have primarily corporate experience. They should know the business for critical countries around the globe and the professional reputations of different players in the business. Instead of performing most of the investigatory work themselves, this group would commission corporate due-diligence firms and other research organizations to verify CFIUS filing documents and check for other derogatory information.

A small group that could not perform all the work itself has several benefits. It can commission the research and employ those firms best suited to the particular company at issue. Due-diligence firms generally have low overhead and can work at a high tempo. They also possess working familiarity with databases for corporate filings, human resources and other country-specific resources—experience that cannot be replicated readily without day-to-day exposure.

Third, the U.S. government should consider what sort of sanctions might be appropriate for foreign companies that file false paperwork as part of the process. It is one thing to reject a foreign firm’s acquisition for legitimate national-security concerns. This is the way the world works. It is another thing to obfuscate and lie when submitting to the CFIUS process.

Fourth, a responsive open-source program raises the question of whether clandestine intelligence methods should be used and, if so, under what conditions. Most clandestine collection programs require a long lead time, and, given the CFIUS timeline, could hardly be brought to bear after the program outlined above has run its course. Recruiting clandestine sources to run in place, for example, requires time to spot, assess, develop and recruit. Getting inside corporate networks could be a shorter process. Neither effort is guaranteed to be productive, especially with the attendant publicity of the CFIUS process.

If the incoming administration is serious about trying to reconfigure U.S. trading relationships to protect both jobs and national security, then revisiting the CFIUS process is an important step toward those goals. A higher standard of vetting should be in place, and foreign companies should fear the consequences of the process if they are dangerous to U.S. national security.

A more robust and responsive CFIUS process, however, would be incomplete. The most basic problem of the CFIUS process is that it presupposes a technical judgment of risk on a case-by-case basis can replace the political judgment of the president and his chosen cabinet officers. If the new administration wants change, then it must take responsibility for that change.

Peter Mattis is a fellow in the China program at The Jamestown Foundation and the author of Analyzing the Chinese Military: A Review Essay and Resource Guide on the People’s Liberation Army.