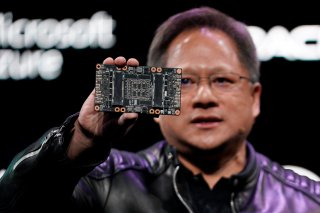 ONE OF the leading features, and weakness[es], of globalist U.S. foreign policy has been the tendency to look mainly to foreign policy to solve problems that domestic policy could likely handle better. That’s because all else equal, conditions at home are much easier to change and control than conditions overseas. Even an avowed non-globalist like President Donald Trump has sometimes been guilty of this.

To solve its energy shortage problem, the United States has long sought to stabilize the Middle East rather than develop alternative fossil fuels or green energy sources. To eradicate, or at least reduce, jihadist terrorism, administrations from both parties mired the nation in costly and protracted foreign wars rather than secure the homeland. And many presidents have fought “wars on drugs” in Latin America and other regions more energetically than they’ve attacked the social and economic ills that fuels domestic narcotics use. The wisdom and track record of these strategies has been unimpressive at best.

Intel, of course, is America’s largest producer of semiconductors, and one of the world’s biggest microchip manufacturers. In fact, it’s the only major U.S.-owned producer that still manufactures state-of-the-art logic chips domestically—or at least is still trying to. This capability matters decisively for national technological competitiveness because these are the products whose current capabilities and vast potential drive the so-called process innovation that enables the entire microelectronics industry to create faster, more powerful products. Most of the rest of the semiconductor sector—both in the United States and elsewhere in the world—has transitioned to a so-called “fabless” business model, in which companies develop and design semiconductors while letting contract manufactures handle the challenge of building and operating ever more expensive multi-billion-dollar fabrication facilities (or “fabs” for short).

Semiconductors, therefore, (a) play a central role in making information technology hardware and enabling it to use all the software developed for these devices—including the networking gear that houses the Internet; and (b) are the keys to creating new and vastly better generations of civilian machinery and equipment throughout industry—along with state-of-the-art weapons systems.

It’s easy to understand then why alarm bells have gone off on Wall Street and in the American national security community: Intel not only announced that it had bungled its effort to mass manufacture a new family of chips incorporating the latest generation of performance-improving technology, but raised the prospect of exiting semiconductor manufacturing altogether. Worse, this was Intel’s second straight failure to introduce such next-generation processors. In an industry where product cycles keep getting shorter, such a setback can significantly magnify the longer-term cost of a company lagging behind technologically.

The news so far has been more disheartening for investors though than for the national security community. The former fear Intel’s possible abandonment of the core competence that led to its long-time success. The latter, on the other hand, understand that the U.S. economy and military could still enjoy access to semiconductors incorporating world-class knowhow even if Intel went all-in on fabless-ness. After all, the two other companies with leading-edge semiconductor manufacturing tech are from Taiwan (Taiwan Semiconductor Manufacturing Company, or TSMC) and South Korea (Samsung). Also comforting is the fact that even many advanced U.S. weapons systems aren’t exactly brand new, and therefore use older chips. Moreover, many of these semiconductors are custom-tailored for military use and, therefore, the smaller domestic producers that still turn them out seem capable of handling order volume.

BUT ALTHOUGH both Asian manufacturing powers are U.S. allies, their location—right on the periphery of China, whose own growing tech prowess is widely considered the premier threat to American security as well as prosperity—looms as an Achilles’ heel. As for legacy technology, America will become increasingly hard-pressed to use it to handle challenges in artificial intelligence, networking, cybersecurity, and the like that will continue to increasingly dominate military operations against foes ranging from peer competitors to non-state actors, along with the anti-hacking efforts of civilian government agencies, businesses, and other institutions.

At this point, worries about the United States responding mainly through bolstering its military presence in East Asia and strengthening its alliance relationships look premature. Both foreign policy and domestic-oriented measures to cope with semiconductor manufacturing shortcomings have been implemented and are being discussed.

The Trump administration has boosted America’s diplomatic support for Taiwan and approved the first sale of new U.S. jet fighters to the island since 1992. Washington has also recently announced a modest increase in the U.S. troop presence in East Asia and has stepped up some anti-Beijing muscle-flexing in the Taiwan Straits and the South China Sea. Yes, the president has also been haggling in public with both Japan and South Korea about the costs of hosting their respective U.S. military bases, thereby inevitably raising questions about America’s military commitment—at least as long as Trump remains in office. But so far, his pro-engagement actions outweigh these words.

Meanwhile, even before Intel’s announcement, a strong, bipartisan consensus had been developing that the United States needs to get serious about growing domestic semiconductor manufacturing—and much of the industry claims to be on board. Naturally, chip companies (including foreign-owned firms operating state-side) have been calling for and anticipating sizable tax breaks and subsidies aimed at encouraging them to manufacture in America once again. And the Trump administration, along with Congressional Democrats and Republicans, seems determined not to disappoint them.

Washington has already come through for TSMC, as an undisclosed amount of promised incentives helped convince the company to set up a chip fab, albeit a medium-sized one, in Arizona. Moreover, in July, both the House and Senate passed, with strong bipartisan support, similar bills aimed at reinvigorating domestic microchip capabilities in manufacturing and related fields. The three production-related provisions common to both versions: offering refundable tax credits for semiconductor-related manufacturing investments for the next several years; authorizing a $10 billion federal program to match state and local incentives for building advanced semiconductor foundries (as facilities that specialize in manufacturing, not designing, chips are called); and creating a new program at the National Institute of Standards and Technology to support leading-edge semiconductor manufacturing on American soil.

But it remains unclear whether even this balance will hold, regardless of who wins the presidency this November. Among the main—and intertwined—reasons: the semiconductor manufacturing fix in which the United States finds itself is sobering. Even traditionally manufacturing-focused Intel has steadily lost interest in keeping the United States as its production flagship. Like nearly the entire information technology hardware sector, it’s acted as if it could both keep its competitive edge and supercharge profits by recognizing the fabrication even of the most sophisticated goods as scutwork. Better—and far more lucrative for the foreseeable future—to let less advanced foreigners handle the actual manufacturing and instead double down on the research, design, and engineering.

FROM THE standpoint of America’s semiconductor manufacturing capability, the end results speak for themselves. Since 1990, the U.S. share of global semiconductor capacity has been cut by more than half—from 37 percent to 12 percent. According to the American industry’s trade association, some 80 percent of global production now takes place in Asia—principally in Taiwan, South Korea, and Japan.

Explosive growth in Asian production accounts for much of this shift. But so does a slowdown in U.S. output. During the American economic expansion of 2001–2007, U.S. output of computer and electronics products (a broad official category of goods that includes semiconductors) rose in inflation-adjusted terms by a robust 160 percent. But during the longer expansion of 2009–2019, that growth rate had dropped to 73.68 percent—less than half as strong.

Since 2001, the nation’s semiconductor workforce has shrunk by nearly 31 percent as well. It’s tempting to ascribe falling employment entirely to increased productivity, but during the 2001–2007 expansion the productivity of the semiconductor and related sectors by its widest measure improved by 58.53 percent. During the longer expansion that just ended, such productivity growth was only 24.18 percent—again, less than half as strong.

Moreover, a good portion of both the domestic growth slowdown and surging Asian semiconductor production stems from the American-owned industry’s own offshoring of its U.S.-based manufacturing—to the point at which the share of U.S.-owned firms’ production capacity in Asia (including China) is nearly as great (41.7 percent) as the share remaining in the United States (44.3 percent). There are two other notable reasons for this offshoring. First, most of the customers for semiconductor makers the world over are now located in Asia as well. These are the firms that comprise the electronics products manufacturing industry, whose wide array of goods are controlled by various kinds of computer chips. And second, much of the industry’s supply chain is now also found in Asia.

In fact, what’s happened to U.S.-based semiconductor production looks a lot like what Harvard Business School professors Willy Shih and Gary Pisano have described as the loss of an “industrial commons”—a national or regional stock of “R&D know-how, advanced process development and engineering skills, and manufacturing competencies related to a specific technology.” Moreover, as the definition implies, this essential “foundation for innovation and competitiveness” includes world-class suppliers and demanding customers, along with employees (known as “human capital” in modern management parlance) highly adept not only at laboratory work but at factory floor work.