The Senate Must Fast Track Finnish and Swedish Accession to NATO 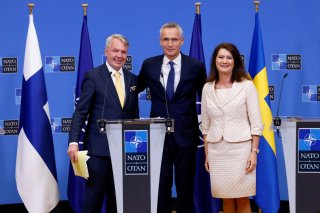 At last month’s NATO Summit in Madrid, Finland and Sweden were invited to join the alliance. Adding these two nations to NATO will bolster transatlantic security significantly, as both have the political to contribute and the capabilities to back up their commitments.

The United States should support their rapid accession for myriad reasons, not the least of which is their clear mindedness about the threat posed by China. In addition to their robust military capabilities and their demonstrated willingness to deploy forces to fight common foes (e.g., participating in NATO missions in Afghanistan), having Finland and Sweden inside NATO will also better secure the Arctic, Baltic Sea, and Nordic regions—and make future conflict there less likely.

Despite these advantages, there was no guarantee going into the summit that an invitation would be forthcoming. Turkish objections threatened to slow down or derail the membership bids. Thankfully, a trilateral agreement signed in Madrid between the three nations paved the way for Turkey to lift its objection. In the agreement, Finland and Sweden agreed to lift an arms embargo on Turkey, address Ankara’s deportation requests, and support Turkey’s inclusion in European Union defense initiatives, including Permanent Structured Cooperation.

U.S. support behind the scenes also undoubtedly played a major role in moving Turkey. Ankara’s about-face conveniently coincided with the Biden administration’s announcement that, in addition to approving the sale of F-16 upgrade kits to Turkey, it would also greenlight the sale of new F-16 fighter jets.

While that process plays out, Finland and Sweden could be facing an elevated risk of Russian hostilities. On this issue, the Europeans are stepping up to the plate. To date, Denmark, France, Iceland, the Netherlands, Norway, Poland, and the United Kingdom have extended security guarantees to Finland and Sweden while they await NATO membership. Those guarantees are important, but, as Finnish prime minister Sanna Marin stated, “The key issue is to keep the ratification process as short as possible. ... That would be the best security guarantee.”

Already, Finland and Sweden’s membership process is moving at a record pace. Previously, the shortest time for completion of the process was a year. Yet just two weeks after the summit’s end, the Croatian Parliament ratified the accession protocols, becoming the fifteenth nation to vote for ratification (joining Albania, Bulgaria, Canada, Denmark, Estonia, Germany, Iceland, Latvia, Luxembourg, the Netherlands, Norway, Poland, Slovenia, and the United Kingdom). To demonstrate U.S. leadership and send a strong message to the transatlantic community, the U.S. Senate should speedily allocate time to debate, and then pass, the required accessions protocol for Sweden and Finland to join NATO.

U.S. foreign policy decisions should first be evaluated by whether they protect and advance American interests. NATO has done more than any other organization, including the European Union, to secure U.S. national interests, promote stability, and ensure security in the Euro-Atlantic region. NATO accomplished this by enticing countries to become a part of the alliance. It is in America’s interest that NATO’s door remains open to deserving European countries, like Finland and Sweden, who commit to their defense and strengthen the alliance rather than relying on the United States to pick up the tab.

Far from being like other “free riders” who have contributed little to the alliance in recent years, Finland and Sweden would provide a net contribution to regional security. The United States should vote its approval of their membership—and be quick about it.

Daniel Kochis is a senior policy analyst for European affairs in The Heritage Foundation’s Margaret Thatcher Center for Freedom.