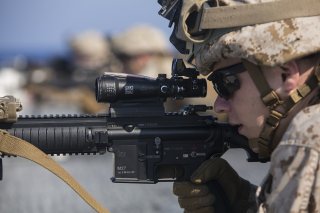 Meanwhile, the U.S. armed forces have embraced the U.S. Marine Corps’ emerging concept of expeditionary advanced base operations, which envisions small bodies of missile-armed troops flitting from island to island in winsome amphibious craft. Controlling turf is a worthy goal in its own right, but marine commanders mainly anticipate using islands as firing platforms for mobile anti-ship and anti-air weaponry. Nimble amphibious forces will be hard to uproot from their island bastions even as they make things tough on hostile forces that dare to come within reach.