Serbia’s Foreign Policy: Stuck Between a Rock and a Hard Place? 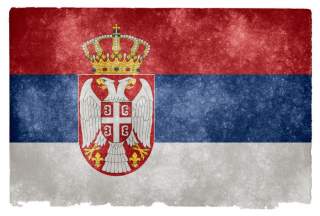 “We will support the geographic integrity of all UN member states including Ukraine,” stated the prime minister of Serbia, Aleksandar Vucic, during a speech last week delivered at the 2014 Belgrade Security Forum. An audience member immediately retorted via Twitter: “How come then Serbia abstained from Resolution 68/262?” The UN General Assembly Resolution 68/262 from March 2014 entitled, “Territorial Integrity of Ukraine,” confirmed the invalidity of the 2014 Crimean referendum and furthermore emphasized that the Crimean peninsula is an integral part of Ukraine.

This small episode is illustrative of Serbia’s current balancing act in foreign policy: forging a closer relationship with the European Union on the one hand, while maintaining strong ties with its historic ally Russia on the other. As the crisis between Russia and the West over Ukraine deepens, this balancing act will become more difficult to sustain.

The Belgrade Security Forum conference location, the Hyatt Hotel, is walking distance from the spots where the soldiers of the Austro-Hungarian 3rd Army crossed the Save river ninety-nine years ago in October 1915 to commence their final assault on Belgrade during the First World War—a war that established the preeminence of Serbia in the Western Balkans and laid the foundation for most of the future bloodshed in the region. Thus, after a century of turmoil, Serbia’s peaceful bid for EU membership is a watershed event for the country.

The Council of the European Union approved opening negotiations on Serbia's accession in January 2014. During the conference, in an off-the-record conversation, a former high-ranking official of the European Union diplomatically argued “there should not be a contradiction between Serbia’s accession to the EU and maintaining her historic ties with Russia.” While this is certainly true, Belgrade’s Brussels-Moscow Doppelspiel may tardy the EU accession process to the economic and political detriment of Serbia in the long run.

The European Union is partially to blame for this. The new president of the European Commission, Jean-Claude Juncker, announced that no Western Balkan country will become a member of the EU in the next five years. This may be realistic—there are more than thirty-five negotiation chapters ranging from “Free Movement of Goods” to “Justice, Freedom & Security” that have to be worked through and successfully concluded—yet Juncker’s announcement only added to an already slowly spreading general EU fatigue in Serbia.

At the Belgrade Security Forum, there was a latent perception that the EU no longer yields the power of persuasion that it used to. “The EU has lost its magic in the Balkans,” a young Serb participant tweeted. Around the year 2000, 80 percent of Serbs approved of their country joining the EU; now the number has dropped to 50 percent. The scholar Ivan Krastev further underlined during a panel discussion: “The EU has the power of attraction, but its transformative powers are more limited.” He went on to say that this important distinction is sometimes lost to bureaucrats in Brussels. According to the former-ultranationalist, now-ostensibly-turned-pro-EU prime minister Aleksandar Vucic (“I [am] not ashamed to confess all my political mistakes”), Serbia’s goal is to become an EU member by 2020. Yet Vucic’s refusal to join the EU sanctions against Russia, as well as the continuing ambiguity over the legal status of Kosovo have put a damper on the Belgrade-Brussels relationship. As a result, in the short term, Russia appears to be the only game in town.

As part of the overall bilateral strategic partnership between the two countries, Russia and Serbia signed a military cooperation agreement for an initial period of fifteen years on November 15, 2013. This agreement stipulates cooperation during peacekeeping missions, joint military exercises, officer exchanges and cooperation between the general staffs of both countries. In addition, Serbia and Russia agreed to work more closely on military industry matters. For example, Russia recently delivered badly needed batteries for Serbia’s three MIG-29 fighter-jets free of charge. Russia has also built an airbase for USD 20 million in the southern Serbian city of Nis—ostensibly for “humanitarian reasons.”

Serbia is also the only European country—outside the Commonwealth of Independent States (CIS)—with a free-trade agreement with Russia, although Italy and Germany remain the biggest import and export partners for Serbia. Serbia needs Russian financial support. As a June 2014 World Bank report observes: “Serbia’s economy is out of balance and performing below its potential.” Consequently, there is some truth to the statement of Russia’s ambassador to Serbia, Alexander Chepurin, that for Serbia to join the EU sanctions against Russia would be “political suicide” and the country “would only shoot itself in foot.”

51 percent of Serbia’s oil industry is owned by the Russian state-owned company Gazprom. Moscow is planning to invest USD 1.8 million more in the Serbian oil supplier NIS of which Gazprom Neft—a Gazprom subsidiary—already owns 56.5 percent. In January 2013, Russia offered Serbia a USD 700 million loan in order to consolidate the country’s budget deficit. The Kremlin provided an additional USD 800 to modernize and expand Serbia’s railroad network. Serbia is also going to start construction of the South Stream gas pipeline at the end of the year according to Serbia’s ambassador to Russia, Slavenko Terzic. This will result in an additional USD 2.4 billion of Russian foreign direct investments in Serbia. Given Serbia’s 27 percent unemployment rate, widespread corruption, as well as an overall projected 2014 economic growth rate of just 1 percent, continuous Russian financial support will be important and further deepen Belgrade’s dependency on Moscow.

However, the long-term picture may look different. Exports to the EU already constitute around 60 percent of Serbia’s total exports. The 2014 World Bank report notes: “Eventual full membership in the EU will further advance the integration of Serbia into the wider European economy.” The trade deficit with the EU is steadily declining. During a panel discussion at the Belgrade Security Forum, one panelist also emphasized that Serbia’s EU membership will make the country more attractive to Asian and Middle Eastern investors.

Serbia will hold the 2015 chairmanship of the Organization for Security and Cooperation in Europe (OSCE). The OSCE so far has played an important mediating role in the Russia-Ukraine conflict. The chairmanship will be a great opportunity for Serbia to further its EU membership candidacy. At the same time, it cannot risk alienating its Slavic ally, which again will require a balancing act. Vladimir Putin announced that he will visit Belgrade on October 16 to attend a military parade in honor of the liberation of the city from German occupation seventy years ago. This has caused some consternation in Brussels.

Yet the European Union also has to tread very carefully in its accession talks with Serbia. Accession status does not automatically imply membership in the future. The EU should not overplay its hand. While the EU still has the power to attract, its influence to transform Serbia is more limited, since it cannot offer any quick remedies to Serbia’s manifold economic problems. For now, an “either-or approach” has to be avoided at all costs. At least while the Ukraine crisis is ongoing, if made to choose between Russia and the West—given Belgrade’s short-term dependency on Moscow—the Serbian government will most likely side with Vladimir Putin.