Seven Realities That Made an Iran Deal Almost Inevitable 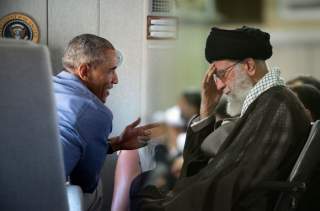 Much of the immediate commentary on the Joint Comprehensive Plan of Action (JCPOA) signed between the P5+1 and Iran on July 14 focused on the deal’s details as well as its many shortcomings. Most of these reactions, both favoring and opposing the agreement, focused on elements of the nuclear package itself.

A number of commentaries did discuss some “big picture” aspects of the deal: primarily, the extent to which President Obama was “gambling” on its transformative potential—namely the possibility that it will eventually lead Iran to reorient its regional policies in a manner that would make them better aligned with U.S. interests in the Middle East. A different frequently mentioned “big picture” issue pertains to the likelihood that Iran would use the billions of dollars released to its disposal for the purpose of reining even greater havoc in the region.

Missing so far, however, is an assessment of the extent to which a nuclear deal with Iran had become possible, perhaps even inevitable for the United States—once Iran has come around to seriously look for one—due to larger forces at bay. Specifically overlooked is the extent to which the deal and its present timing reflect U.S. appreciation of some important global and Middle East realities of the first decade and a half of the twenty-first century. These realities motivated the United States to seek and ultimately accept a deal that it has been clearly unwilling to even consider over the past decade. Ascertaining these “inconvenient truths” is useful; as much as they explain certain aspects of the Iran nuclear deal they provide even more important insights about the broader parameters and current trajectories of Middle East and international politics.

The most important of these realities is that the 2003 U.S.-led invasion of Iraq and the complete dismantlement of its armed forces have left Iran as the uncontested regional power in the Persian Gulf, eliminating in the process the traditional buffer between the Gulf and Levant. Iran has thus emerged by will as well as by default with a remarkable capacity to project power throughout the region, largely unopposed. With no one left to systematically check its capacity for creating mischief in the region (except for occasional and ad hoc efforts by Israel, Saudi Arabia, and the Gulf States), the belief that sanctions alone could have not only brought Tehran to the negotiations table but also to capitulate and accept the dismantlement of its nuclear project is unfounded.

The second reality is that President Obama’s election in 2008 on a platform of taking America’s boots off the ground of Iraq and Afghanistan and of favoring diplomatic engagement with Iran already reflected U.S. war fatigue. By 2015 the United States has been heavily involved in the region, militarily and otherwise, for almost fifteen years, at a cost of tens of thousands of U.S. casualties and at least two trillion dollars in direct and indirect costs.

The implication of this is that it was highly unrealistic to expect, absent a mad Iranian dash to the bomb, that the United States would use force, or could even credibly threaten as much to back its negotiations positions, given the odds, low as they may have been, that even very limited but unprovoked Israeli or United States use of force could have evolved into an open-ended military commitment. Hence, repeated assertions that “all the options are on the table,” while remaining an indispensible communication tool to which the United States (and Israel) seem to be wedded, had become an ever less likely option to be exercised or taken seriously, either by Iran nor by America’s regional allies, other than under the most extreme circumstances.

The third reality comprised the broader context of the second: a growing skepticism about the utility of force in the twenty-first century. This skepticism was bred not only by a stream of U.S. failures to achieve political goals through military means in Iraq and Afghanistan (and by Israel in both Lebanon and Gaza) but also by a growing appreciation that such use of force often results in unintended consequences. Indeed, as in the case of Iraq, such consequences could prove even more ominous than the challenges that led to the use of force in the first place. Interestingly, President Obama is not the only relevant leader who shares such skepticism. Measured not by his rhetoric but by his behavior in all military confrontations during his terms as prime minister, Benjamin Netanyahu has apparently grown no less skeptical about the use of force and sensitive to its potential downsides, causing him to be historically among the most cautious of Israeli leaders. The result is that both Obama and Netanyahu found it very difficult to project a credible military threat that could have produced effective leverage in the negotiations with Iran.

The fourth reality is the global energy revolution and the corresponding dramatic increase in America’s (and separately, Israeli) energy independence. In turn, this reality means that for the first time since the end of the Second World War the United States has become far less vulnerable to negative developments in the Middle East. This has made it even more difficult for the United States to contemplate and project a willingness to launch even a limited military operation given the nontrivial odds that any military strike could escalate to another major engagement.

Fifth, in addition to the aforementioned limitations on U.S. leverage, the JCPOA comprised a middle ground between two narratives based on the lingering traumas of past realities: First, a U.S. narrative that views Iran's Islamic regime as having established a track record of both ruthlessly targeting Americans (in the U.S. Embassy in Tehran and later in Iraq, Afghanistan, Lebanon) and acting deceitfully, consistently failing to abide by past commitments. These reinforced America’s determination to insist that the nuclear deal with Iran would include highly intrusive international monitoring and verification measures. And second, an Iranian narrative dating back to the CIA’s removal of Prime Minister Mohammad Mosaddegh in 1953 that the United States has a propensity to behave in an underhanded manner and seek regime change in Iran whenever an unfriendly leader ascends to power. This narrative reinforced Iran’s deeply rooted proclivity to resist verification and monitoring measures that could expose its regime's secrets. It is also for this reason that Iran sought a deal that binds the United States to the agreement while falling far short of fully normalizing the bilateral relationship.

Sixth, Al-Qaeda’s horrific September 11 attacks (carried out by extremists, many of whom were Saudi born) meant that the anti-American Muslim fanaticism of the Shi’a variety to which the West has been treated since the 1979 Iranian revolution (typified by Iran’s sponsorship of Hezbollah’s deadly attack on the U.S. Marine barracks in Beirut) was now matched by no less menacing Sunni extremism. This reality later became even more so by the horrors of the “shock and awe” strategy adopted and repeatedly implemented by ISIS and to a lesser extent by other Sunni forces in Lebanon and Syria. Indeed, the rise of ISIS has already transformed U.S.-Iranian relations, as the two discovered that while most of their interests remain conflicting, some of their interests overlap thus rendering their relations as no longer purely “zero-sum.”

Finally, the increasingly complex regional realities in the aftermath on the so-called Arab Spring and the rise of ISIS means that in important parts of the Middle East—including Iraq, Syria, Libya, and Yemen (and even in the Sinai peninsula)—where chaos runs supreme, it is no longer possible for the United States to neatly distinguish between friends and foes or, for that matter, to find any unequivocally “good guys” among the warring parties to support. It also means that in addition to the secular-religious, Shi’a-Sunni, republic-monarchy and other divides, a new dichotomy is engulfing the Middle East: that between sophisticated chess players who engage in complex signaling maneuvers like Iran and its allies, and others like ISIS skillfully exercising brute force. Under these circumstances, beggars cannot be choosers, and the United States finds itself having to seek accommodation with rational and sophisticated (if occasionally assertive, forceful, and even prickly) parties who understand not only the utility of force but also its limitations against even more brutal adversaries. Indeed, it is noteworthy that during its thirty-six-year history the Islamic Republic never gambled its survival as Iraq’s Saddam Hussein did three times: in 1980-88, in 1990-91, and in 2003. Importantly, in yet another virulent attack on the United States and Israel on July 18, Iran’s Supreme Leader Ali Khamenei refrained from committing his country to battle the two. Instead, he “outsourced” this mission to God, expressing hope that the Almighty would do so.

The implication of these new global and regional realities is that notwithstanding valid criticism of the various imperfections of the agreement reached by the P5+1 and Iran, America’s negotiators deserve some empathy. Since international agreements usually reflect important realities, it would have been irresponsible not to explore a diplomatic resolution of the Iran nuclear crisis given the unprecedented challenges presented by the complex regional environment described here. Once the effort was undertaken in earnest, it was inevitable that serious concessions would be made, much as their precise nature could have been better managed.