Shale-Oil Surprise: OPEC Faces an Insurgency, Not a Price War 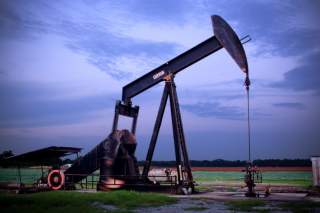 Between June and November 2014, oil prices have fallen by some 40 percent, courtesy of robust growth in output and a bleaker outlook for oil demand. In late November, The Organization of Petroleum Exporting Countries (OPEC) chose to keep its production quotas intact, triggering several obituaries and talks of a price war between OPEC and the United States, where most of the additional supply originates. Yet war is not quite the right term; insurgency is more like it—decentralized, adaptive and, likely, inconclusive. In some ways, OPEC reverts back to its historical role as an important actor on the margins; but in other ways, OPEC confronts a new system where the lag between high prices and high production has shrunk and where the need for spare capacity diminishes.

OPEC is an organization whose perceived market power is inversely correlated with how much one has studied its history and decisions: The less one knows about the oil market, the more one is convinced that OPEC “controls” oil prices; students of the organization, on the other hand, generally agree that its role has been much smaller than generally assumed in public discourse.

Broadly speaking, OPEC has played three roles since 1960. Mostly, OPEC has been a liquidity provider, when non-OPEC supply has been either stagnant (late 1980s and early 1990s) or growing too slowly to meet demand (late 1990s and mid-to-late 2000s). OPEC has played this role due to its spare capacity. Until the 1970s, OPEC countries benefited from their oil industries either through producing more oil, or through taking a bigger piece of the value that they split with foreign oil companies. Only in the 1970s did they make a concerted effort to raise prices and offset a long-term decline in real oil prices. In the shakeout that ensued, oil prices went up, but OPEC’s production went down.

(Recommended: China - The Next Shale-Gas Superpower?)

As a result, OPEC ended up with lots of spare capacity—capacity that was built (mostly) by foreign companies, but which was now in government hands, after most countries nationalized their oil sectors. Underutilizing its capacity was OPEC’s way to prop up prices, but it also allowed OPEC to provide additional oil to the market and shrink the long lead time between higher prices and higher production. In these periods, OPEC has been a price taker and has helped smoothen an otherwise-volatile market. Production has grown in tandem with demand, and production quotas have been rough guidelines adjusted sporadically to match market conditions.

Twice, OPEC has tried to stabilize the market following an economic disruption (1998-2001 and in 2008-09). In these periods, the organization adjusted production and quotas in a trial-and-error manner—one time successfully, the other not. From 1998 to 2001, for example, OPEC fixed its quotas ten times, but it kept either overshooting or undershooting its target price (in simpler times, OPEC has kept quotas flat for two or three years). After Lehman Brothers, OPEC was more successful: it adjusted quotas thrice in four months (September, October and December 2008), and it halted the precipitous drop in prices.

Only once has OPEC really tried to “set prices”: from 1970 to 1985. Its success hinged on limiting its own supply (including a willingness to accept output losses to negotiate higher prices). Since production quotas were only introduced in 1982, the reduction in supply until then was uncoordinated, erratic or due to disruptions (Libya, Venezuela, Iran). After 1982, it was essentially due to a continuous drop in Saudi production, which assumed the role of “swing producer,” adjusting its output to balance the market. To defend prices, OPEC’s market share fell from 53 percent in 1973 to 30 percent in 1985, but the output and revenue loss was too steep for Saudi Arabia, which then increased production and caused a price collapse.

In other words, OPEC has never really controlled the price of oil—it once tried to keep prices artificially high, but did so by causing an unacceptable decline in market share and revenues; twice, it tried to stabilize an erratic market that faced a demand shock, once successfully and once not; and for the most part, it has used its spare capacity to narrow the lead time between when the price signal suggests that additional oil is needed and when that oil is actually delivered to the market.

In today’s world, the price drop has a clear cause: at high prices, there is a lot of additional supply hitting the market, chiefly from the United States. For a while, the growth in U.S. production was offset by an involuntary reduction in OPEC supplies (mostly Libya and Iran); once Libyan production returned to the market, oil prices fell rapidly, especially when analysts started to worry that an economic slowdown would curb demand growth for oil.

OPEC has few good choices. If it tries to prop up prices, it will merely signal to competing producers to keep going. OPEC can only defend prices by accepting a reduced market share—a proposition that is always complicated by a question of how such a market share will be allocated among the members. In effect, it can replay the early to mid 1980s, which did not end well for OPEC. Rather than try to set a price, OPEC (Saudi Arabia) is letting the market reveal what the equilibrium price might be.

This exercise is fraught with two perils. First, it is hard to know what the supply curve really looks like. In recent years, we have been accustomed to talking about the marginal barrel as coming either from Canadian oil sands or from deep-water oil fields. Both are capital-intensive enterprises, and both are finite (not many projects), making forecasting, as well as monitoring somewhat easy.

When the marginal barrel, however, is onshore the United States, that forecasting exercise is much harder, because activity is more intense and more dispersed. For instance, there were about 4,000 producing oil wells in North Dakota in January 2009; in September 2014, that number had grown to over 11,000. Now, if all these wells were equally productive, then the analytical task would be easy. But they are not. We know that the best 40 percent of the wells have historically contributed to 60-70 percent of the added production. Moreover, these wells are so productive, that their economics are vastly superior to the “average.” As we learned when natural gas prices in the United States dropped, operators first cut the worst wells, and so production is unaffected by the decline in activity. Moreover, this is a system that changes and adapts continuously due to technology, logistics and new emerging plays.

The second issue is that this is a rapid-reaction system: looking at North Dakota, again, production has grown by 1 million barrels a day between January 2009 and September 2014. Gone are the days where high oil prices triggered a production response with a seven-to-ten-year lag (to allow for acreage acquisition, exploration, appraisal and then development of an oil field). When a system can grow as quickly as the United States’ can, then clearly, the world has a competing source of “spare capacity,” meaning capacity that could come online quickly to meet market needs.

In that sense, OPEC has never been confronted with such a system—in the 1980s, low oil prices put many competing suppliers out of business, and the industry took years to recover from the slump. By contrast, today’s wildcatters can go bankrupt and then restart very quickly when prices rebound. OPEC is not waging a price war against the United States—rather, U.S. producers are waging an insurgency against OPEC.

It is tempting, in such a transition, to make grand observations about the oil market or the economic and geopolitical implications of lower or more-volatile oil prices. Yet we should remember three things. First, when oil prices fell in the 1980s, economists struggled to identify the supposed stimulus that lower oil prices provided. In fact, it was this failure that led economists to question whether they had gotten the tricky relationship between oil and macroeconomics right to begin with. Second, countries have varying abilities to cope with lower oil prices. And third, there is a wide disagreement about what happens to petro-states when oil prices fall—some optimists argue that lower oil prices make states become more liberal and free; others observe that oil wealth produces more durable systems and that price swings hardly matter; experience has shown us that lower oil revenues can make leaders pursue foreign adventurism to deflect pressures at home; and we have also seen low oil prices trigger widespread pressure that topple governments, often replacing them with leaders who, in the long term, can prove worse (e.g. Hugo Chavez). In other words, the spectrum ranges from a push towards greater liberalization to foreign aggressiveness to regime collapse—a pretty wide uncertainty and the true collateral damage from the U.S. shale insurgency.