Should America Seek to Humiliate Russia in Ukraine? 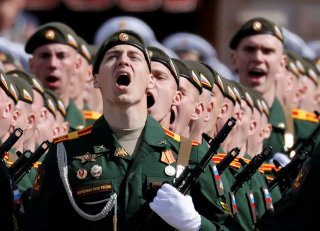 As Russia and Ukraine battle for control over the Donbas, a controversy has begun to emerge about Western war aims. Should the West, as Henry Kissinger recently suggested at Davos, seek to reach an accommodation with Russia that preserves it as a central part of the European balance of power? Or should America and its allies seek to crush Russia once and for all?

On May 27, the Center for the National Interest invited two leading foreign affairs analysts to debate this issue.

Melinda Haring is deputy director of the Atlantic Council’s Eurasia Center. She has published widely on Ukraine, including in the National Interest, Foreign Affairs, and Washington Post.

William P. Ruger is president of the American Institute for Economic Research. In September 2020, he was nominated by President Trump to serve as U.S. Ambassador to Afghanistan.

Jacob Heilbrunn, editor of the National Interest, moderated the debate.