Should FEMA Be a Stand Alone Agency? 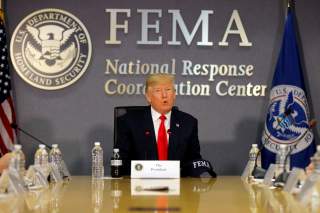 As Congress considers reauthorizing the Department of Homeland Security, principles guiding any major realignments could include assessing whether the organization would be performing operational or staff management functions. Additionally, those principles could examine whether mission effectiveness would be improved through those major realignments and whether implemented changes would introduce new points of friction or inefficiency.

The first major realignment under consideration is to replace the National Protection and Programs Directorate at the Department of Homeland Security with a new Cybersecurity and Infrastructure Security Agency, which would become the department’s eighth operational component. Backers of this plan to change the directorate from a staff element to an operational organization often point to the growing importance of the department’s cyber and critical infrastructure missions.

A second proposed major realignment has focused on removing the Federal Emergency Management Agency (FEMA) from the Department of Homeland Security. Some have asserted that FEMA could be more effective as a stand-alone cabinet-level department. Others have argued that the melding of FEMA into the department provides synergy and resources that support FEMA’s overall mission.

Finally, the department has been debating about standing up a counter weapons-of-mass-destruction organization since 2010. The focus has been on the roles and relationships among the Domestic Nuclear Detection Office, the Office of Health Affairs and the Science and Technology Directorate. Congress has called for a DHS study of the issue, but to date no research has been completed.

Each of these potential realignments could benefit from a pointed discussion that answers a few simple questions.

Will the realigned enterprise be operational or performing management staff functions?

Operational elements have responsibilities for carrying out missions. Staff elements’ responsibilities normally include developing departmental policy, cross-department coordination, assessing departmental outcomes and reporting to Department of Homeland Security leadership. The difference between operational and staff functions is often one of scope. If, for example, the role is developing department-wide policy, this is typically a staff function. In contrast, shaping and implementing policy to carry out an organization’s missions would be an operational function.

In the case of the National Protection and Programs Directorate, for example, the organization currently performs operational missions in cyber through its National Cybersecurity & Communications Integration Center and physical protection in Federal Protective Service roles, yet performs more of a staff function in its critical infrastructure protection role in coordinating across the sixteen critical infrastructure sectors. If the new proposed organization is developed, will there be a negative impact on the critical infrastructure mission that is largely staff coordination? Conversely, leaving the organization as a Department of Homeland Security staff element could adversely affect its performance in its operational roles.

- What are the benefits of such a realignment in terms of mission effectiveness?

Reorganizations should be conducted to achieve operational effectiveness and efficiencies within organizations. After the reorganization, will the organization better perform its core missions? Or will severing organizational support relationships result in a loss in capacity?

In considering the FEMA independence issue, for example, a 2009 Department of Homeland Security Inspector General report listed the elements that should be considered and highlighted both arguments. On the case for keeping FEMA in the department, the report highlighted the wisdom of major organizational alignments given the perceived vulnerability to terrorism, the synergy and resources FEMA gains from Department of Homeland Security, and the need to avoid “stovepiping” preparedness and response. Arguments for FEMA to be a stand-alone agency centered around access to the president and elevation of the mission to cabinet-level. The report takes no position on the issue, but offers that the post-Katrina reforms should be allowed to work before any further changes are made. At the end of the day, the question should come back to which relationship will provide the greatest benefit for mission effectiveness.

- What will be the effect of the change on organizational conflicts and building functional systems?

- Or does the reorganization simply move the points of friction to other locations in the organization?

In the case of the weapons-of-mass-destruction organization being contemplated, the proposed addition of a new assistant secretary for chemical, biological, radiological, nuclear and explosives (CBRNE) issues would not consolidate all weapons of mass destruction into a single organization. Essentially, the new addition would split policy, operational missions, and research and development involving CBRNE issues between the new organization and the Science and Technology Directorate. The result could create new points of friction while not addressing fundamental issues.

As part of comprehensive department legislation, these realignments should be considered with an eye towards increasing operational effectiveness and efficiency while minimizing organizational friction in the transformed organizations and avoiding loss of key support relationships.

Having clear organizational realignment principles could provide important markers for assessing the degree to which the expectations of the new organizations will be met.