Should Iran Second-Guess Its ‘Look to the East’? 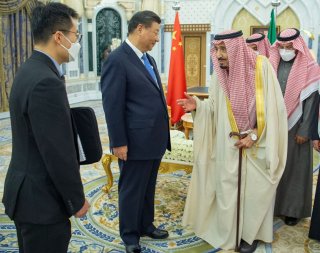 Chinese president Xi Jinping’s visit to Saudi Arabia and the publication of Beijing’s anti-Iranian statements with the Gulf Cooperation Council members have prompted discussions in Iran about the efficiency of Tehran’s “Look to the East” foreign policy.

The anti-Iranian statement, by China and Saudi Arabia, asked Iran to cooperate with the International Atomic Energy Agency and adhere to the principles of good neighborliness and non-interference in the internal affairs of the other countries. In this statement, China also declared that it supports Saudi security and stability and opposes any behavior and interference in the internal affairs of the kingdom of Saudi Arabia and any attacks against civilians and civilian installations and the territory and interests of Saudi Arabia.

Of course, this was not a new position on the part of the Chinese, but it was the first time China had taken this position publicly. Additionally, in another statement released by China and the GCC members, China supported the United Arab Emirates’ position regarding the disputed islands of Abu Musa and the Greater and Lesser Tunbs.

China has typically adopted a conservative position regarding the sensitive issues of the Persian Gulf region, but in general, China is completely aligned with the positions of the countries in the region regarding Iran’s nuclear program, regional policy, missile and drone programs, and territorial disputes with the UAE. However, it appears that China’s growing interests with the members of the GCC are causing China’s approach to the issues of the Persian Gulf—including disputes on territorial, security, and military issues—to shift to Iran’s detriment.

Saudi Arabia, for example, sells China 18 percent of its oil, and the two have established a deep and complementary relationship by joining the Saudi Vision 2030 plan with China’s Belt and Road Initiative. Trade between the two countries reached $80 billion in 2021 (by comparison, Iran-China trade reached $14.8 billion), and Chinese companies have won more than $36 billion in contracts in Saudi Arabia since 2005. China is Saudi Arabia’s number one trading partner, major technology supplier, long-term energy customer, and comprehensive strategic partner with a permanent seat on the UN Security Council.

This reality suggests that China may be moving from a regional policy of non-alignment to one of coalition and alliance building. However, China’s involvement in the region today is closer to hedging than alliance politics. Indeed, Iran and China signed a comprehensive strategic cooperation document as recently as March 2021, and Iran is set to join the China-led Shanghai Cooperation Organization (SCO) in 2023. However, it is noteworthy that China’s position contradicts Article 2 of the SCO’s charter, which emphasizes the principles of “mutual respect of sovereignty, independence, territorial integrity of the states and inviolability of frontiers.”

Xi’s statements in Saudi Arabia provoked reactions from the Iranian public as well as current and former officials. Following the publication of China’s statement with Saudi Arabia and the GCC, more than 32,000 tweets and 180,000 retweets were published by about 22,000 users in protest. While the reactions by conservatives were relatively milder, reformists have been more forthright in protesting Beijing’s positions.

The first official reaction to China’s positions came from Mohammad Jamshidi, the deputy chief of staff for political affairs to President Ebrahim Raisi, wrote on Twitter:

A reminder to colleagues in Beijing. While Saudi along with the US backed ISIS/Al-Qaeda in Syria and brutalized Yemen, Iran fought terrorist groups to restore regional stability and security and to prevent the spread of insecurity toward both East and West.

Iran’s Foreign Minister Hossein Amir-Abdollahian, in a statement that did not mention China, said: “The three islands of Abu Musa and the Greater and Lesser Tunbs in the Persian Gulf are inseparable parts of Iran forever. In the necessity of respecting the territorial integrity of Iran, we have no complacency with any side.”

As far as I can remember, in the last 40 years and even during the war imposed by Iraq against our country, none of the permanent members of the UN Security Council have ever dealt with the territorial integrity of Iran in the way that the Chinese have traded with the three islands that have always been Iranian for their economic interests.

Further, Abutalebi called for Iran to “suspend its membership in the SCO organization, pending an official apology from China” since “they clearly violated the second clause of the Shanghai SCO Organization’s statues.”

China’s stance towards Iran has shaken faith in the latter’s “Look to the East” foreign policy, which has proudly been defended by conservatives as an important strategy to bypass U.S. sanctions, advance Iran’s economic prosperity, and garner Chinese support for Iran’s political system and elites.

This competition is so tense that when Mohammad Javad Zarif, then Iran’s foreign minister, criticized Russia’s role in the nuclear negotiations in 2021, he was reproached by Supreme Leader Ali Khamenei. Also, when Amir-Abdollahian, the current foreign minister, spoke about the need for Iran to have a balanced foreign policy, he was severely criticized by media affiliated with the Islamic Revolutionary Guard Corps, which warned him that the only approach in Iranian foreign policy should be “Look to the East.”

But China’s position against Iran has undermined conservatives’ contention that China is a reliable strategic partner. In fact, a comparative analysis of the recent statements put out by the United States and China during their respective leaders’ trips to Saudi Arabia shows that Beijing issued a harsher statement against Iran than Washington did. This is challenging conservatives’ argument that the West is untrustworthy while China should be embraced to the point that some conservative outlets have even distorted their coverage of Xi’s trip to Saudi Arabia.

Xi’s statements in Saudi Arabia show that Iran’s “Look to the East” policy and its membership in organizations such as the SCO and the Eurasian Economic Union are ineffective in the absence of a balanced relationship with the West. The Raisi government insists on the “Look to the East” policy to the extent that neither relations with the United States nor North America are mentioned in its “government transformation document.”

Iran’s foreign policy decisionmakers have this perception that the world is divided into East vs. West and, to strengthen their argument, they point to the “common interests” that Iran and China share in confronting the United States. But in reality, the confrontation between China and Iran with the United States is different; There is, of course, enmity based on zero-sum game logic, but this competition is being influenced by China’s close economic ties with the United States. For this reason, Iran-China ties have not produced any substantive benefits for Iran. China may offer supportive political stances in its declared opposition to U.S. sanctions, but Beijing has actually acted differently by adhering to Washington’s sanctions, replacing Iranian oil with purchases from Saudi Arabia. This is likely to continue. Iranian officials’ surprise at China’s positions also shows that the psychology of Iranian decision-makers is far removed from the geopolitical environment in which Iran finds itself. Iran’s foreign policy will be more successful if the distance between these two environments is reduced.