Should the Secretary of Defense or the President Set Troop Levels? 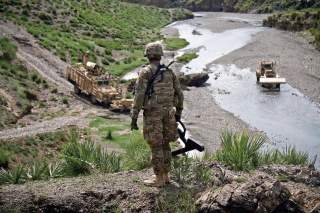 That didn’t take long. Moments after news broke that President Donald Trump had delegated a measure of authority to adjust troop levels in Afghanistan to Secretary of Defense James Mattis, critics came out barking. Such delegation of authority, they insisted, was both “unprecedented” and “dangerous.”

It’s an interesting interpretation of American military history. Prior to the Vietnam War, allowing the secretary of defense (or, before 1947, the secretary of war) to adjust troop deployments in conflict was the norm.

Having established that recent micromanagement of troop levels is the exception in the American military experience. However, the question remains: Is giving the secretary of defense authority to adjust troop levels a good idea?

The answer is clearly a resounding “yes.”

Military conflict is dynamic. In modern war, situations change daily. Enemies react in unforeseen ways to U.S. actions; fleeting opportunities present themselves; vulnerabilities are exposed. Responding quickly to these events requires an agile and rapid system of decision making, which is extraordinarily challenging if the decision to deploy every single element of military power must be approved by the president.

Delegations of authority are normally documented in writing, so the new authority given to Secretary Mattis doubtless specifies the limits within which he must operate. For example, he probably can’t deploy 20,000 new soldiers without first discussing it with the president and obtaining his approval. But the ability to approve troop movements below an established limit will bring a refreshing element of speed and responsiveness to U.S. decision-making—an element that has been absent for at least ten years.

In recent years, decisions to deploy even small teams of linguists or military police platoons had to go to the Oval Office for consideration if they exceeded the troop caps, often costing weeks of time. President Trump’s delegation will accelerate these decisions, making them more timely and effective.

But perhaps more importantly, the artificial troop limits imposed during the last eight years of the Obama administration have made U.S. military operations both less effective and more costly. The Government Accountability Office found that force management levels as imposed by the president present a “unique challenge” to military planners, forcing commanders to deploy just parts of whole units and to make suboptimal decisions.

Finally, it’s a proven fact that delegating a measure of authority to trusted subordinates is a way to create a shared sense of responsibility among your team. President Trump’s decision to delegate authority will do more than benefit U.S. military efforts. The delegation itself demonstrates and encourages leadership, which is a quality in short supply in Washington right now. It should be applauded, not condemned.

Thomas W. Spoehr, a retired Army lieutenant general, is director of the Center for National Defense at The Heritage Foundation.