Showdown: Is Greece Headed towards a Financial Meltdown? 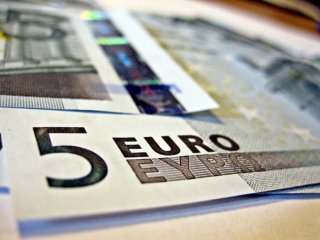 Athens and Europe have agreed to postpone their economic showdown for a few weeks. Currency and financial markets remain skeptical. Rightly so. This is far from a solution. For those who look for a more lasting agreement, much less movement toward a fundamental resolution, it does not even buy much time.

The point of urgency (this time) was a June 5 payment due from Athens to the International Monetary Fund (IMF), the first of four. Greece’s government said it had the monies on hand to meet that €300 million obligation. Doubts abounded. Whatever the truth of Greece’s ability to cover this particular payment, it remains plain that Athens cannot make good on the full €1.6 billion due over the course of the month. To discharge that obligation, the Greek government must reach some agreement with the European Union (EU), the European Central Bank (ECB), and the IMF, the so-called troika, to gain access to the €7.2 billion remaining in the bailout fund established in 2012. The IMF, by allowing Greece to bundle all its June obligations into one payment due on June 30, has bought a grand total of some three additional weeks for negotiations.

It may yet work out. Greece’s prime minister, Alexis Tsipras, has suggested that negotiations are close to a more lasting agreement. Politics, however, suggest otherwise. Negotiators for the troika are in a bind. They fear that any substantive relaxation in their demands for budget austerity and other economic reforms would risk inviting Italy, Spain, and others among Europe’s beleaguered periphery to seek similar levels of relief. The Greek government is, if anything, in an even tighter bind. It was elected to relieve the strictures of austerity but also to keep Greece in the common currency. Its leaders, then, run one huge risk with the electorate if they bow too readily to the troika’s demands for continued of austerity, but they run a second risk if they bargain too hard, fail to reach agreement, default, and disappoint the electorate by possibly losing membership in the common currency.

Difficult as these tradeoffs are, there has been some movement. The troika has softened its stance. It has long insisted that the Greek government produce a surplus on the part of its budget not involved in debt service. It had targeted such primary budget surpluses, as they are called, at 3.0 percent of the country’s gross domestic product (GDP) in 2015 and 4.5 percent by 2016-2017. To give the Greek government something to take home to its electorate, it recently altered those demands, asking for a primary budget surplus targets of 1.5 percent of GDP for 2015 and 3.5 percent by 2018. Presumably, this would have allowed the prime minister some bragging rights but not go so far that Italy, Spain, and others abandon their own commitments to budget discipline. As it is, Athens has failed to respond, leaving matters far from decided as June 30 approaches.

Even if Greece and the troika could arrive at an agreement, huge pressures would remain. To be sure, financial and currency markets would likely react well, as such a settlement would lift immediate fears of default or a Greek exit from the euro. But the Greek economy would still suffer from the austerity that would inevitably accompany an agreement, even if it were less intense than the troika might have otherwise demanded. The electorate, accordingly, would continue to insist on relief from its government. Especially because Greece seems constitutionally incapable of the kind of labor and product market reforms that would enable the economy to grow even under austere budget conditions, Athens would ultimately fail to deliver on all its commitments under such an agreement, and a new crisis would emerge in relatively short order.

There is always the possibility, of course, that this current government of the left will deliver the fundamental reforms that previous, more centrist Greek governments have failed to enact. After all, it took the strident anti-communist Nixon to go to China. Were they to do so, they could improve matters greatly by lifting strictures that arguably impose a greater brake on growth than does budget austerity and in the process promise creditors an economy that could ultimately produce the additional income and wealth needed to meet Greece’s debt obligations. But the challenge is daunting, both administratively and politically. Efforts to make the country’s economy more dynamic and competitive would require changes in Greece’s licensing and regulatory laws to ease the process of new business formation, new product introduction, and the movement of existing businesses into new areas. To do the same for labor markets, the government would have to make it easier for management to hire and fire workers and set work and production schedules. In other words, reform requires Athens to face down both entrenched business interests and its own supporters in Greece’s trade unions, an unlikely event that leaves Greece, and so the rest of the euro-zone, facing one of four possible outcomes, scenarios in the jargon of financial planning, none of them attractive.

Europe could give up any effort at either budget or economic reform in Greece and resign itself to carrying the country as a dependent. Such a prospect is economically and financially feasible.  Greece is a small country. Its economy is barely 6.5 percent of Germany’s. Its outstanding debts, though a significant burden for its limited financial resources, amount only to about one percent of European bank assets, and official entities now hold most of it. The rest of the Eurozone could carry the burden of Greece with little risk to its own economic and financial well-being, even realizing that the country would never pay its debts. The EU might even find a way to disguise what it is doing and so avoid trouble with the rest of its periphery. A movement down such a path, however, even if it avoided demands from the rest of the continent’s troubled debtors, would nonetheless subject the euro-zone and its financial markets to an extended period of tension, as recognition of Greece’s underlying failures would periodically surface to unhinge financial and currency markets.

Alternatively, the Athens government could bow to the troika and commit to both budget austerity and economic reform. Greece would then receive the promised financial support. But, if, as is likely, the government failed to implement fundamental product and labor reforms, Greece would remain unable to discharge its debt obligations. The only help continued austerity could offer is to keep those obligations growing at a slower pace than they otherwise might. Since Greece would need still more bailout funds, it would continue to impose a risk of default on European finance. In this respect, such an outcome would resemble the first scenario, at least in economic and financial terms. It would, however, impose one other great uncertainty. If the government were to bow to pressure on austerity, it would fail the Greek electorate on a crucial promise. This Syriza government would likely fall, then, imposing a period of political flux, either because the country could not form a government or because of uncertainties about the policies of a new government. Either would require another round of upsetting negotiations, such as the euro-zone has suffered all year, with all the associated market fears about where matters might lead. In a third possibility, Greece could defy the troika, fail to receive its support, and so default on all or a portion of its outstanding debt. Even if Greece were allowed to remain in the currency union after defaulting, it would suffer, despite the government’s decision to throw off the strictures of austerity, because the default would make it difficult for the country to borrow, at least at anything approaching manageable rates. The ECB’s commitment to buy bonds, if it then remained in place for Greek debt, could mitigate this effect, but not alleviate it entirely. Though the rest of Europe could easily absorb the losses of a Greek default, its greatest danger would arise if Greece’s example prompted Italy, Spain, and the rest of the continent’s periphery to reconsider their commitments to austerity, something that would make it harder for these nations to borrow and so would confront the ECB with a tougher job promoting economic growth and financial stability by keeping interest rates down for these and other borrowers. The uncertain prospect could also prompt a flight of bank deposits from the periphery, starving these countries for liquidity, as such a flight of deposits has already starved Greece for liquidity. Because the ECB has little facility to counteract such a movement of funds, all these countries would then face yet another growth constraint.

If such a Greek default also prompted the country to leave the common currency or prompted the EU to expel it, events could follow a fourth, more severe path. A return to the drachma would benefit Greece in one respect. Its immediate depreciation against the euro, the dollar, sterling, and just about every other currency in the world would increase the country’s exports. Otherwise, the return to a depreciating drachma would hurt the Greek economy by destroying the global buying power of all its residents’ incomes and savings. Because the new currency would promise continued depreciation, it would become that much harder for Athens to borrow at manageable rates. Lenders would shy away not only because of the fear of default but also because they would suspect the future global worth of any loan denominated in the new drachma. The euro-zone would suffer little in this eventuality, except from the outright loss from the default. Its great risk would emerge if Italy and other countries in Europe’s troubled periphery were to follow Greece’s example, though it is more likely that they would recognize the loss of global wealth in Greece and recommit themselves to the euro accordingly.