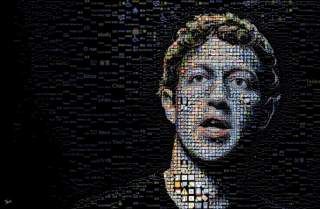 DURING THE past few years, if you were one of the many people trawling the dating website OkCupid in search of love, you might have received a notice letting you know it had found someone who was an “exceptionally good” match for you. You might have contacted this match and even gone on dates with this person, comfortable in the knowledge that a sophisticated algorithm had done the difficult work of sorting through millions of profiles to find someone with just the right balance of appealing quirks and concupiscent charms to match your own delightful attributes.

What you didn’t know is that OkCupid was experimenting on you. Engineers programmed the site to send its users matches that it claimed were “exceptional” but that were in fact bogus—all for the purpose of finding out if you would believe the assessment and pursue the match. Not surprisingly, most users did. We are nothing if not suggestible when it comes to love, even if Cupid’s arrow has been replaced by OkCupid’s algorithm.

This past summer, Christian Rudder, the founder of OkCupid, was prompted to publicize his company’s manipulation of its users in response to the furor created by Facebook’s acknowledgement that it, too, often uses the social network as a massive online behavioral-science experiment. In January 2012, more than half a million Facebook users became unwitting lab rats when the company deliberately massaged its users’ news feeds by putting either more or less positive information in them, ostensibly to determine if emotions are “contagious.” (Short answer: yes, but behavioral science had already proven this; Facebook, by contrast, was not doing this for science. The company wanted to show advertisers that it could manipulate its users.)

For a brief moment, as news of these experiments became public, we caught a glimpse of the chasm that has developed between what technology companies like Facebook and OkCupid assume about their users and how those users actually feel. Some OkCupid devotees were horrified to learn that the site keeps not only every single message sent to a potential date, but also bits of messages erased while trying to craft a perfectly pitched response. The users felt, well, used. Rudder was unmoved. As one of his OkCupid blog posts boasted, “We Experiment On Human Beings!”

Both the public’s brief outrage and the hubris of the technology companies would come as no surprise to Andrew Keen, whose new book, The Internet Is Not the Answer, offers a critical narrative of the various ways Silicon Valley is reshaping the world’s economy and values—and not for the better. “Instead of a win-win, the Internet is, in fact, more akin to a negative feedback loop in which we network users are its victims rather than beneficiaries,” Keen writes. “Rather than the answer, the Internet is actually the central question about our connected twenty-first-century world.”

Keen states outright that his book is a synthesis, and it contains both the benefits and drawbacks of one—repetitive and larded with quotations, it mainly advances arguments that have been made already (and in greater depth) by technology critics such as Jaron Lanier, Sherry Turkle and Nicholas Carr. Withal, he provides a timely and necessary overview of how the Internet arrived at its present state and a bracing polemic about where it’s headed. If, as MIT Media Lab director Joi Ito once said, “The Internet is not a technology; it’s a belief system,” then Andrew Keen is one of its more compelling heretics.

SOMETIME AROUND 1989, Keen argues, when computer scientist Tim Berners-Lee sketched the early outline for the World Wide Web, the world changed. This new world, defined by the Internet’s expansion, is one that has “created new values, new wealth, new debates, new elites, new scarcities, new markets, and above all, a new kind of economy.” It is a world where, as a recent United Nations report noted, more people have cell phones than access to functioning toilets.

Many early Internet champions believed that the Web they were building would connect people in a way that would inaugurate an era of creative, cooperative economic and technological development. Technologists such as Berners-Lee and Robert Kahn had backgrounds in research science and academia; they were not focused on the potential profitability of their enterprise. Once the U.S. government opened up the Internet to commercial use in the early 1990s, however, Keen shows how it “triggered the rush by a new class of technological oligarchs in the United States to acquire prime online real estate.”

In Keen’s telling, the story of the Internet can be “summarized in a single word: money.” One of the creators of the early Web browser Netscape captured the mood well when he said, “The hell with the commune. This was business.” But it is business that, for all of its rhetoric about innovation and disruption, has taken a traditional form. The online world is now dominated by a small group of big companies—Google, Amazon, Apple and Facebook foremost among them—that function like the monopolies of old. One technology investor whom Keen cites puts it this way: “The Internet, in its current form, has simply replaced the old boss with a new boss and these new bosses have market power that, in time, will be vastly larger than that of the old boss.”

Keen wants to play Robin Hood to these digital behemoths, and at times he indulges in overheated rhetoric, pointing to a “winner-take-all economy run by a plutocracy of new lords and masters.” But he is right that these new businesses create vast wealth for their shareholders but few jobs. Google, a company with a market capitalization over $400 billion in 2014, employs forty-six thousand people. By contrast, the industrial behemoth General Motors, worth $55 billion, employs over two hundred thousand people.

Keen also notes that digital disruption has rapidly wrought economic destruction in many creative fields. Consider the music industry. Between online piracy and the miniscule returns musicians receive from digital music-streaming services (what Keen calls “unnaturally low-priced content”), the music business is fast becoming one where a few musicians prosper while the majority scrape by. Musicians receive, on average, only 0.6 cents per stream from services like Spotify or Pandora.

And in a stinging rebuttal to techno-enthusiasts like Chris Anderson, who claimed the Internet’s “long tail” would open up a new market for niche music and musicians, Keen observes that today, the top 1 percent of artists account for 77 percent of all income from recorded music. Live concert performers face a similarly brutal economic equation: the earnings of the top 1 percent of live musicians more than doubled between 1982 and 2003, Keen tells us, while they fell for the bottom 95 percent.

Keen tells the story of his own ill-fated Internet venture, AudioCafe. Having “caught the full startup virus” in the late 1990s, Keen optimistically modeled his site on the vinyl record stores he knew intimately as a child growing up on Berwick Street in SoHo, London. With funding from investors to whom he promised ad revenue, he created an online meeting space for people who loved to talk about music. But with the arrival of “peer-to-peer” sharing sites like Napster, which Keen describes as “a networked kleptocracy, masquerading as the ‘sharing economy,’” his own venture withered. “I was profoundly wrong about the rosy future of the music business,” Keen writes. “Today, in 2014, the prospects of young musicians or entrepreneurs breaking into the industry are dramatically worse than they were twenty-five years ago.”

Much of online commerce in the early years of the Internet was a virtual re-creation of real-world commerce—AudioCafe was meant to mimic the old record stores in SoHo, for example—and in this sense the real world acted as host and the Internet as benign parasite. But as Keen’s experience demonstrates, and as the disappearance not just of record stores but also of bookstores, newspapers and magazines suggests, we now face a different challenge: What happens when the parasite begins to kill its host?

THESE ARE precisely the kind of questions Silicon Valley boosters like to dismiss as nostalgic Luddism. The Valley’s near-Orwellian ability to redefine the real economic and social costs of its disruptive ethos fuels much of Keen’s polemic. Consider the buzzword “sharing.” Technology companies urge us to “share” what we read on every site we visit and “share” what we just bought on every online store. The “sharing economy” includes companies like Lyft and Uber, which allow you to catch rides from strangers, and Airbnb, which lets people rent out rooms or houses to strangers to earn extra money. Missing from this sunny vision of sharing, however, are the many things that aren’t shared in the sharing economy: profit sharing and sharing of responsibility when things go wrong, for example. Just ask someone who has sought help from Airbnb after a renter trashed their home, or the people injured or assaulted by Uber drivers. Technology companies’ willingness to share those responsibilities disappears as quickly as a digital photo vanishing into the cloud.