Six Books the Next U.S. President Must Read 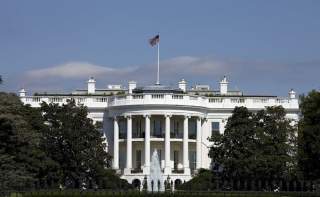 There is too much trivia on the campaign trail. A plethora of promises and policy proposals reveal very little of how future presidents govern in practice. There is no résumé for president. The real measure of presidential timber rests in the person, and that’s hard to assess from a campaign stump speech. One indicator that would give great insight into how great a president might be—whether they are the right leader for these times—would be getting a sneak peek at their bookshelf (or their Kindle).

Here are six books that ought to be on the next president’s bookshelf. If they are not, the candidates ought to read them while they’re out on the campaign trail—and leave them conspicuously by their plane seat. A thumbed-through copy of these reads would send strong signals that the nation’s leader is rightly focused on the nation’s challenges—and thinking about how to make America prevail and soar over a troubled world.

1. Once an Eagle, Anton Myrer.

We are a nation at war. Our wars are not going well. Our military is not in great shape. For winning wars and leading well, few aspects of presidential leadership are more vital than getting the relationship between presidents and their generals right.

A big part of mastering the civil-military relations challenge is putting in place leaders who do the right thing for the right reasons. Nothing says a commander-in-chief cares about picking responsible military leaders more than having one of this nation’s most iconic military novels, Anton Myrer’s Once an Eagle, at the Lincoln bedroom bedside. Myrer’s tale follows the Manichaean careers of two fictional officers: Sam Damon, the selfless servant, and Courtney Massengale, the self-serving self-promoter. We need many more like Damon. This book should be paired with Eliot Cohen’s Supreme Command: Soldiers, Statesmen, and Leadership in Wartime, perhaps the best blueprint for getting civil-military relations right ever written.

2. The Road to Serfdom, Friedrich A. Hayek.

Imagine if presidential candidates got caught on C-SPAN with Hayek’s influential 1944 treatise on economic liberalism sticking out of their back pocket. Hayek’s cautionary tale warns of the perils of abandoning freedom in economic affairs. As the United States continues to slip behind in measures of economic freedom, brandishing this book would be like waving a flag that the next president promises to do better.

3. In the Arena, Pete Hegseth.

At the root of America’s freedom, security and prosperity are the American people. They are the source of all our greatness—past, present and future. America needs a president who delivers a clarion call for what brings out the best of us from personal responsibility to selfless service to respecting the dignity and worth of individual liberty. In this 2016 book, Fox News’s Peter Hegseth delivers a call to arms for taking up the cause of championing the vital ideas behind American citizenship.

4. The Great American Gamble: Deterrence Theory and Practice from the Cold War to the Twenty-First Century, Keith B. Payne.

No presidential responsibility carries greater weight than that of the commander and the steward of America’s nuclear arsenal and missile defense forces. Frankly, neither of these key components of America’s strategic defense are in the best of shape.

It is harder to find anyone smarter on these issues than Keith Payne, professor and head of the graduate department of defense and strategic studies at Missouri State University, who served as the Department of Defense as the deputy assistant secretary of defense for forces policy. And it is hard to find a better primer than this 2008 book on how to think about nuclear weapons policy in the twenty-first century.

5. The Field of Fight: How We Can Win the Global War Against Radical Islam and Its Allies, Michael T. Flynn and Michael Ledeen.

Early in his presidency, Obama embraced a fatally flawed strategy for battling Islamist terrorism. Not surprisingly, it is not working all that well.

In a straightforward, no-nonsense assessment of the Islamist global insurgency and how to crush it, General Mike Flynn, the former head of the Defense Intelligence Agency, and Michael Ledeen, a scholar at the Foundation for the Defense of Democracies, collaborated on this 2016 book that takes the challenge head-on. Americans want a president that takes defeating America’s enemies seriously. If they know their president is reading this, they’ll know that person is on the job.

The hallmarks of a great president and a great presidential team are character, competence and critical thinking. If a president is looking for a role model, they would find it harder to find a better one than Winston Churchill.

It is also harder to find a better book on Churchill’s leadership in war and peace than this 2015 treatise by the president of Hillsdale College. Arnn delivers much more than a biography. Churchill’s Trial is a deep, moving and inspiring meditation on how great leaders rise to the challenge of leading democracies in troubled times.