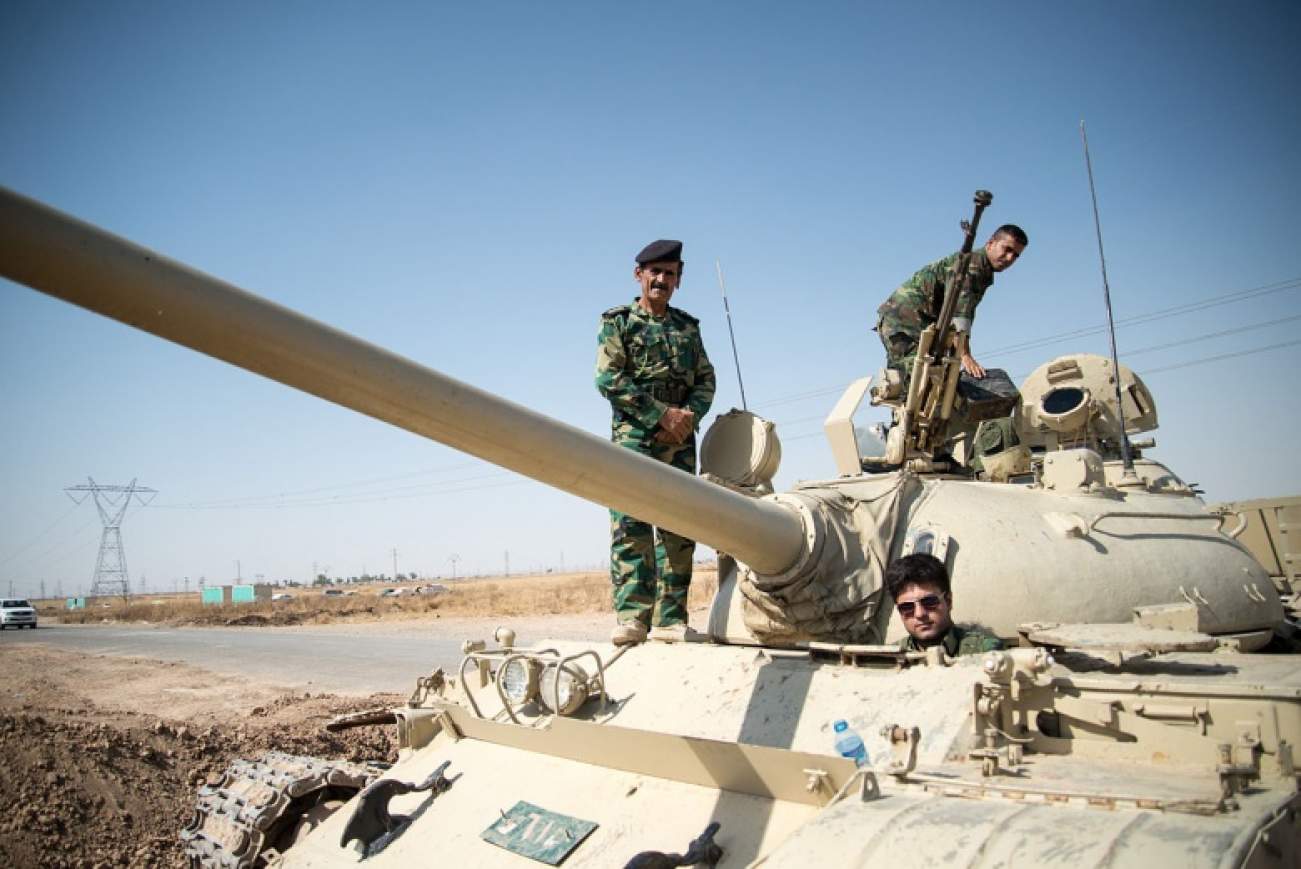 The Iraqi government, in coordination with Kurdish Peshmerga forces and with strong support from the United States, will begin operations to liberate Mosul from ISIS control as early as this week. Although the campaign is likely to succeed in wresting back control of Iraq’s second largest city, local and regional rivalries could quickly turn the tactical success into a strategic setback.

Without better preparations for the day after, the Mosul campaign could spark several wars within the war and cause great destruction in Mosul. Such a development would complicate stabilization efforts in Iraq, already marred by the virtually nonexistent reconstruction of devastated liberated Sunni towns, the minimal return of internally displaced persons (IDPs), and the fear of, and abuses by, Shiite militias. These factors point to continuing, and perhaps worsening sectarian tensions, with resurgence opportunities for ISIS or its successors.

The Role of Shiite Militias.  Iraqi Prime Minister Haider al-Abadi initially declared that Shiite militias would not have a role in the operation to retake Mosul. Abadi’s decision was motivated, in large part, by events in the aftermath of the Fallujah liberation earlier this year. When Shiite militias surrounded the city, the predominantly Sunni population accused the militias of committing atrocities against local civilians. Some 600 civilians remain unaccounted for. Aggression by the Shiite militias overshadowed ISIS enormities and provoked Sunni outcries, which led to revenge attacks against Shiite targets. Three months after its liberation, only 500 IDPs had returned to Fallujah, a city that was once home to 350 thousand. Were Shiite militias to enter Mosul or “screen” fleeing civilians, one could expect complications on a yet larger scale. Sunni-Shiite tensions in Mosul could spread across Iraq and foment more extremism.

But Abadi is now backtracking on his initial pledge to curtail militia involvement, saying that he has no choice but to include them in the Mosul operation. In this, he is likely responding to pressure from Quds Force Commander Qasem Soleimani and Shiite parties in Baghdad that are allied with Iran. For Iran, events in Mosul are important in the context of Tehran’s desire to see ISIS defeated, but also as part of its broader ambition to weaken hostile Sunni groups. Important too is the future of the Tel Afar district west of Mosul. Besides being home to Shiite Turkomen, Tel Afar can potentially offer Iran an outpost straddling the junction of Iraqi, Syrian, and Turkish Kurdish regions. Control of the district would allow Iran to project power on behalf of the Assad regime in Syria and harass the Kurdish Regional Government in Iraq.

During my recent visit to Saudi Arabia, Israel and Turkey, the leaders of all three expressed their concerns that Iran would use the occupation of Mosul by pro-Iranian elements to lay the foundation for a land corridor to Syria from which Tehran could destabilize or strike U.S. allies. Tehran may calculate that the involvement of pro-Iranian elements would counteract Turkey’s military deployment and secure the return of displaced Shiite Turkmen.

Turkey’s Role.  Iranian aggression is only one of several factors that may prompt Turkey to intervene. Turkey has an interest in defending Sunni Turkomen against atrocities by Shiite militias, and in ensuring that its Sunni Arab allies are not excluded from post-ISIS governance. Ankara is also wary of the PKK and Kurdish People’s Protection Units (YPG) presence in the Sinjar region between Mosul and the Syrian border. Iraqi Turkomen representatives echoed this uneasiness, demanding last week that the PKK be expelled from Turkomen areas.

Turkish President Erdogan has made it public, to Baghdad’s consternation, that he is prepared to support the entrance of Sunni Arab forces to protect the Sunni Turkomen community. A key Turkish ally is former Governor Atheel al-Nujaifi. Against Baghdad’s will, Turkey established a military base across the Tigris in Bashika, where its soldiers are training the Hashd al-Watani (or National Mobilization), a force of Sunni Arab volunteers assembled by Nujaifi.

Abadi’s call during his General Assembly speech for Turkish troops to leave Iraqi territory is a warning of problems to come if there is no agreement on Turkey’s role. Turkey may feel pressure to intervene if Iran-backed militias move into Mosul and Tel Afar. Forceful Turkish intervention could polarize the situation, produce Shiite backlash, and complicate any sincere stabilization efforts by local stakeholders.

Tensions between Baghdad and the Kurds.  Although the Kurds and the Iraqi government are cooperating against ISIS in Mosul, the potential for subsequent conflict between the two sides cannot be ruled out. Iraqi Kurds have refrained from pushing for independence not only to prioritize the ISIS threat, but also because of their disagreement with Baghdad on the status of Kirkuk and other territories now under Kurdish control. In the aftermath of the Mosul campaign, Kurdish President Massoud Barzani is likely to push for a new relationship with the Iraqi government, either through immediate independence or a preceding confederal arrangement for a specified period. Lack of agreement between Baghdad and Erbil on a way forward will heighten competition for Sunni support.

Local Governance. There are significant divisions among local forces on how to handle Mosul’s governance. The current thinking in Baghdad envisions the governor Nawfal Hammadi and the provincial council assuming leadership in Ninewa, assisted perhaps by representatives of the central government and the Kurdish regional government. Whether this formula will be accepted and supported by Ninewa’s populace — displaced and/or brutalized by ISIS — remains to be seen. Part of the complication is that the Iraqi government and the U.S. military have integrated some Sunni tribal forces into the operation plans but the future remains uncertain for the volunteers working with former governor Nujaifi, who wants to have a role in Mosul’s administration, perhaps as the president of a future federal region. A meeting this week between Kurdish, U.S. and Iraqi commanders that supposedly put the final touches on plans appears to have ignored this point.

Reconstruction. There does not seem to be any serious plan for the post-liberation reconstruction of Mosul. The Obama administration has coordinated with international organizations to provide for Mosul’s civilians who are fleeing the city before the liberation gets underway, but it has not revealed any programs for addressing longer-term issues. Given Iraq's badly strained financial conditions due to the low price of oil and the ongoing emergency, it is critical to help Baghdad formulate a plan for reconstruction. The alternative might be a repeat of the neglect demonstrated in Fallujah and Ramadi. The untimely move by Iraq’s Parliament to remove the finance minister, Kurdish leader Hoshyar Zebari, is bound to worsen the economic hardship and might undermine ongoing loan arrangements with the IMF. It could also complicate relations between the Kurds and other factions in Iraqi Parliament.

Addressing the Root Cause.  For a battle so imminent, it is disturbing that these issues remain unresolved. And this is to say nothing of the need for a long-term arrangement that addresses the root causes of the sectarian conflict in Iraq. Delays in resolving these issues are particularly worrisome in the context of regional perceptions regarding the U.S. role. Many in the region believe that the Obama administration views the Mosul liberation as a legacy project, a box it wants to check before the November elections. Sunni Arabs in particularly fear that Iran is exploiting the Obama administration’s impatience by driving a hard bargain on key issues, especially on the participation of Shiite militias.

The solution is not to put off the defeat of ISIS in Mosul while these issues are debated, but rather, to recognize that procrastination in dealing with longer-term challenges could exacerbate Iraq’s terrorism and extremism problem. One idea favored by many Sunni Arab leaders and public is to turn Ninewa into a federal region. This idea was advocated by Nujaifi, as well as the provincial councils in Salahaddin and Diyala for their respective provinces even before the ISIS takeover, but former Iraqi Prime Minister Nouri al-Maliki vehemently opposed the notion.

Abadi, to his credit, appears more open minded, but his hands may be tied by two factors. One is that that Iran-backed hardliners oppose giving Sunni Arabs any sort of autonomy for fear of weakening Shi’a control. The other is a more general fear that if federalism spreads beyond Kurdistan, oil-rich Basra might follow suit, thus weakening the powers of the central government.

Resolving these and other power-sharing issues, notably the balance between the center and the regions, is key to ending the civil war in Iraq. A formula can be found, for example, through revenue sharing. An all-encompassing national compact among Iraqis may not be possible at this point, because that will require elaborate agreements on power-sharing at the center and federalization, confederation or decentralization among local communities, but a start can be made.

In conclusion, a successful campaign in Mosul has the potential to be an important milestone in the process of reconciliation, but only if the post-campaign period is given due attention by the planners. Otherwise, even victory in Mosul could ultimately mark the beginning of a new phase of the Iraqi civil war.