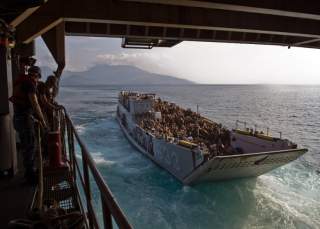 Over the decades, China scholars in the United States, Taiwan and China itself have spilled rivers of ink parsing official and unofficial statements from the three countries to assess the direction of cross-Strait relations. Year after year, they compare and contrast every utterance and every article to discern nuance, shaded meanings, perceptible shifts in position, potential meetings of minds, or threats of conflict.

Was Tsai Ing-wen being flexible or obdurate in her inaugural address? Did Xi Jinping’s issue a “stern warning” to Taiwan? Had Wang Yi offered a path to accommodation? Did Li Keqiang brandish trade as an inducement or a threat? Was Sun Yafu seeking compromise or confrontation? How did U.S. officials interpret this or that phrase spoken by one or another official on either side of the Strait? And how did all these recent statements relate to those made last year, or ten years ago, or in 1992?

Yet, fascinating as it may be to decode Chinese phrases and delve into historical usages, the real obstacle to cross-Strait stability can be found in a snippet of the English language—six words spoken two decades ago by an American official: “It would depend on the circumstances.”

That was the answer Assistant Secretary Joseph Nye gave in December 1995 when Chinese defense officials asked how the U.S. would respond to an attack on Taiwan. The exchange occurred soon after Washington had dispatched two carrier battle groups through the Taiwan Strait in response to China’s firing of missiles toward Taiwan. (The transits ended President Nixon’s withdrawal of the Seventh Fleet from the Strait in 1971 to facilitate his opening to China.)

Beijing wanted to know how serious Washington is about defending Taiwan—and, as one Chinese official suggested, risking the destruction of Los Angeles. Nye’s answer suggested that the United States is only half-serious—there are some circumstances under which America will not rescue Taiwan from Chinese aggression. What are they?

Washington has at times referred to defending Taiwan against an “unprovoked” attack. Presumably, a military adventure by Taiwan to “recover the mainland” as Chiang Kai-shek threatened in the 1950s and 1960s would be a provocation justifying Chinese military retaliation. But that possibility faded in the 1970s, with the passing of Chiang and the recognition of his son Chiang Ching-kuo that history and military reality had moved on.

That scenario would have constituted Chinese self-defense under customary international law and the United Nations Charter. But China has its own enlarged definition of self-defense, and Taiwan’s democracy and de facto independence violate it. The 2005 Anti-Secession Law arrogates to Beijing the “right” to use force against Taiwan not only if it declares formal independence, but if it simply takes too long to submit to Chinese political authority.

Do Tsai Ing-wen’s election and her refusal to utter the words “one China” and “1992 consensus” now mean that the prospects for “peaceful reunification” have been “exhausted” under the ASL?

Assuming the Taiwanese people were ever willing to accept Beijing’s authority even as they rid themselves of their own dictatorship, they were even less inclined in that direction after the 1989 Tiananmen massacre. Deng Xiaoping’s promised “one country, two systems” formula, as applied in Hong Kong, has ended any possibility that Taiwan’s populace would want to emulate that experience.

So Beijing faces a decision—can it employ force against Taiwan without risking U.S. intervention? Have “the circumstances” changed enough since 1995 to dissuade Washington from responding militarily?

Politically, Taiwan’s democratic development has advanced dramatically through six direct presidential elections and three peaceful transfers of power, reflecting shared values that have only drawn America closer to Taiwan. Yet that deepening democracy is also the source of even greater Chinese Communist resentment, anxiety and impatience. The demographic trends clearly work against Beijing’s ambitions.

But the military situation has also evolved dramatically—this time in China’s favor. Beijing’s hard-liners are convinced they are changing “the circumstances,” affecting the United States’ will to intervene with every new attack submarine they build and every additional antiship missile they deploy in their antiaccess/area denial strategy to keep the United States out.

They are also justified in believing that their much maligned island building and aggressive maritime claims—while earning China international opprobrium, culminating in the arbitral tribunal’s decision in favor of the Philippines—is nonetheless gaining them strategic advantages vis-à-vis the United States.

Each time a U.S. Navy warship conducts an “innocent passage,” rather than an unconditional freedom of navigation operation, through international waters China unlawfully claims as its territorial seas, it implicitly concedes more of the South China Sea to Beijing’s authority. The practice validates China’s salami tactics and incentivizes it to build and militarize additional artificial islands. It is little wonder that during a visit last month, China’s naval commander Wu Shengli defiantly told his U.S. Navy hosts China would do just that.

Instead of demonstrating the kind of resolve in the South China Sea that would enhance U.S. credibility in the Taiwan Strait, Washington has extended its policy of strategic ambiguity on Taiwan to the larger region. Nothing good can come from this policy, or from continuing to rely on those six little words from 1995.

Joseph A. Bosco served in the office of the secretary of defense, 2002–10.