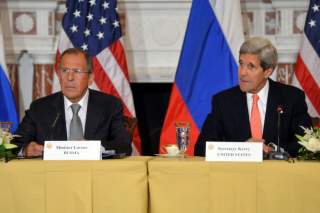 ODESSA, Ukraine - If the West appears confused by Russian actions in Ukraine and unable to find an adequate response to the crisis, it is because from the outset, it has misread the situation, transforming an essentially domestic dispute into one that threatens the security architecture of Europe. While all sides have contributed to the current debacle, six widely held assumptions have played an inordinate role in shaping Western discourse about Ukraine. These will need to be corrected before any real progress can be made.

1. The Ukrainians are one people, united in their support of change: This is a familiar refrain among Western politicians, yet anyone familiar with Ukrainian history knows that its borders have changed many times in the past century. As a result, millions of people without any ethnic, cultural, or linguistic attachment to Ukraine wound up in its present borders. Since 1991, the most visible division has been between Western Ukrainians, many of whom seek a Ukraine culturally and politically distinct from Russia, and Eastern Ukrainians, who want to live in a Ukraine that is independent, but that also maintains close spiritual, cultural, and economic ties to Russia. The fact that Western governments have identified the national aspirations of Ukraine with those of the Western regions of the country puts them at odds with half the country. Even if the Western regions prevail over the Eastern regions in the current struggle, choosing sides in this way has generated anti-Western sentiment in the East that is likely to linger for years to come.

2. Supporting the Euromaidan’s ouster of president Yanukovych: At the height of the Euromaidan riots, Western governments warned president Yanukovych not to use force to disband the protests, even as they turned violent. Later, during a critical phase of negotiations with the opposition, officials from the United States were taped discussing which specific opposition leaders they wanted to replace him. To a Ukrainian public already sharply divided over the legitimacy of the public protests on the Maidan (three-quarters of the population in Ukraine’s eastern cities regarded the Euromaidan protests as illegal), this merely proved that the West was intervening to thwart the political preferences of half the country.

3. Failing to stand behind the February 21 agreement: The failure of France, Germany and Poland to stand behind the negotiated transition of power that they had called for, has been a blow to the legitimacy of Ukrainian state institutions from which it has had great difficulty recovering. The subsequent seizure of power by the opposition not only brought down the much reviled, though legitimately elected president, it also led to the collapse of the country’s largest political party which, for all its faults, embodied the political aspirations of roughly half the population. To this day, fewer than a third of the population in Russian-speaking Ukraine view the acting president and prime minister as legitimate, while in Donetsk and Lugansk, the hotbeds of armed resistance, this figure falls to less than 15 percent.

4. Ignoring the rise of the Radical Right: The Western media has slowly caught on to the fact that right-wing nationalist groups like Svoboda and the Right Sector played a decisive role in the radicalization of the Euromaidan, and in the dramatic seizure of power immediately after the February 21 accords. Officially, however, Western governments continue to insist that their role is marginal. Yet, even today, such groups wield inordinate influence within the parliament and on the streets of central Kiev, which they continue to occupy despite pleas by the acting president to leave. They intimidate politicians, judges, and journalists, indeed anyone who speaks out against the policies of the current government. Their intimidation of presidential candidates associated with the Party of Regions elicits almost no comment from Western governments. Many in the Eastern and Southern regions of Ukraine see this as further confirmation of Western partisanship.

5. Labeling protesters in the East and South “pro-Russian” and “separatists.”: Both labels are misleading because attachment to Russia in these regions is cultural and linguistic, not political. Reports from the region, surveys, and statements by local and national politicians, make it abundantly clear that there are significant local grievances against the interim government in Kiev. Even firebrand Yulia Tymoshenko recently acknowledged as much on national television. The vast majority simply want their Russian heritage to be recognized as part of their Ukrainian identity. The easiest way to do this, they say, would be to acknowledge the reality of Ukraine’s bilingualism in the constitution. The interim government’s resistance to this idea only deepens their mistrust of Kiev.

As for the charge of separatism, it is worth noting that in every instance where separatism has become an issue, including Crimea, the original demand was for greater regional rights and autonomy within Ukraine. Only when Kiev responded by replacing local officials with ones loyal only to the new government, did the issue of secession arise. That is one reason why most people in the Eastern and Southern regions of Ukraine (62 percent) blame the loss of Crimea on Kiev, rather than on Crimean separatists (24 percent), or on Russia (19 percent). The same approach is now being taken toward eastern and southern Ukraine, with the same disastrous results.

6. Blaming Russia for Ukraine’s problems: Despite the heated rhetoric coming from Western governments, Russia’s primary objective in Ukraine has actually been to reduce the level of domestic instability. The reasons are not hard to fathom. First, such instability is bad for business, which in the case of Ukraine, involves military, industrial and energy investments that are vital to Russia. Second, continued instability is bad for Russia because it increases the likelihood of Ukraine becoming a failed state, which Russia will feel obliged to support with massive humanitarian assistance. Third, such instability is bad because it increase tensions with the West, which has a tendency to blame Russia for everything that happens there.

Russia would very much like to see Ukraine as a stable economic and political partner, able to provide enough growth and jobs to its own citizens to reduce the annual flow of more than 3 million Ukrainian migrant workers into Russia, and thus contribute to the prosperity of the 11 million Russians who live along the border with Ukraine. Having already spent as much as 300 billion dollars over the past two decades to prevent the collapse of the Ukrainian economy, it hardly seems likely that Russia now seeks its economic demise. It most certainly does not want to spend the tens of billions of dollars it would take to absorb these regions, and raise their standard of living up to that of Russia.

What Ought To Be Done Instead

If Russia’s actions are not the root cause of Ukraine’s problem, then chastising it cannot possibly resolve the current crisis. In fact, it compounds the crisis in three ways: first, by distracting Western policy makers from the real divisions within Ukraine that need to be dealt with; second, by reinforcing the notion, popular among some in the interim government in Kiev, that Western backing means there is no need to negotiate with the discontented eastern regions; third, by antagonizing the external actor with the greatest stake in Ukraine’s well-being—Russia.

By interpreting current events in Ukraine through the prism of a new Cold War with Russia, the Obama administration has already achieved one of that conflict’s most unfortunate byproducts—the manipulation of external power by local actors seeking maximum advantages for themselves.

But Russia is not the USSR. In an odd historical twist, in the current crisis, it is defending the rights of local populations to be heard by their government, whereas the West is defending the removal of a legitimately elected president. Significantly, all this is taking place in an area of the world that retains strong sympathies for Russia.

An extensive survey of Russian-speaking areas in April 2014 shows that while 70 percent do not support secession, if a referendum were held today only 25 percent would want to join EU, whereas 47 percent would prefer to join the Russia-led Customs Union. Only 15 percent feel that Ukrainian relations with Russia should be the same as with any other county, whereas three-quarters say the two countries should have open borders, and 8 percent feel the two should be one country. Most worryingly for the prospects of the military campaign against the rebels being conducted in the East, while nearly three-quarters say they do not support the introduction of Russian troops, only 10 percent say they would take up arms to defend Ukraine’s territorial integrity.

This is the minefield within which the United States and the EU are now trying to maneuver—deep in the historical heartland of the Russian empire, where popular sympathies for Russia are both vast and deep, and where the West has yet to define any clear strategic objectives.

Historians of the future will wonder greatly at the forbearance that Russia has shown in wielding its potentially vast influence (the ease with which Crimea was taken by Russia should be highly instructive), in contrast to the boldness verging on recklessness with which the United States and EU have sought to manipulate the political outcome in Kiev.