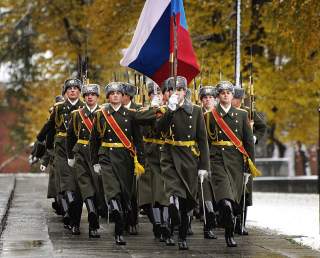 President-elect Donald Trump has promised to mend relations with Russia and make a “deal” with President Putin that will restore ties and facilitate cooperation on global challenges. As his administration embarks on their own reset of relations with Russia, he should bear in mind two key facts. First, every U.S. administration since 1991 has come into office seeking to improve ties with Russia and each of these resets has ended in disappointment, because the United States and Russia have a very different understanding of what a productive relationship would look like. Second, President Putin has made clear what he would put on the table as the main elements of a deal—a reprise of the Yalta agreement that divides the world into spheres of influence and does not challenge what he considers are Russia’s legitimate interests. As an experienced businessman, Mr. Trump needs to ensure that U.S. interests are served by whatever deal he negotiates.

With U.S-Russian relations at their lowest ebb since 1985, it is important for the new U.S. administration to re-establish ties with the Kremlin. So far, Mr. Trump has given general outlines of what such a deal would look like. It might involve recognizing Crimea as part of Russia and lifting the economic sanctions on Russia imposed after the launch of a war in the Donbass that has claimed 10,000 lives so far. This would end the transatlantic consensus on Ukraine and remove a major source of tension with Russia. But what would the Russian quid pro quo be?

If the goal is to create U.S-Russian cooperation on defeating Islamic State, this is what Secretary Kerry has unsuccessfully been trying to do for the past year. A Trump administration might drop the current U.S. position that Mr. Assad has to go, but it remains unclear whether the Russian priority in Syria is defeating Islamic State.

Perhaps a more fruitful way would be to begin with smaller steps instead of pursuing a Grand Bargain. The demonization of the United States is woven into the current fabric of the Russian body politic and will not easily be removed. But with pragmatic leaders in the White House and the Kremlin better ties might gradually be restored. With New START set to expire in 2021 and the INF treaty in doubt, restarting arms control negotiations should be a priority.

Angela Stent is director of the Center for Eurasian, Russian and East European Studies at Georgetown University and is the author of The Limits of Partnership: U.S.-Russian Relations in the Twenty-First Century. Follow her on Twitter at @Angelastent.

Image: Russian honour guard during a wreath-laying ceremony at the Tomb of the Unknown Soldier in Moscow​. Wikimedia Commons/U.S. Air Force