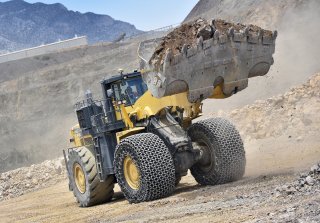 A few highlights of this debacle include closing the U.S. Bureau of Mines in 1996, allowing America’s only rare earths mine to go bankrupt, winding down our defense stockpile, and standing passively by as China became the world’s manufacturing superpower while gobbling up strategic resources all over the world.

With all our domestic natural resources plus commodity-rich Canada and South America, how did we ever become dependent on China for the supply of critical metals for our technology and defense base?

This all could have been prevented with just a modicum of foresight. After all, unlike America, our allies took steps to blunt and hedge these risks, such as South Korea’s mining investments in the Philippines and Japan’s financial partnership with Lynas of Australia—the world’s second-largest producer of rare earths.

In short, China’s massive advance over the past two decades to become a mining and refining superpower is a killer advantage in the age of U.S.-China rivalry.

The cause of this puzzle is not complex and can be traced to two clear trends. The first is post-Cold War complacency regarding the development of natural resources in America. “No worries, globalization will save the day” has long been the prevailing attitude.

The second cause is a rigid belief that the free market can solve all strategic issues. Letting the S&P 500 run international economic policy to optimize stock price led to the shifting of the U.S. industrial base to China. America, the world’s stock superpower, has put share price above all other economic and national security considerations. This is a questionable long-term strategy.

In a nutshell, we seem to have forgotten that America’s economic security, financial security, and national security are one and the same.

China’s dominance in strategic metal production is, of course, connected to its capturing of the commanding heights of global manufacturing, a rise that has been driven by both scale and lower labor/input costs.

Look no further than Apple. Apple’s revenue is up 70-fold, and its share price is up 600-fold over the past two decades.

The key to Apple’s meteoric success was the decision to move production and assembly over to China-based factories, which now produce more than 90 percent of its products. Chinese consumers account for about 20 percent of the company’s revenue. Furthermore, 150 of Apple’s biggest suppliers operate production facilities in China.

However, the average wage of the average Chinese manufacturing worker has doubled to about $530 a month. This is about twice as much as the average in India or Vietnam, according to a survey by JETRO. This is why these countries are where Apple is incrementally moving production.

Meanwhile, on the other side of the Pacific, America accounts for around 40 percent of Apple’s revenue, but at best gets a few crumbs of final assembly and some small-scale test production.

But like someone trying to complete a puzzle without first forming the frame, our approach remains haphazard and our progress painfully slow.

For example, consider the recently passed $52 billion CHIPS Act, which is intended to support America’s domestic semiconductor industry. Simply put, it puts the proverbial cart before the horse. This legislation aids the fabrication of semiconductors, but it does little to address the need for dozens of upstream rare earths and rare metal inputs that go into the chipmaking process. The priority of rebuilding supply chain economic security should be developing the foundation of manufacturing—commodity inputs—in America or friendly countries.

Then there is the paradox of clean tech. The critical materials needed to produce cleaner electricity and power electric vehicles (EVs), wind turbines, and solar panels—cobalt, gallium, lithium, germanium, and rare-earth elements—are far scarcer than petroleum. And refining these critical materials is now anything but clean. There are promising North American cleaner technologies out there, but access to venture funding to prove them up at scale is inadequate.

The present scarcity and concentration of production in China and other countries unfriendly to America also suggest that strife over vital resources is inevitable, leading to the sort of geopolitical struggle that occurred over oil in the last century.

Cobalt, the Congo, and the Fight for Electric Vehicles

This situation is not without precedent. Following World War II, ensuring access to Middle Eastern oil became a strategic priority for the United States, especially after the “oil shocks” of 1973 and 1979. America’s economy, heavily reliant on petroleum, demanded it.

With this in mind, here is the key question: are we truly ready for an explosion in clean energy and electric-car ownership?

EV market share is already growing rapidly and is projected to reach at least 15 percent of worldwide sales by 2025. According to a study by the International Energy Agency (IEA), the demand for lithium in two decades could be fifty times greater than it is today. For cobalt, it could be thirty times greater if the world moves from oil-driven vehicles to electric vehicles as expected. Such a transition would not be easy: a typical electric car requires six times the mineral inputs that a conventional gas-powered vehicle requires, not to mention 3,000 microchips.

Yet, as the IEA notes, just one country, the Democratic Republic of the Congo (DRC), currently supplies more than 80 percent of the world’s cobalt. And the vast majority of DRC-based copper/cobalt mines are controlled by the Chinese.

Similarly, China also currently supplies about 80 percent of rare earth oxides. Argentina and Chile jointly account for nearly 80 percent of the world’s lithium supply, while four countries— Argentina, Chile, the DRC, and Peru—supply most of our copper. China is also the dominant processor of gallium for semiconductors and germanium for fiber optics.

In other words, China is keeping more of all these critical materials at home to fuel its drive for dominance of the global clean tech ecosystem. Unfortunately, the American government, politics, and media are largely reactive institutions, while China looks and plans.

A quote by Deng Xiaoping captures this reality all too well: “Unlike the Americans, our efficiency is higher; we carry things out as soon as we have made up our mind, it is our strength, and we must retain this advantage.”

Relying on China, America’s top rival, for the supply of these critical materials is foolhardy. The most powerful nation and military on the planet, the United States, can supply itself with only minimal percentages of critical minerals needed for advanced technologies.

Thankfully, there is mounting evidence that America is finally shaking off its complacency and grasping the linkages between the trifecta of technology, energy and minerals, and defense.

MP Partners, America’s only rare earths producer, is moving forward with its expansion of the Mountain Pass rare earth mine. MP’s goal is to increase its production and develop the ability to commercially refine rare earth oxides. In addition, MP expects to further build America’s clean energy supply chain by manufacturing permanent magnets.

Domestic extraction is not enough, however. Consider the case of cobalt. As noted earlier, this mineral is necessary for technologies critical for America’s industrial production and U.S. national security. However, the United States does not have a single commercial cobalt refinery, completely relying on imports and recycled scrap for its cobalt. An American firm, Westwin Elements, is planning to change this by building America’s first commercial refinery in Oklahoma to produce high-purity cobalt powders. This facility will utilize an advanced cleaner refining technology with no impact on water, air, or soil.

Even then, though, America only has limited amounts of domestic cobalt. Given this, one of America’s top priorities should be improving relations with the DRC, due to the concentration of cobalt reserves and production in that country.

America also needs to have stockpiles of rare earths and metals (such as cobalt) in place for private companies to access at times of market stress.

The United States also needs to increase the tempo of its partnering with allies and friendly countries to increase the resilience of rare metal supplies. One example is the U.S. International Development Finance Corporation’s recent announcement that it will make a new, direct investment in TechMet to build on previous support for a related nickel and cobalt mine project in Brazil.

It will take great foresight and planning, capital investment, hedging, and commercial diplomacy to build stronger supply chain security for strategic metals. Only then will there be a chance of a future in which nations do not fight over the world’s supplies of critical minerals just as they once fought over oil.

Carl T. Delfeld is a senior fellow at the Hay Seward Center for Economic Security, was a former U.S. Representative to the Asian Development Bank, and is the publisher of the Independent Republican. His latest book is Power Rivals: America and China’s Superpower Struggle.