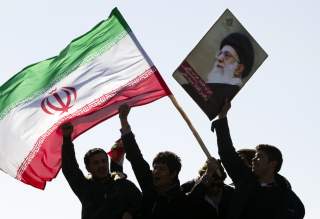 On August 13, Iran’s Supreme Leader Ayatollah Khamenei met with Houthi representatives in Tehran in what was a rare overt display of support. Since the Yemeni civil war began in 2015, Iran had kept the Houthis at arm’s length. However, recent divisions within the Saudi coalition and the Houthis’ success establishing themselves in Yemen changed the calculus. The public meeting was a clear sign of strengthening ties between Iran and the Houthis in the face of a divided adversary.

Yemen isn’t the only unstable nation-state in the region where the Iranians have gained major leverage. From Beirut to Kabul, Iran has managed to become a player of increasing significance. This is why it is as critical as ever for the United States to move beyond its animosity with Iran and move towards high-level diplomacy—regional allies included—in order to stabilize the region enough for the United States to be able to end its forever wars. The nuclear deal and the immediate need to deescalate tensions in the Persian Gulf should just be the beginning—not the ultimate goal. At the end of the day, Iran’s regional role is essential to the United States pivoting away from the region and turning its attention to more pressing global matters better aligned with its actual interests.

In Syria, dictator Bashar al-Assad remains comfortably in power with the continued support of Russia and Iran, despite an inability to secure the country with the presence of foreign troops and rebels. In fact, Iran has transitioned to exploring economic opportunities in Syria. Instead of negotiating with the major players involved, the Trump administration continues to work with a limited number of allies that only extends its entrenchment in Syria. The latest example is Washington’s agreement with Turkey to create a safe zone. A continued stalemate where the United States is working against the goals of Russia and Iran is not only a problematic result for the Syrian people, but it leaves the United States with what could become years of military maneuvering with limited results and no end in sight.

Meanwhile in Afghanistan, the Trump administration is closing in on an agreement with the Taliban that would allow the United States to decrease its presence in the country after eighteen years of fighting. However, Iran too has held its own talks with the Taliban as it became Afghanistan’s largest trading partner in 2018. The economic ties between the two countries were significant enough for the Trump administration to issue sanctions waivers for Iran’s Chabahar port because of its economic relevance for Afghanistan.

The story of Iran’s ever-increasing leverage in regional conflict zones is a consistent one. From Tehran’s influence over Shia militias and economic ties in Iraq, to Hezbollah in Lebanon to cultural and historic ties in Afghanistan, Iran has pursued its regional interests effectively.

The key question remains how the Trump administration plans to continue isolating Iran and maneuver around it in each context.

When the Obama administration signed the Joint Comprehensive Plan of Action (JCPOA) in 2015, the nuclear issue with Iran was solved. This diplomatic opening between Washington and Tehran that resulted from negotiations was unheard of since the Iranian Revolution of 1979. After all, it was this opening, specifically between U.S. Secretary of State John Kerry and Iranian Foreign Minister Javad Zarif, which led to the safe release of American sailors by Iran in January 2016. However, instead of using the opening to move towards discussions on other issues with Tehran, the Obama administration felt the political costs in Washington, where the status quo was built on anti-Iranian hysteria, were too great to move forward. The nuclear deal became the end result—missile sanctions were subsequently placed on Iran, weapons were sold to Saudi Arabia for its disastrous war in Yemen, and Congress passed a ten-year extension of the Iran Sanctions Act. Clearly, diplomatic capital was being burned for domestic purposes.

With the election of President Donald Trump, the appointment of National Security Adviser John Bolton, and the subsequent “maximum pressure” campaign against Iran, the dream of real détente between Tehran and Washington has been long gone. However, it remains a reality that the United States and Iran need high-level diplomacy in order to deescalate tensions not only with one another, but across the Middle East.

Currently, U.S.-Iran tensions are at an all-time high. The Trump administration is advocating for a U.S. naval coalition in the Persian Gulf, both Iran and the United States have shot down one another’s drones, and a diplomatic off-ramp has been closed now that sanctions have been placed on Zarif—Iran’s top diplomat. If anything, this encourages Iran to acquire more leverage in the region in order to prevent a war—especially in the case of Syria and Lebanon, where Hezbollah have gained a foothold and could respond in the case of an attack on Iran.

Meanwhile, the Trump administration’s “maximum pressure” campaign has backfired not only among European allies frustrated about pulling out of the Iran deal, but in the Middle East as well. The UAE not only gave a tepid response to Iran’s alleged attack against oil tankers in the Persian Gulf, but it also sent officials for maritime security talks to Tehran—a first since 2013. U.S. allies do not want to be collateral in another voluntary war in the Middle East. Instead of shortsightedly celebrating weapon sales over avoiding another forever war, Washington should be encouraging regional diplomacy and even a Persian Gulf security framework in order to deescalate tensions.

Now, it’s important to be aware that Iran’s regional leverage does not necessarily mean that everything is going smoothly for Tehran. For example, the Iraqis are questioning the influence of the Iran-backed Shia militias, Assad remains at a relative stalemate as Iran’s partners in Syria—Turkey and Russia—pursue their own agendas, and sanctions are taking a toll.

However, the plan to isolate Iran only disempowers Iranian civil society and democratic movement while leaving Iran’s leverage in the region intact. It’s simply counterproductive. The United States could continue to work with its limited supply of regional allies to maneuver around Iran, but at the end of the day it will be an agreement (or a series of agreements) with Iran that will actually move the United States closer to closing the book on multiple fronts. If President Trump or a future administration is serious about avoiding another war and ending its current regional engagements, it must look beyond simply attaining a nuclear deal with Iran—Washington needs to realize the positive ramifications that could only come after thorough innovative, high-level diplomacy.

Shahed Ghoreishi is a U.S. foreign policy analyst. He’s a graduate of the Johns Hopkins School of Advanced International Studies. You can follow him on Twitter @shahedghoreishi.