Sometimes, There Is a Military Solution 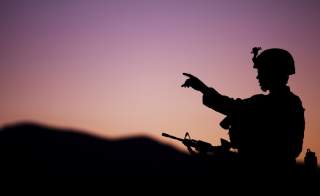 Since 9/11, the United States has undertaken two major and one significant but much smaller military interventions that resulted in regime change: Afghanistan, Iraq, and Libya. In each case, postwar planning and execution proved inadequate. The high costs and outcomes that fell short of our aspirations have produced a backlash against state- and nation-building, and, more generally, against the entanglement of U.S. military forces in local and regional conflicts particularly for protracted periods of time.

The notion, however, that there is “no military solution” to the civil conflicts raging around the world cannot form the basis of policy or strategic planning. The enduring problems of regional rivalry, sectarian conflict, and state collapse—and the associated threat of extremism and terror—pose some of the most difficult and immediate challenges facing the United States. Solutions cannot be achieved solely by military means, but they also cannot be addressed through diplomacy alone.

The key is to find ways of carrying out effective political and military strategies—and this will often require state and nation-building in order to solve an underlying strategic problem. No doubt we will strive to avoid state- and nation-building of the magnitude of Iraq and Afghanistan—particularly doing two large ones nearly simultaneously. Therefore, it is important to learn lessons from recent interventions to avoid or minimize the mistakes made and to address the shortcomings. Also, these lessons should be taken into account in decisions about the military and diplomatic capabilities and skills that should be retained. Because of the risks that are incurred in state and nation-building, we will throw the baby out with the bathwater.

The discussion of our problems in Afghanistan and Iraq emphasize two explanations. The first emphasizes that our plans were not appropriate for the strategic environments at hand and thus could not fully succeed. In Afghanistan, the State Department was put in charge and the United States pursued state and nation-building reluctantly and haphazardly. In Iraq, with the Defense Department taking the lead, we embarked on an ill-fated occupation of the country before handing sovereignty over to the Iraqis. Later, state and nation-building was divided between the Defense and the State Departments. In Libya, the United States engaged without any plan to manage the post-Qaddafi order, assuming that the Europeans and other coalition partners would assume the burden.

The second explanation is more fatalistic. It argues that even the best-laid plans cannot produce satisfactory outcomes and that there is ultimately “no military solution” to the world’s civil conflicts. As reported by Jeffrey Goldberg in the Atlantic, this appears to be the conclusion that President Obama reached in the aftermath of the Libya operation.

My own view is that these sentiments, while understandable, are too simplistic. The outcomes in Afghanistan and Iraq surely did not meet our aspirations, but it is not obvious that the alternative—U.S. abdication of the lead role (as pursued in Syria and Libya)—produces better outcomes. At a minimum, a realistic threat of resort to force if necessary would buttress diplomatic efforts that could ultimately avoid the use of force. At the same time, I do not share the view that competent presidential command alone could have turned the invasions of Afghanistan and Iraq into quick, efficient victories that did not require a sustained American presence.

The wars in Afghanistan and Iraq were a test of our ability to integrate political and military capabilities. They revealed that this is precisely where they are at their weakest. Those who do not believe that we should engage in large exertions of American power—like in Afghanistan and Iraq—may be indifferent to this reality, but my own view is that even smaller-scale conflicts on the horizon will require strong, integrated U.S. capabilities. Although it is highly unlikely that we would undertake two simultaneous large-scale state- and nation-building projects similar to Iraq and Afghanistan any time soon, we will face smaller conflicts where the outcome would be of strategic importance to the United States. In such conflict states, there is no substitute for U.S.-led state- and nation-building efforts to strengthen moderate political forces, foster local political settlements, and build institutions that can create order.

The good news is that U.S. interventions over the past two decades offer useful lessons for how the U.S. can improve its integration of diplomatic, military and other instruments in conflict zones. Based on my experiences as the U.S. Ambassador to Afghanistan and Iraq, I believe that the costs of potential future smaller interventions would be more manageable if we integrated U.S. diplomatic and military efforts and preserved capabilities acquired through our experiences in those countries.

The period between 2003 and 2005 in Afghanistan is one of the most instructive phases of the U.S. mission in Afghanistan. In 2003, President Bush and Congressional leaders agreed that the United States would not be able to prevent the reemergence of terrorist safe havens in Afghanistan without rebuilding the country’s institutions and creating a functioning Afghan state. The effort to help Afghans rebuild their own institutions required a deeper American presence. In 2003, Congress approved a plan—called Accelerating Success—to build on the military progress our troops were making with an invigorated program of political and economic reconstruction. President Bush appointed me as U.S. Ambassador to Afghanistan to implement the plan.

Accelerating Success was one of the most successful efforts of the Afghanistan mission. There were only about 20,000 U.S. forces in the country at the time, compared to the 140,000 troops at the height of the 2010 surge. While challenges such as narcotics production and trafficking remained an issue, the major warlords were integrated into the political process, Afghanistan officials ratified an enlightened constitution, and security incidents fell to record lows. And the foundation of Afghan state institutions, particularly security forces, was established.

While it certainly helped that Congress appropriated $1.6 billion for Accelerating Success, the main lesson that stands out from this period is the importance of pursuing a joint political-military strategy. In our current approach, civil-military integration depends on the luck of fielding like-minded ambassadors and commanders who, except in unusual cases, neither deploy together nor coordinate approaches.

In the case of Accelerating Success, what should have happened by design instead happened by chance. At the same time I was nominated as ambassador in 2003, President Bush selected a new commander of U.S. forces in Afghanistan—General David Barno. Barno and I did not know each other well, but we were on the same page about U.S. policy in Afghanistan. We both favored a shift in strategy from counterterrorism to counterinsurgency, where the military would focus more on protecting the Afghan people and furthering political progress rather than solely targeting the enemy with sweep operations or raids. Under the plan we developed together, military power would be fused with all elements of U.S. power to advance political objectives. With relatively little guidance from Washington, Barno and I ensured that there would be no “white space” between the military and the embassy.

After Barno and I left Afghanistan, our successors largely reverted to old practices where the embassy and military headquarters pursued relatively unintegrated missions. Night raids, along with greater civilian casualties from excessive U.S. firepower, were among the principal reasons why Afghan President Hamid Karzai became so bitter toward the United States. Mystified that the U.S. was no longer coordinating with Afghan leaders on challenges such as governance and Pakistani meddling, Karzai gravitated toward conspiracy theories and turned on Washington.

The promise of civil-military integration can be seen during important periods of the Iraq conflict as well. It was only in early 2007, when General David Petraeus took command in Iraq, that Washington, for the first time in the Iraq War, pursued a genuinely integrated civil-military strategy. The President sent five additional combat brigades to pursue a population-security counterinsurgency strategy. While carrying out a new military strategy, Petraeus and I, as the U.S. Ambassador to Iraq, worked closely together on resolving divisive issues such as de-Baathification reform and hydrocarbon laws. The security situation improved even before the arrival of the additional combat brigades.

I believe that had the United States continued to engage Iraqi leaders with a coordinated political-military strategy after the surge, a centrist, cross-sectarian, and cross-ethnic government could have taken hold in Baghdad. Instead, President Obama decided to withdraw militarily from Iraq, a decision that undermined our diplomatic efforts and provoked an unfortunate shift in the leadership of Iraqi Prime Minister Nouri al-Maliki. Maliki purged opponents and threw his lot in with Iran, knowing that Tehran was the only power that could help or hurt him. Following the U.S. military withdrawal, his fear of a military coup led Maliki to replace professional officers with personal loyalists. The gutting of the Iraqi army under Maliki redounded to the detriment of the United States when Iraqi forces proved incapable of beating back Islamic State fighters in 2014.

I do not think U.S. disappointments in the Middle East were inevitable—and they certainly don’t need to be in the future. Particularly troubling is the fact that our government has not acted on the lessons of our engagements in Afghanistan and Iraq, many of which, by this point, have become quite clear.