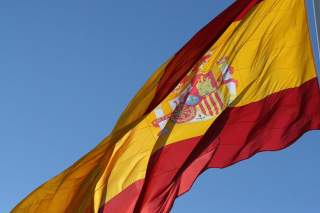 Spaniards are angry. Their anger was evident in the European election results in which voters embraced new political parties and gave a slap in the face to the two established ones. The ensuing revolt inside the socialist party (PSOE) over the selection process for its next leader was quickly eclipsed by the antimonarchy protests in reaction to the king's abdication announcement. The economic crisis and continuing corruption play on in the background, making it easy to see why Spanish citizens are getting whiplash from directing and redirecting their outrage.

Don't panic: there is a common thread here—a lack of democracy and transparency in Spain's institutions. Any casual follower of Spanish history understands that it's a young democracy, which transitioned from a dictatorship, could be looked at as a model for others to follow. However, just shy of forty years old, Spain's democracy has outlasted its thirty-six-year dictatorship, only to find itself facing a midlife crisis.

Transition and the Constitution

Spain's constitution was written with the violent failure of the Second Republic in the rearview mirror, so it's easy to understand why one of its biggest objectives was stability. The monarchy and an election system that favored two political parties were purposefully put in place to generate desired stability.

The three critical figures of the Spanish transition were King Juan Carlos; Adolfo Suarez, the King's appointee as president of Spain's constituent congress, who also led the conservative coalition Union of the Democratic Center (UCD) to victory in the first election in 1977; and Felipe Gonzalez, leader of the PSOE. It was this alliance that eased Spain into a stable democracy thanks to a willingness to keep things moderate as they moved forward. The king put his faith in Suarez, the young former minister in the Franco government who believed in Spain's budding democracy. Suarez famously and controversially legalized the communist party, and the Gonzalez-led PSOE abstained, rather than voted against establishing Spain as a constitutional monarchy.

Many world leaders are reluctant to change the systems in which they have been successful, and Spain is no exception. In fact, leaders often equate altering the constitution with opening up a “Pandora's Box”. But talk to college students, professionals or retired individuals, and you'll be confronted with a seething cynicism concerning politics and government. It's a sign that Spain's democracy is maturing when its people are start demanding more democracy through growing social and political movements.

Spanish headlines hailed the “end of bipartisanship” after the European Parliament elections, which took place in Spain on May 25 and gave an unprecedented five of Spain’s fifty-four seats to a four-month-old political party called Podemos (We Can). Their leader, Pablo Iglesias, pledged that "Our goal is to continue advancing until we’ve thrown out the PP (governing right of center Popular Party that occupies the ideological space of the UCD, which disbanded in 1983) and PSOE (opposition Socialist Party).” Bipartisanship is a dirty word in Spain. It implies a political system dominated by two parties that work together to preserve the status quo.

It's hard to tell if this is truly the end of bipartisanship, since voter turnout topped the 2009 turnout by only 1 percent for an unimpressive total of 45.85 percent (compared with general-election turnout, which usually hovers around 70 percent). Those who voted used their votes less as a tool to shape the European Parliament and more as a stick with which to beat the establishment parties. Besides Podemos winning five seats, another relatively new party, the centrist Union for Progress and Democracy (UPyD) expanded their presence in the Eurocamera from one to four seats.

What Podemos and UPyD have in common is that unlike the establishment parties, they are bottom-up institutions with structures reflecting real participation from their base of supporters. Both out of necessity and conviction, these parties have developed from the ground up, tapping into a real desire among the Spanish people for more participation in political processes, such as holding primaries to select candidates.

New parties don't get much in the way of public financing and must turn to their supporters for what little they receive, then make the most of it by relying on their volunteer “ground game.” The conservative PP has a very loyal voter base, and doesn't have any real competition from parties on the right. However, the PSOE, like many left-leaning parties, has a fickle base of voters and a tremendous amount of competition. Nonetheless, both parties have remained top-down institutions, and as an internal PSOE pollster once quipped, are “rejection machines” when it comes to citizen participation. It's easy to see why Spanish citizens would find these newer, more-open parties attractive.

Despite losing eight of the twenty-four seats they won in 2009, the PP claimed victory on election night because they technically won the most votes. But the PSOE, coming in second and losing nine seats, had to recognize their defeat. The following day, on May 26, the PSOE's general secretary, Alfredo Pérez Rubalcaba, effectively announced his resignation with the call for a party congress on July 19, where a new secretary general will be chosen. Party supporters that hadn't already fled to Podemos and other alternatives on the left broke out in protest.

Opening up their parties to primaries wasn't exactly the brainchild of the new kids on the block: the PSOE has spent years debating the merits of primaries and would have liked to have been able to claim that they were the first to do so. Although the list for the European Parliament had been chosen via the “dedazo” (big finger) of the party leaders, the first PSOE primaries had been agreed upon for this coming fall. Hence, the negative reaction to Rubalcaba's announcement: a new secretary general not selected by primary, but rather by party bosses, might not be as open to ushering in primaries in the fall and risking the possibility of not being the party's presidential candidate.

In the end, the PSOE's executive committee succumbed to pressure and decided to allow all militant members to vote for a new secretary general in July. So far, there are four declared candidates distancing themselves from current leadership in their quest to cast themselves as the future face of the party. But there is still concern of what will happen with the primary in November.

On June 2, after Rubalcaba's announcement, President Mariano Rajoy made a much bigger one concerning King Juan Carlos' intention to abdicate in favor of his son, Prince Felipe. This provided the country's republicans, who would like to see the monarchy abolished in favor of a parliamentary republic, an opportunity to protest the monarchy and call for a referendum to decide if it should continue or not. Even the staunchest republicans will admit to the king's critical role in the transition. In fact, according to the Spanish polling organization, Metroscopia, “72 percent of Spaniards (and, significantly, also those under thirty-five) still think that without the king, the transition to democracy would not have been possible in Spain.”

Not unlike the transition, King Juan Carlos, the PP and the PSOE have appeared to be in sync with the two-and-a-half-week roll out of his abdication and passing of the crown to Prince Felipe, which first required a vote in congress, which took place on June 11, just nine days after the announcement. The coronation is scheduled for Thursday, June 19, which happens to be a national holiday.

The law required by the Spanish constitution to allow the an abdication was passed by 85 percent of the congress. Despite widespread protests coming from the left, instead of attempting to use this vote to force a referendum on the monarchy as the United Left (IU) did, the Rubalcaba-led PSOE voted unflinchingly to allow this step toward passing the crown to Prince Felipe.

A recent Metroscopia poll shows that 62 percent of Spaniards would like to have a referendum on the monarchy at an unspecified point in time. Further data in the same poll reveals that the desire for more voice is greater than the desire for change: 49 percent would vote to keep the monarchy and 36 percent favors becoming a republic. Even PSOE voters slightly favored the monarchy 46 percent to 43 percent.

Again, all this plays out against the backdrop of a seemingly endless economic crisis and series of corruption cases that leave practically no institution untouched. The two most notable cases are an illegal financing case involving the ruling PP and another involving the King's son-in-law. This corrosive corruption has had a real impact—a Pew Research report shows that since 2008, satisfaction with the direction of the country has plummeted from 50 percent to 5 percent in 2013.

As with most midlife crises, a little change can ease the adjustment. If Spain's two establishment parties and the Royal Family want to keep their credibility and authority in the country's democratic middle age, then they are going to have to open themselves up to greater citizen participation and transparency.