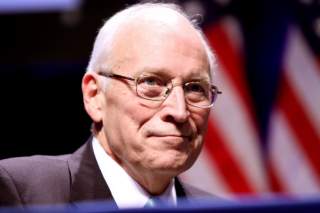 IN MAY 1968, Richard Hofstadter published an essay about the Vietnam War in the New York Times Magazine. It was called “Uncle Sam Has Cried ‘Uncle!’ Before.” Hofstadter had earned fame for works such as The American Political Tradition and Anti-Intellectualism In American Life that upended traditional interpretations of American history. The two-time Pulitzer Prize–winning historian was also a colleague and close friend of Lionel Trilling, Jacques Barzun and Daniel Bell at Columbia University. It was a moment when the voice of the New York intellectuals carried, even as the paladins of the New Left assaulted everything that they cherished.

In the Times, Hofstadter now offered a characteristically revisionist (and insightful) reflection about American foreign policy:

The American people, like their leaders, have very little familiarity with losing national enterprises. Although they have been uncommonly uneasy about the war in Vietnam almost from the beginning, they are equally uneasy with the idea of national failure, and an American “defeat” seems to many of them unthinkable and absurd.

But it wasn’t. Contrary to popular mythology, Hofstadter argued, the United States had never enjoyed a smooth rise to global dominance. Instead, pretty much like any other nation, it had experienced periodic setbacks and defeats.

Hofstadter thus pointed out that in 1794 George Washington had signed the deeply unpopular Jay’s Treaty, which preserved the peace between Great Britain and the United States at the cost of numerous concessions. The United States also paid ransom to the Barbary states (in 1795 alone it handed over almost one million dollars to the dey of Algiers to rescue 115 sailors). Then there was the War of 1812. American bungling throughout the conflict was overshadowed by Andrew Jackson’s spectacular victory at New Orleans, which created the impression of overwhelming U.S. military power even though it wasn’t even necessary to fight (slow communications meant that neither the British nor Americans knew that a peace deal had already been reached). Battling Mexico and Native Americans, Hofstadter wrote, further fostered a complacent belief in American invincibility. So did World War I, which the United States entered late in the day. World War II propelled the United States to global power, but the Korean War proved an unpopular and intractable conflict that Dwight Eisenhower pledged to end upon entering the Oval Office. Now Hofstadter said that prolonging the Vietnam War would, in the words of his biographer David S. Brown, “almost certainly bring about a reaction from the Right” to avenge the failure of liberal elites in Southeast Asia.

What Hofstadter did not anticipate, however, is that perhaps the most fervent response to defeat in Vietnam would come from a militant faction within the liberal movement, the one that came to be known as neoconservatism. It was a neologism coined as a term of derision by Michael Harrington, but it would ultimately be embraced by its adherents. The desire to restore a perceived American dominance—to repudiate the “Vietnam syndrome”—helped lead to the birth of the neocons. Former critics of the war, such as Commentary editor Norman Podhoretz, came to champion it retrospectively as an essential crusade against Soviet aggression. This remarkable turnabout prompted Theodore Draper to warn presciently in the New Republic in March 1982 that Podhoretz’s self-serving tract Why We Were In Vietnam “represents a trend of selective moralistic zealotry which, if permitted to spread, will give both anti-Communism and neoconservatism a bad name.” But spread it did—so virulently that many neocons, including Podhoretz, assailed a succession of presidents ranging from Richard Nixon to Jimmy Carter to even Ronald Reagan for failing to take a harder line against the Kremlin. With blind bellicosity serving as their personal index of patriotism, no president could live up to the standards that the neocons wished to impose.

After the fall of the Berlin Wall in 1989, however, came a course reversal, at least when it came to Reagan. Now the once-saturnine neocons were jubilant, and claimed all the credit for the demise of the Warsaw Pact. But triumphalism required more triumphs, and by 2003, when the neocons and liberal hawks championed the Iraq War as the final blow to the Vietnam syndrome, they were unable to produce them. Instead, it was back to the future: Iraq, like Vietnam, turned into a debacle for the euphoric promoters of democracy and liberty in a distant land.

OR SO it seemed. Today, the neocons and liberal hawks are once more on the march. Writing in Politico, for example, Michael Hirsh observed that former vice president Dick Cheney’s “advice is actively solicited by many Republicans in Congress, perhaps more than it has been in years.” Perhaps no one has inadvertently done more to revive the fortunes of the neocons and liberal hawks than President Obama.

To listen to Obama’s critics—and with his poll numbers reaching subterranean lows, who isn’t one?—the trouble with his foreign policy is that it has represented an inexorable process of retrenchment. Smitten by his own lofty rhetoric about the end of great-power conflict and a new era of peace, Obama has steadily pulled back from the Middle East, Asia and Europe, at once alienating our allies and emboldening our foes. It began with his maladroit attempts to foist a peace process upon Israel that quickly descended into open warfare between him and Israeli prime minister Benjamin Netanyahu. Then came his tour of the Middle East, where he delivered a major speech in Cairo in June 2009 called “A New Beginning,” which proved to be none at all. In Iraq and Afghanistan, he accepted arbitrary timelines for withdrawal rather than seeing both missions through to completion. And in Ukraine, his negligent approach prompted Russian president Vladimir Putin to embark upon revanchism.

So, at any rate, goes the indictment from neoconservatives and liberal hawks. They’re certainly right to complain about his overall performance, but their specific allegations miss the mark. The real problem with Obama’s foreign policy is not that he has been intervening abroad too little. It is that he has too often intervened in an inconsistent and ineffective manner.

The belief that Obama has presided over an era of retrenchment presumes that he has had a coherent foreign policy. But in Syria as well as Asia, he engaged in empty talk about U.S. red lines. Asked about America’s commitment to defend the Senkaku Islands, for example, he gave what New York Times columnist Roger Cohen generously called an “evasive” response: “The implication of the question, I think, . . . is that each and every time a country violates one of these norms, the United States should go to war or stand prepared to engage militarily, and if it doesn’t, then somehow we’re not serious about these norms. Well, that’s not the case.” Actually, it is. U.S. policy in Asia and elsewhere is supposed to be based on a credible deterrent, not on the whims of a president who airily decides when he does, and does not, choose to back up solemn commitments.

Nor is this all. For all the complaints about Obama retreating from the world stage, the truth is that he has in fact been quite ready to employ military force abroad. In 2009, Obama backed a “surge” of troops in Afghanistan that merely postponed the inevitable. In 2011, Obama, together with European allies, attacked Libya to avert a slaughter in Benghazi and ended up driving Muammar el-Qaddafi from power, thereby exceeding the UN mandate and convincing Russia that Washington had used the pretext of humanitarian intervention as a convenient smokescreen to install a regime more to its liking. In reality, Obama quickly washed his hands of Tripoli.

What’s more, his original intervention merely helped set the stage for a conflict in Mali and an even bigger civil war in Syria, as Libyan militants and weapons poured out into the neighborhood. Unlike in Libya, however, Obama threatened to intervene but then retreated as Congress rebelled against the prospect of a new Middle East war. But with the collapse of Iraq and the rise of the Islamic State, the mood has palpably begun to change. Obama, in his recent national address on the Islamic State, adopted a more crusading credo in Iraq and Syria: “Our own safety, our own security, depends upon our willingness to do what it takes to defend this nation and uphold the values that we stand for—timeless ideals that will endure long after those who offer only hate and destruction have been vanquished from the Earth.”

IF THIS sounds redolent of David Frum and Richard Perle’s neocon manifesto An End to Evil, that’s because it is. Over a decade ago, Illinois state senator Obama denounced the impending Iraq War as a “cynical attempt by Richard Perle and Paul Wolfowitz and other armchair, weekend warriors in this administration to shove their own ideological agendas down our throats, irrespective of the costs in lives lost and in hardships borne.” Now, under President Obama, it’s suddenly springtime for neocons.

No sooner did Obama sound the tocsin on Iraq than the neocons declared that they had it right from the beginning (one of the honorable exceptions is none other than Frum, who recently acknowledged, “The United States overestimated the threat from Saddam Hussein in 2003. Without an active nuclear-weapons program, he was not a danger beyond his immediate vicinity. That war cost this country dearly”). “Dick Cheney Is Still Right,” the Wall Street Journal editorial page announced. “Say what you will about George W. Bush: He got every one of these questions right while Mr. Obama got every one of them wrong,” wrote the paper’s columnist Bret Stephens.