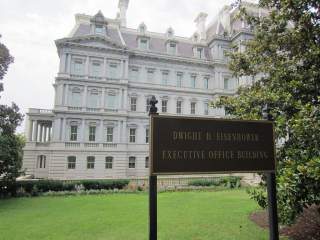 President-elect Donald Trump was remarkably courageous in consistently calling for “easing of tensions and improved relations with Russia—from a position of strength” despite widespread criticism among Washington’s foreign policy establishment and in the mainstream media. He will need the same political courage to make this goal a reality. But he will also need something else: a strategic plan in staffing key positions in his new administration. Without this, the policy is likely to fail.

The incoming president’s policy toward Russia is especially important in view of its potential as a lever to move many other components of U.S. foreign policy. Re-orienting America’s policy toward China—a more serious strategic challenge—and managing the Middle East’s complex security environment will be quite difficult without a more functional relationship with Russia. So will stabilizing a Europe increasingly preoccupied with its own problems.

Implementing Mr. Trump’s vision will require addressing some very difficult issues with Moscow, including the conflicts in Ukraine and Syria, while simultaneously advancing a clear strategic case for the effort in the face of significant opposition from politicians, pundits and the inside-the-beltway foreign policy community. The public case for the policy will be especially important because the future president’s strongest domestic political card may well be the fact that the American people elected him despite his controversial stand on Russia—demonstrating that a substantial share of the electorate is either supportive or, more likely, prepared to wait and see.

In this environment, the Trump administration’s personnel decisions will be critical. In some respects this has less to do with the Secretary of State, the Secretary of Defense or the National Security Advisor—whose acceptance of such an appointment would strongly imply willingness to pursue the president’s foreign policy direction—and more to do with the senior working-level officials with day-to-day responsibility for developing detailed policies and messages. Success here requires not merely acquiescence, but commitment, energy and creativity.

There are two ways to approach this issue. One is to try to put the right people into the existing government structure. From this perspective, the three most significant positions are obvious: there are deputy assistant secretaries handling Russia at the Department of State and the Department of Defense as well as a Special Assistant to the President and Senior Director for Russia on the National Security Council staff.

The second way is to look at how the U.S. government is currently organized and to ask whether the existing structure is suited to the challenging task that President-elect Trump defined on the campaign trail. From this point of view, two deputy assistant secretaries and an NSC Senior Director are unlikely to hold sufficient bureaucratic authority to implement a complex and controversial policy with numerous interlocking parts, ranging from Syria and Ukraine to NATO, the European Union and economic sanctions.

At the State Department, it could be quite difficult to pursue a new approach to Russia without making this a priority for the Assistant Secretary for European and Eurasian Affairs, who would have to merge U.S. policy toward Russia with U.S. policy toward NATO, Ukraine and other issues, and who would be an equal interlocutor with the assistant secretary covering the Middle East. Yet if the Trump White House were to nominate someone with a record of thinking differently about the U.S.-Russia relationship, that individual could face potentially bruising confirmation hearings, especially in a political environment defined by charges of Russian interference in the U.S. election.

Since the Defense Department’s Assistant Secretary for International Security Affairs covers not only Russia and NATO, but also the Middle East, the Pentagon’s structure aligns somewhat better with bureaucratic requirements in managing not only Ukraine and NATO, but also U.S.-Russian dialogue about Syria. But confirming someone committed to a different Russia policy could be even more challenging here, in view of Senate Armed Services Committee Chairman John McCain’s long concern over Russia’s problematic internal and external conduct as well as his recent statements.

Of course, “easing tensions” and “improving relations” with Russia could also be difficult without cooperation from the Commander of the U.S. European Command. That said, resistance to the Commander-in-Chief’s policy from a senior military officer would be not only daring, but also dangerous to the principle of civilian control of the military. Then again, if then-President Trump does indeed seek to improve relations “from a position of strength,” as he has stated, he may well satisfy some generals now troubled by Moscow’s military capabilities.

The National Security Council staff poses a different problem in that no single individual below the National Security Advisor is responsible for policy toward both Russia and Europe. This could be a significant obstacle to developing a new relationship with Russia and coordinating it with America’s European allies. That said, since NSC officials do not require Senate confirmation and the president has greater latitude in rapidly reorganizing his own staff, the White House should be able to manage this. One option would be to integrate these policies at a higher level, perhaps by appointing a deputy national security advisor to manage the U.S.-Russia relationship and associated issues. This would have certain advantages in that this person would have an easier time working with State Department and Defense Department officials. Another would be to merge the NSC’s Europe and Russia directorates, so that the National Security Council’s organizational structure would parallel that in the State Department and the Pentagon, and to select an appropriate individual to manage this unified operation as a Special Assistant to the President and Senior Director for European and Eurasian Affairs. This was the NSC’s structure for much of the Cold War.

A final alternative, of course, would be for Mr. Trump to appoint a high-profile special envoy to Russia, who could negotiate directly with top Russian leaders and report to him. In theory, the incoming administration could also designate this individual to coordinate U.S. policy toward Russia across the government. (Of course, the media would inevitably describe this person as a “Russia czar,” whatever title the White House may provide.)

Separately from U.S. policy toward Russia—which is, after all, consequential but not all-encompassing—the administration will soon begin making foreign policy appointments in job lots. This raises much broader questions, namely, to what extent will the White House exercise control over these appointments and how will it do so? In the coming weeks, as transition teams live out their short predetermined lifespans, the White House Office of Presidential Personnel will become decisive. If President-elect Trump truly seeks substantial changes in U.S. foreign policy, not only to put America first, but to “[replace] randomness with purpose, ideology with strategy, and chaos with peace,” as he urged in his April 2016 foreign policy speech, it will be essential to appoint a Director of Presidential Personnel and others in this office to ensure that his administration selects appointees whose track records are consistent with his vision. To succeed, they must be both committed to Mr. Trump’s objectives and familiar with Washington’s foreign policy establishment. Past administrations have often appointed trusted political operatives to these positions, rather than policy experts, and have thus missed a key opportunity to structure their personnel choices strategically.

Producing real change in an organization as large as the United States government is quite difficult. Doing it sufficiently quickly to implement complex and potentially controversial policies within a four-year term in office is even harder. For this reasons it is no exaggeration to say that in dealing with Russia and other key foreign policy issues, the people will be the policy—or that having the wrong people will produce the wrong results. To succeed, the incoming administration should rapidly take control of its personnel decisions and align them with its policy objectives.