Statement Regarding President Trump’s April 27, 2016 Foreign Policy Speech at the Center for the National Interest 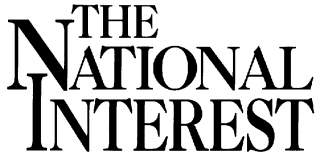 The National Interest and the Center for the National Interest have received many inquiries regarding President Donald Trump’s April 27, 2016 foreign policy speech at the Mayflower Hotel. Accordingly, we have decided to release the following statement to share our recollections from that day.

The National Interest magazine, which the Center publishes, organized the event to expose Washington’s foreign policy community and the American public to the views of a presidential candidate who was then the Republican front-runner. We were very pleased to have this opportunity and saw it as a public service. Because the Center for the National Interest is a non-partisan organization, our hosting the event did not and could not represent an endorsement of Mr. Trump’s candidacy. Indeed, just a few weeks later, on May 23, 2016, we presented the Center’s annual Distinguished Service Award to Senator Tim Kaine and Senator Pat Roberts at a gala dinner. As is well known, Senator Kaine later became the Democratic Vice Presidential nominee.

As the host, the Center for the National Interest decided whom to invite and then issued the invitations. The Trump campaign did not determine or approve the invitation list. Guests at the event included both Democrats and Republicans, with some among the latter supporting other candidates. Most of the guests were Washington-based foreign policy experts and journalists.

The Center for the National Interest invited Russian Ambassador Sergey Kislyak and several other ambassadors to the speech. We regularly invite ambassadors and other foreign representatives to our events to facilitate dialogue. Ambassador Kislyak was one of four foreign ambassadors who attended the speech that day. We seated all four in the front row during the speech in deference to their diplomatic status. The Trump campaign had nothing to do with the seating arrangement.

The Center for the National Interest extended equal treatment to the four ambassadors attending the event and invited each to a short reception prior to Mr. Trump’s speech. The reception included approximately two dozen guests in a receiving line. The line moved quickly and any conversations with Mr. Trump in that setting were inherently brief and could not be private. Our recollection is that the interaction between Mr. Trump and Ambassador Kislyak was limited to the polite exchange of pleasantries appropriate on such occasions.

We are not aware of any conversation between Ambassador Kislyak and Senator Jeff Sessions at the reception. However, in a small group setting like this one, we consider it unlikely that anyone could have engaged in a meaningful private conversation without drawing attention from others present.

When Mr. Trump finished greeting guests in the receiving line, his Secret Service security detail promptly escorted him to a secure holding area behind the stage while speakers on stage introduced him to the Center’s guests and to the media. We did not see any opportunity for Mr. Trump to engage in private conversation with those attending the event during this time.

After Mr. Trump finished speaking, he returned to the secure holding area with the Secret Service and his staff. The Secret Service did not allow anyone lacking necessary official credentials to enter that area. Accordingly, we are not aware of any way in which anyone else outside Mr. Trump’s traveling party could have entered this area. Mr. Trump and his party then returned directly to their motorcade with Secret Service escorts and departed from the hotel.