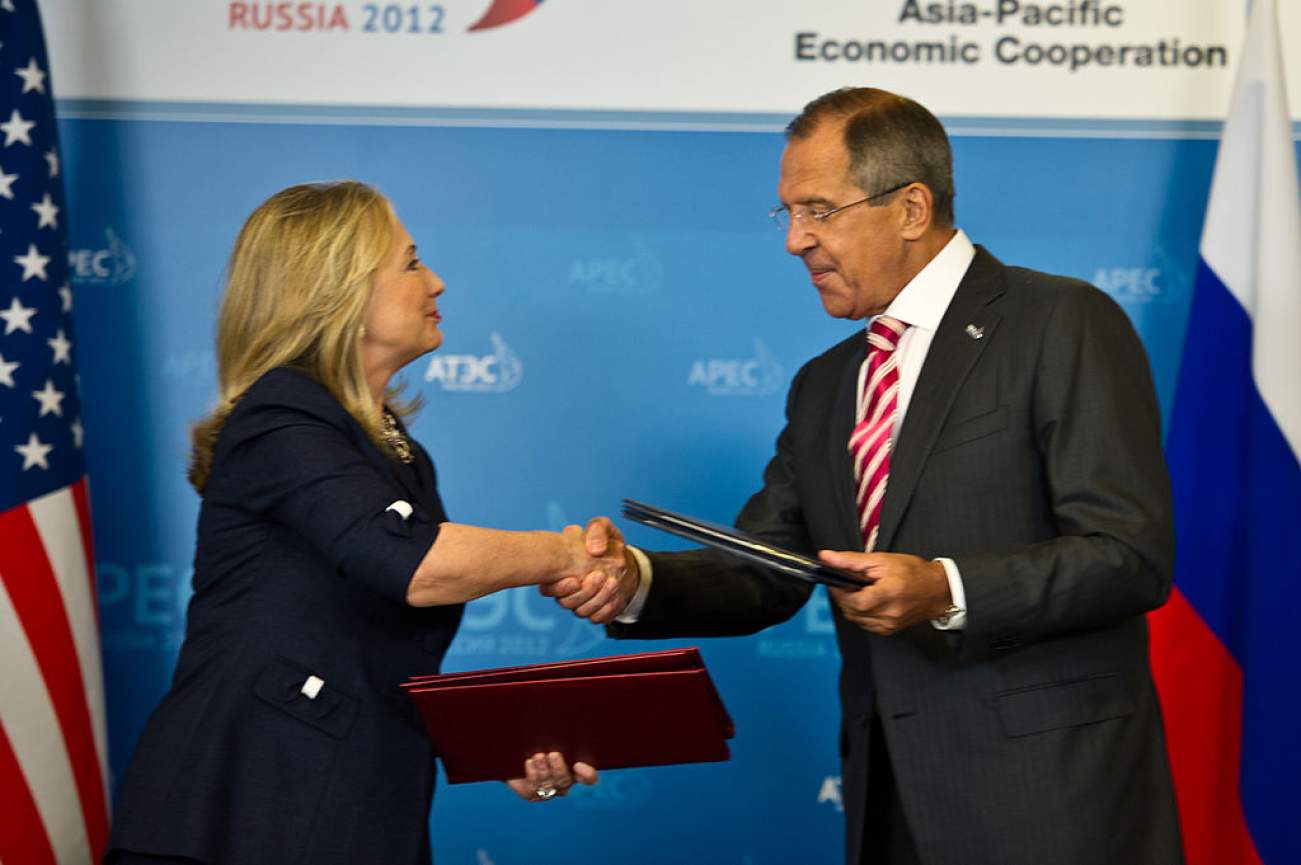 Over the past few months, Hillary Clinton and a number of members of the western media have consistently depicted Donald Trump as dangerously close to Russian president Vladimir Putin. The claims range from the allegation in Slate that the candidate is running a secret server in Trump Tower that communicates with the Alfa Bank to Senate minority leader Harry Reid’s assertion that FBI director James Comey is sitting on “explosive information” about Trump’s Russian connections. Turning routine business relationships, attendance at conferences, or even support for diplomatic engagement with Russia into outright affection for Putin is a tempting political gambit. For political candidates, it offers an easy way to insinuate that the opposition doesn’t really consist of loyal Americans. For policy advocates, it also provides a way preemptively to shut down debate.

So far, the Clinton campaign has managed to occupy the moral high ground when it comes to the Kremlin. But a closer look at that campaign suggests that a politicized version of “six degrees of separation” could ensnare it as well. A small example is the fact that leaders in a Washington organization—the Center on Global Interests-are either campaigning for Clinton or praising Putin. Thus Nikolai Zlobin—President of the Center on Global Interests, a Washington-based think tank that focuses heavily on Russia—praised President Vladimir Putin’s thinly-veiled attack on U.S. foreign policy in his speech to the Valdai Discussion Club. Zlobin was unstinting in his praise, stating that, “the president of Russia today presented a large, three-dimensional picture of what is happening in the world. He is becoming a deep political philosopher, and this is very good because the global political class has clearly been stuck in an intellectual rut in recent years.” Even before the post-2014 souring of U.S.-Russia relations, this would have been a remarkable endorsement from someone who portrays himself as the head of an American organization.

Perhaps most notable, however, is that the Chairman of Zlobin’s Center—former nuclear missile launch officer Bruce Blair—is now starring in a new Clinton campaign advertisement attacking Donald Trump’s suitability to control the U.S. nuclear arsenal. Blair’s concern with nuclear weapons is nothing new; he was previously the head of the Center for Defense Information/World Security Institute, a now defunct organization whose leaders wrote a letter in 1985 to Soviet leader Konstantin M. Chernenko urging a nuclear test ban and were subsequently invited by ambassador Anatoly Dobrynin to the Soviet embassy.

For his part, Zlobin is a regular participant in Valdai Discussion Club meetings, previously sponsored directly by the Russian government but now managed by a semi-governmental foundation, and has even recorded video testimonials endorsing this Russian public diplomacy exercise. The meetings have provided regular opportunities for him to meet Putin and senior officials; Zlobin apparently met Putin at the Valdai gathering this year. Some Russian observers saw Putin’s statement at the event that “we will work with whichever president the American people choose and who wants to work with us” as an effort at outreach to Clinton.

It’s worth noting Zlobin previously worked at the Center for Defense Information, like Blair, and is praising not only Putin but also Clinton in the Russian media, where he regularly appears on talk shows to present his perspective on U.S. foreign policy and tout his high-level Washington connections. His assertions that a Clinton presidency would not threaten Russia have clearly surprised Russian guests on these programs.

In truth, none of this really amounts to anything untoward, let alone nefarious. But Zlobin’s and Blair’s statements and activities do suggest the ease with which innocent actions can be painted as suspect or even sinister. We don’t dispute the right of anyone to praise or condemn Putin or, for that matter, Clinton.

But given its own record, you might think that the Clinton camp would be more careful about trying to have it both ways. There is a long association between the Clintons and Russia. For a start, anti-war activist Bill Clinton visited the Soviet Union in winter 1969-70. This was at the height of the war in Vietnam and about a year and a half after the Soviet Union’s brutal intervention in Czechoslovakia to crack down in the wake of the Prague Spring.

Nor is this all. There was a hastily arranged $4.5 billion IMF loan tranche delivered to the Yeltsin government in 1998 using a program not employed for twenty years. The Clinton White House pressed for the loan at the height of the Monica Lewinsky scandal—a relationship known to Russian intelligence much earlier, at least according to Boris Yeltsin’s memoirs. Then there are her campaign chairman John Podesta’s investments in Russia. Not to mention Bill Clinton’s multi-hundred thousand dollar speeches to banks owned by Kremlin-linked oligarchs.

So the basic question is really pretty simple: do the Clintons hold the moral high ground when it comes to Russia? And is a political war over purported connections to Moscow really in the interests of American democracy? So far, the answer is decidedly not.