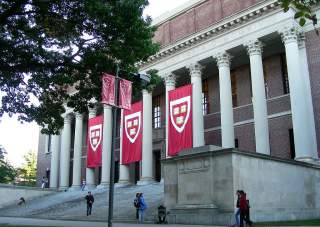 Modern America likes to hail diversity in higher education as a virtue. So much so that the admissions offices of elite universities habitually invoke it to justify treating different applicants differently on the basis of race.

Rather than accepting the value of diversity on faith, Americans should ask what exactly is so great about diversity that it can be trotted out to defend actions that are normally legally suspect and morally indefensible.

The ongoing litigation against Harvard University for alleged discrimination against Asian-American applicants reminds us of the importance of such an inquiry.

The third and final week of oral arguments is currently taking place at a Boston federal courthouse in the case brought against Harvard by Students for Fair Admissions, a nonprofit group representing a coalition of Asian-American parents and students. Harvard’s Dean of Admissions William Fitzsimmons has testified, “One of the best things about going to any college, including Harvard . . . is the opportunity to learn from fellow classmates.” Diversity supposedly facilitates that learning experience.

But diversity is just a euphemism. To pursue it, Harvard welcomes some students and not others because of race. As the university itself recognizes, eliminating the consideration of race “would reduce the population of students who self-identify as African-American, Hispanic, or ‘Other’…by nearly 50%.”

Yet eliminating the consideration of race would also significantly increase the population of another group: Asian Americans. While the percentage of Asian enrollees of an entering class at Harvard currently hovers around 20 percent, it would be over 40 percent if applicants were evaluated on academic credentials alone, rather than on criteria including race and other factors subject to racial bias such as personality.

Harvard is not at all embarrassed or ashamed of the grave cost it has imposed on Asian Americans and invokes Supreme Court precedent as legal cover. After all, the Court has held repeatedly that “the attainment of a diverse student body” provides “educational benefits” and is a compelling government interest that could justify racial classifications.

The plaintiffs do not challenge this rationale. Rather, they claim that contrary to the Supreme Court’s rulings, Harvard has engaged in racial classifications that are insufficiently “narrowly tailored” to achieve the compelling interest, and that the university has not seriously pursued workable race-neutral alternatives.

Not challenging diversity on legal grounds does not mean one should embrace it on moral grounds. Does diversity really provide the educational benefits that justify the inequality and injustice inflicted?

At the core of the diversity paradigm is the belief that racial minorities contribute to diversity by bringing distinct racial perspectives. In other words, a person’s race determines his perspective, his outlook on life. His race qualifies, and obligates, him to bestow his perspective on a university campus.

Ironically, this ideology of diversity, supposedly about openness and inclusivity, is not so different from how old-fashioned racists discriminated—by assuming people of the same color to be all the same.

If Harvard administrators, students and parents who support affirmative action truly believe that distinct perspectives exist for every racial minority group, why do they not make more of an effort to seek out that diversity where it exists most abundantly?

For instance, those looking for “black” perspectives could move to Detroit, volunteer at a homeless shelter or soup kitchen in Harlem, or spend more time where a large number of black people work and live. Similarly, those looking for Hispanic perspectives can spend time in a border town, such as El Paso, Texas, take a job as a farm laborer alongside Hispanic migrant workers in the Central Valley of California, or teach English to children in Latin America.

Not surprisingly, most students at Harvard, including those clamoring for more diversity, do not engage in these activities because they do not necessarily wish to get to know racial minorities by venturing outside of their comfort zone. It is much more comfortable to keep out Asian Americans who are spectacularly academically qualified. After all, they claim to have too many of them already.

Furthermore, it can be dangerous to hang out in certain parts of Harlem or Detroit. It can be even more dangerous to cross the U.S.-Mexican border from El Paso into Ciudad Juarez, a Mexican town known for its high crime rates. It is physically demanding to harvest crops, and not in a going-to-the-gym kind of self-congratulatory way. It can be incredibly uncomfortable to live in a third world country, where there are plenty of communicable diseases but insufficient sanitation, modern toilet facilities or clean water.

So, Harvard brings a certain number of racial minorities to its campus and congratulates itself on furthering diversity. Harvard students and parents who hail from posh neighborhoods and lead comfortable lifestyles congratulate themselves, too, on their willingness to talk to people who do not look like them.

These illusions allow Harvard and its supporters to avoid asking the truly unpleasant questions: Why do underrepresented minorities perform so poorly in academics that half of those attending Harvard would not have otherwise gotten in had racial preferences not tilted the balance in their favor? Have they been ill-served by America’s public education system, which may not breed excellence; their own families, which may not be intact; or perhaps even themselves, who may not view studying or school as a top priority?

Maybe, just maybe, having a much smaller percentage of underrepresented minorities at Harvard and other elite schools will finally serve as the necessary wakeup call to policymakers, educators and parents to make the difficult decisions necessary to improve this country’s education for children long before they are college age.

Instead, Harvard pats itself on the back for engineering so-called diversity in the next ruling class. But make no mistake: this is just a sham.

Ying Ma (@GZtoGhetto) is the author of Chinese Girl in the Ghetto, which was recently released in audiobook. In the 2016 presidential election, she served as the deputy director of the Committee for American Sovereignty, a pro-Trump super PAC. In 1996, she was the Bay Area Outreach Coordinator for the campaign of Proposition 209, a ballot initiative that ended racial quotas and preferences in public contracting, employment and education in California.