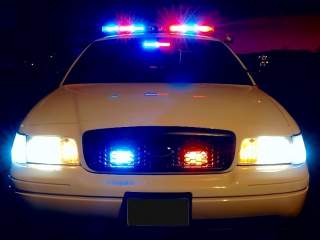 One night last August, 71-year-old Judith Wiese’s Jeep was seized during a traffic stop because the driver’s license was suspended. But the Illinois grandmother was not the one behind the wheel; in fact, she was not even in the car. Her grandson was driving that night, and he had lied about the status of his license so Wiese would hand over the keys. Under Illinois’s civil asset forfeiture laws, however, this critical fact makes little difference. Judith Wiese’s car was seized, and under the law, it became her responsibility to effectively prove her own innocence to win it back.

This is, all too often, the reality of modern civil forfeiture. Beginning in the 1980s, Congress and the vast majority of states turned to civil asset forfeiture as a means of targeting the ill-gotten gains of drug kingpins and criminal organizations, and seizing the property they use to commit their crimes.

Over time, proponents of civil forfeiture have lost sight of this narrow and laudable purpose. Today, over 400 federal laws and countless state laws authorize the seizure and forfeiture of personal property, homes, cash and valuables for a broad range of crimes. Believe it or not, simply making too many cash deposits under $10,000 to a bank account or, as Judith Wiese discovered, driving on a suspended license, can leave a citizen vulnerable to forfeiture.

One peculiarity of civil forfeiture: The procedure targets property, not people, so no criminal charges or convictions are required to permanently strip someone of her property. Instead, in most states and at the federal level, the government only needs to demonstrate by a preponderance of the evidence—that is, that it is slightly more likely than not—that the property was used in, or is the result of, a criminal act.

It then becomes the responsibility of the owner to disprove this, essentially requiring her to prove her own innocence. Judith Wiese found herself in exactly this predicament as she struggled for months to get back her vehicle. She had no attorney to represent her because she could not afford one, and in civil forfeiture proceedings there is no such thing as indigent defense.

In short, she was dragged into a forfeiture system stacked against her in every meaningful way.

Four months after the seizure, the septuagenarian won her car back after agreeing to pay a $150 fee. But that victory—if you can call it that—cannot erase the hardship she endured without a vehicle, or the stress of dealing with a horribly skewed civil forfeiture system. She is not alone. Innocent people have had to endure the difficulties associated with losing their vehicles, their homes, their businesses and their life savings for the months, or years, it often takes to fight a forfeiture case. Many choose to give up, or settle, to cut their losses.

Why would the government target a grandmother’s car, with such little apparent regard for her actual guilt or innocence? The answer, unfortunately, largely comes down to forfeiture’s dirty little secret: Law enforcement agencies that seize property get to keep the resulting proceeds, and spend that money with little oversight or accountability. Civil forfeiture represents a multi-billion dollar source of funding, and many law enforcement agencies have grown dependent on forfeiture financing. This perverse financing scheme gives agencies every incentive to seize property even under highly questionable circumstances, and calls into question the concepts of fairness and impartiality that are fundamental to the justice system.

It is time to change our nation’s civil forfeiture laws to rebalance a skewed system. The Heritage Foundation’s Meese Center has outlined nine common-sense reforms to do just that. The standard of proof in forfeiture cases should be raised, and the burden placed squarely on the government. Indigent property owners should be guaranteed access to an attorney. Law enforcement agencies should no longer be able to retain forfeiture proceeds. These agencies should be adequately, indeed generously, funded, but that does not mean they should be able to self-finance through the forcible seizure of property.

New Mexico, Michigan, Maryland, and other states have reformed their forfeiture laws. In other states, such as Oklahoma, reformers are embroiled in a stiff fight against law enforcement groups bound and determined to retain their broad forfeiture powers—and the revenue these powers generate.

It is long past time to reject the status quo. For the sake of people like Judith Wiese and countless others, now is the time for reform.

Jason Snead is a policy analyst in The Heritage Foundation’s Edwin Meese III Center for Legal and Judicial Studies.