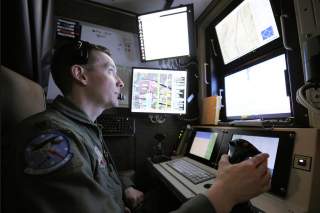 The Central Intelligence Agency, the world’s most elite and professional spy service, may soon be granted even more power and authority in the war on terrorism. The drone strikes that President Barack Obama relied on to keep terrorist groups in ungoverned territory from planning attacks on the U.S. homeland and maintain the pressure on their top leadership are now projected to expand in both number and lethality over the next few months.

President Trump and his national-security advisers have reportedly concluded that the more restrictive rules of engagement that the previous administration codified in a presidential directive are hindering the ability of America’s counterterrorism community to fight the war as they see fit. The New York Times reports that the Trump administration has already loosened the rules for some provinces in Yemen and will soon make a similar decision in certain areas of the Somali countryside. Designating parts of Yemen and Somalia as “areas of active hostilities” would provide the counterterrorism community with a far greater range of authorities to search for targets and destroy them without having to justify that there is a near-zero risk of civilian casualties. That zero-risk threshold is a difficult one to meet; drone operators meandering over suspected terrorists would have the choice of waiting until the terrorist moves out of a populated area or aborting and rescheduling the operation. That would no longer be a problem with the rules that are now being considered: operators will no longer be required to go back to Washington and wait for higher-level approval from the National Security Council.

Whether or not paring back the Obama administration’s guidance is smart or counterproductive is, like the entire targeted-killing program, a debate that cannot be won. There are powerful stakeholders on both sides of the ledger. The intelligence community would appreciate wider latitude to do their work, but others constituencies (including former U.S. intelligence and military officers) view the shift as potentially damaging. This is an argument that will go on for as long as the targeted-killing program exists.

What is concerning from this author’s perspective is that the Trump administration appears to support the conclusion that the CIA, not the Defense Department, is the best branch of government to manage drone operations in multiple theaters. And it goes without saying that the more power the CIA has over the program, the less insight the American people will have about how these operations are planned and executed, whether any after-action reviews occur once a strike takes place, how many civilians may have been killed, and whether the U.S. government’s procedures take sufficient care to avoid noncombatants.

Because the CIA is dictated by an altogether different set of authorities than the Pentagon under the U.S. Code, the president need not worry about the kinds of transparency requirements that govern the U.S. military.

In contrast to operations conducted by the military, many of which are eventually disclosed to the American people, CIA-directed drone strikes are essentially walled off from the kind of public debate that could enhance the credibility of the targeted-killing program. Indeed, if it weren’t for President Obama’s decision to issue a presidential policy guidance during his last year in office, the American people would still be in the dark about where drone strikes are happening, what the combatant/noncombatant ratio is and how many strikes have been taken. Before Obama’s new guidance, Americans had to depend upon reporting from human-rights organizations that were releasing (and continue to release) case studies about the effects of the drone program on civilian populations. The U.S. government was able to dismiss these reports with relative ease, arguing that these groups didn’t possess the kind of important intelligence information that the CIA possessed. Americans didn’t have a choice but to accept that the government’s justification, because that information was classified and would therefore never see the light of day. Indeed, even with Obama’s directive still technically on the books, the public is only afforded the most rudimentary insight into drone strikes; the most recent report from the Director of National Intelligence is woefully insufficient.

If the CIA receives even more authority, Americans can forget about even this minimal amount of transparency. And if President Trump eventually rescinds his predecessor’s directive on the program, even the pathetic level of public reporting that we are given will disappear.

It appears that President Trump has already made his decision—the CIA will be the point agency on targeted killing operations. Now there’s another different battle to be fought: convincing President Trump to release more information about drone strikes to the American people so they can judge more themselves whether their taxpayer money is being used on a covert program that is in fact keeping the United States, its citizens and its armed forces safe.