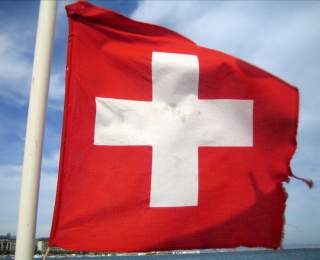 The twenty-six cantons that make up the Swiss Confederation represent a unique anomaly for a number of reasons. First, Switzerland has not been in any state of declared warfare since the Napoleonic Era, a feat certainly not matched by its Italian, French or German neighbors. In addition, the state has managed to successfully balance the linguistic differences of its population, ensuring that German, French, Italian and Romansh speakers are treated equally and fairly under the law (just a few countries away, places like Belgium, Latvia, Ukraine and Spain are fiercely divided on issues related in part to linguistic differences). Its pacifist nature and nonalignment with other nations also stand out as fascinating characteristics of the Swiss State.

Perhaps most importantly, at least for the purposes of this analysis, has been its strong and persistent use of direct democracy in a wide range of both national and local issues. Switzerland’s reliance on democracy extends in part to the founding of the Old Swiss Confederacy in the late thirteenth century, where assemblies composed of members of the electorate met to hash out tricky land and other political disputes. This use of democracy was formalized by the Swiss Federal Constitution (ratified in 1848). Modelled in part after the U.S. Constitution, and with an eye toward maintaining peace between the cantons through the provision of significant amounts of local power, it would by 1869 contain a provision that compelled mandatory popular vote for changes to the constitution.

The ease with which a group of citizens can press for major changes in national law or the Swiss Constitution (through the collection of 100,000 signatures to allow its placement on a ballot) is nearly unprecedented in modern democracies at the national level. This system has allowed for the citizenry to make its voice directly heard, above the cantons and the Federal Council, if they believe these political groups may not represent their interests effectively.

In 2002, the Swiss voted in favor of the accession of the Swiss State to the United Nations. In 2003, Switzerland became the first country in the world to vote against the provision of nuclear power for the whole country. And in 2013, Swiss voters strongly supported (68 percent voting if favor) a law that allowed shareholders of companies the ability to veto compensation and prohibit payouts (so-called “golden parachutes”) for departing managers of companies.

The Swiss referendum process has also dealt with issues relating to infrastructure, taxes, the equal representation of women in parliament, judicial reform and a myriad of other topics. There have also been some interesting votes, including one which would have abolished compulsory service in Swiss Army and another that would have provided for the medical prescription of heroin. A glance at the vast majority of recent cases and their results would show, overall, a relatively conservative electorate: one that rarely deviates from the status quo and shows a marked disinclination to fundamentally alter current policy on delicate issues like abortion and stem-cell research.

Despite these overall trends of balanced conservatism, Switzerland’s direct democracy has highlighted one glaring (and unfortunately not-uncommon globally) problem with such a system: the negative effect on minority groups. One of the persistent criticisms of democracy as a system, especially in places unchecked by institutional mechanisms or an overarching legal construct to restrain the scope of voting, has been what is often referred to as the “tyranny of the majority.” This concept emphasizes that the will of the majority, unchecked, could infringe upon the rights or abilities of minority groups (whether they be political, religious or ethnic) to live their lives as their fellow countrymen could. A number of Switzerland’s most recent direct referenda have swirled in controversy due to perceptions that they are specifically designed to play into xenophobic fears of minority groups within Swiss borders and the influence of those groups outside Switzerland.

This potential problem with the direct referendum and its effects should not come as particularly surprising, given that this problem is not new. One of the earliest referenda introduced into Switzerland with the new system in place, in August 1893, banned the ritual slaughter of animals with 60.1 percent of the citizenry voting in favor. Though this was presented as an animal-rights issue, the initiative has been viewed by many as a specific targeting of Switzerland’s Jewish population, as this directly hindered the ability of Swiss Jews to secure kosher meat products while leaving Switzerland’s largely Christian population virtually unaffected.

Jens Hainmueller and Dominik Hangartner explore the role of direct democracy and the provision of naturalization to minority groups living within Switzerland. Their modeling highlighted a troubling trend; in the days when certain cantons allowed for citizenship to be directly voted on (a process which was discontinued in 2003 after a Swiss court ruled that such a process violated the Constitution), voters in perceived anti-immigrant regions and cantons consistently voted against citizenship applications from people with Turkish and Yugoslavian backgrounds. With the reintroduction of a bureaucratic, state-run naturalization process, naturalization rates rose and stabilized for these minority groups.

In 2009, Switzerland held a vote that banned the construction of further minarets on mosques—it currently has four mosques with minarets—a vote viewed by many as a direct contravention of the human rights of Switzerland’s Muslim population (roughly 5 percent of the overall population of the state). Despite the opposition of the Confederation of Swiss Employers, the Swiss Trade Association, the Swiss Federation of Trade Unions and thirteen of Switzerland’s eighteen largest political parties, it still passed with a 57.5 percent majority.

In 2004, the people of Switzerland rejected through a direct referendum the naturalization of foreigners who had grown up in Switzerland and the automatic provision of citizenship to the children of third-generation foreigners. Another referendum, voted on in 2010 and rejected by a vote of 52 percent, would have expelled all foreign criminals from Switzerland. Though this does represent a somewhat troubling pattern, it should be noted that while these particular laws have been troubling in their specific targeting of distinctly disadvantaged minority groups, the vast majority of Swiss referenda do not generally focus on the rights of individuals. Rather, they often revolve around comparatively mundane issues like tax policies, social-welfare spending, infrastructure and other traditionally core elements of a state.

Upon reflection, the Swiss system of direct democracy is one of the purest means through which an engaged and interested citizenry can make its voice heard. Switzerland is often held as a model of democracy and the close connection between government and the people makes it easy to understand why this might be the case. However, what must be noted here is that while this system can give voice to people normally shut out of the political process, direct democracy can be easily abused by those who advocate in favor of hate and discrimination. And as I mentioned previously (and as the naturalization example illustrates), so long as a directly democratic system can operate within a clearly defined set of parameters in which the rights of the minority are not held at a whim to a disaffected and unhappy majority, such a system can flourish.

Brian Daigle currently works for ACG Analytics, and is a recent graduate in political economy at the London School of Economics.