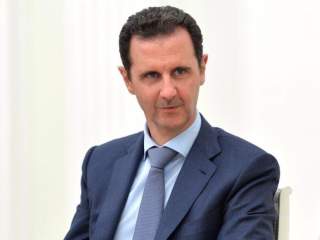 Negotiations between the Syrian opposition and governing regime start in just a few days. The challenges are numerous and many analysts are quick to proclaim the process already dead. Despite the momentum of the Vienna process, a myriad of factors continues to make Syria a complicated case: a messy situation on the battlefield, an unwillingness to compromise, political dynamics among the opposition, hostility between Iran and Saudi Arabia, Russia’s backing of Assad—take your pick.

While somewhat less than enthused by the framework set out by the UN Security Council resolution, which leaves Assad in power, Syrian opposition groups are meeting in Riyadh to prepare for negotiations. Apart from selecting members of their negotiation committee, the opposition groups are discussing their negotiation goals, including principles for political reform—reform which cannot include Assad as head of any transitional government. This is a tall order, which was once supported by the international community but apparently abandoned in the face of reality on the ground.

The focus on Assad’s role (or lack thereof) in a transitional government is understandable. Nevertheless, it might be pragmatic to review the timeline of transition as presently framed and propose a slightly different approach. With or without Assad, in the case of successful negotiations and an even somewhat effective ceasefire, a genuine deal will include constitutional reform and elections.

Somewhat ambitiously, Vienna produced a statement with a basic framework for political reform and elections, which was later endorsed by a Security Council resolution. The framework includes the formation of a transitional government and a process for drafting a new constitution within six months of the start of negotiations, followed by a referendum for which there is no specified deadline. Elections are to be held within eighteen months, in accordance with international standards, and supervised by the UN. All Syrians, including the diaspora, should participate in the elections. A more specific timeline, as described in a recently leaked State Department paper, suggests a referendum on the new constitution to be held in January 2017, followed by elections six months later.

To start with, the legitimacy of any constitutional reforms undertaken by a transitional body would be fairly limited. Added to that, the requirement to draft a new constitution will delay preparations for elections. And lastly, what if voters reject the constitution? Would they even dare?

It would be useful to consider a different strategy: reaching an agreement in negotiations over the electoral system and process, which would open the path to elections. The agreement could be formalized in amendments to the current constitution. Such a path would give more time to the newly elected legislature to tackle wholesale constitutional reform, and would provide political backing to the elected executive. And, helpfully, it would deal with the issue of Assad’s presidency much sooner than what is currently in the cards.

Solutions to the electoral system, the administration of elections, voter eligibility and balloting among Syrians abroad must be found soon, if considering the eighteen-month time frame.

The current electoral system, colloquially called a block vote system, is designed to give an overwhelming advantage to a party with only a slight advantage of actual votes. In a multi-party system, this could produce catastrophic results with almost complete dominance of a single party. Remember the 2006 Palestinian elections, in which a hybrid system using both proportional and block vote systems saw Hamas eliminate all but a single Fatah candidate under the block vote system; Fatah only won seats in the proportional system. In a future Syria, where inclusiveness must be paramount, a proportional representation system would be more appropriate. To ensure regional balance, the existing fourteen governorates could serve as separate constituencies.

Voter eligibility is effectively defined by Syrian nationality law. If remained unchanged, this would exclude an enormous number of Syrians, including all who were fathered by a foreigner; a large number of Syrian Kurds, who were stripped of citizenship; and the political diaspora who have not been able to obtain documents from Syrian embassies—to name a few .

Organizing elections for Syrians in Europe, North America and countries neighboring Syria will require special agreements with the host countries. Only in this way can administrators ensure electoral operations, such as the transport and import of election materials, setting up registration and polling centers, visas for staff and so on.

Despite the obstacles, these solutions are essential for reach a consensus on Syria’s future.

Bassam Barabandi is a former Syrian diplomat, and Sasha Ghosh-Siminoff is co-founder of People Demand Change.