Syria's Troubles Are Far from Over 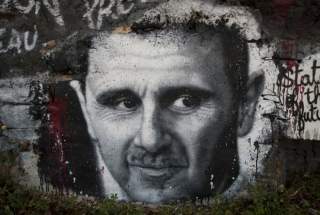 Friday, September 25, 2015, is the 1,500th day since President Obama called on Syrian president Bashar al-Assad to step aside. The statement from the White House was released hours before President Obama left on a ten-day trip to Martha’s Vineyard, and at least with regard to forming and executing a coherent policy towards Syria, it seems the vacation has extended to the present day. Assad remains, ISIS has emerged as a threat and the largest refugee crisis since World War II is unfolding.

Instead, consensus seems to be that Assad will stay. As Gideon Rachman (who has an essay in the new issue of The National Interest) wrote in the Financial Times on Tuesday, “A diplomatic solution clearly has to involve the regime and, almost certainly, President Bashar al-Assad.” Speaking in London on Saturday, U.S. Secretary of State John Kerry also seemed to soften on the question of Assad’s departure. While the Syrian president must go, Kerry said, “the modality” of that departure is still up for debate, adding, “it doesn’t have to be on day one or month one or whatever.” And on Thursday, Turkish president Recep Tayyip Erdogan, who has long called for Assad’s ouster, said, “Either a transition process without al-Assad, or with al-Assad, is possible.”

The question of whether Assad stays or goes is appealing because it seems to offer an easy way to understand and to respond to the horrific violence occurring among multiple factions in Syria’s civil war. Certainly Assad has perpetrated heinous, documented acts against Syrians. Remaining holed up in Damascus precludes his being brought to some form of justice. However, in determining the future of Syria, the question of Assad’s specific whereabouts is largely incoherent in the absence of answers to three additional questions about the people and area that Assad’s regime now controls. They are questions that often get overlooked amid the immediacy of refugee needs and the horrors of both Assad and the largest group that opposes him, the so-called Islamic State and its associates.

First, can sectarianism stabilize in Syria?

Assad’s Baathist, Alawite-dominated regime is the last of the minoritarian regimes in the Levant, as Syria scholar Joshua Landis has pointed out. Lebanon, through civil war, and Iraq, through invasion, both saw their long-standing regimes, composed heavily from each state’s minority population, replaced. (The origins of promoting minorities to power dates back to when Western powers controlled the region, if not earlier.) But the minority Alawites remain Assad’s base of power in Syria. In his wonderfully detailed 1990 account of Hafez al-Assad’s life, Patrick Seale described how the Alawites rose from an outsider community.

The advancement of the ‘Alawis offended many Syrians who believed they were unduly favoured, but few outside the extremist ranks of the Islamic fundamentalists held their heterodox beliefs against them. Rather, what was resented was the rise of one region over others and of a community hitherto considered inferior. Yet, thanks to their strong position in the army, the security services, the professions, the party, and indeed every institution across the land, the progress of the ‘Alawis seemed irreversible. Having fought and studied their way to the top, they would not easily be dislodged.

While many Alawites have fled in the current civil war, many more remain. And regardless of support for or opposition to Assad, mere association on a sectarian basis is a hurdle that long-term stability must overcome. A push westward by Sunni-dominated ISIS, by affiliated groups or even by more moderate groups that nonetheless see Assad as the main enemy and have been brutalized by years of fighting would imperil many in and around the Syrian capital. The result might be street-to-street fighting in Damascus similar to what has already reduced other major Syrian cities to rubble.

Many have commented on the artificiality of Middle Eastern borders. Historian Eugene Rogan, for example, notes that while borders have been remarkably resilient, the agreements that formed them “were concluded solely to advance Britain and France’s imperial expansion. Had the European powers been concerned with establishing a stable Middle East, one can’t help but think they would have gone about drafting the boundaries in a very different way.”

Now, no force looks capable of controlling all or even most of a Sykes-Picot-sized Syria. Calls for partition, political confederation or even piecemeal intervention (in Kurdish areas, for example) seem to point towards increased division within Syria, and perhaps even towards it becoming multiple states. The Islamic State is an example of this, but so too would be an eventual rump state along the Mediterranean coast or around Damascus, as would a Sunni-dominated state independent of ISIS in the east.

And, remember, borders have two sides. In the months after President Obama called for Assad to step down, it looked as if Lebanon and Jordan were on relatively firm footing. Lebanon, having already gone through its own civil war in the 1970s and 1980s, and Jordan, pursuing along with Morocco a much slower path to reform, seemed more stable than Egypt, for example, which was seeing many of its Arab Spring ambitions dashed. Now, however, both Lebanon and Jordan are dealing with spillover from Syria that threatens to overrun borders and plunge each into turmoil. Turkey, too, has its own problems spilling over from Syria and northern Iraq. Which states will make up the area from the Mediterranean to the Euphrates and Tigris rivers 1,500 days from now is very much an open question.

Third, what role will the U.S. take?

“Humiliating” is a description that comes to mind when, after millions of dollars spent, Army General Lloyd Austin sat before the Senate Armed Services Committee last week and said that only “four or five” rebels trained by the United States were operating in Syria. Senator Kelly Ayotte of New Hampshire summed it up: "Let's not kid ourselves. That's a joke." It would seem, then, the impulse might now be to increase involvement in Syria as a salve to this humiliation, especially as Russia increases its own forces there unimpeded.

While there has been a shortage of specific policy from the United States on Syria, there has been no shortage of supposed precedents that are cited to inform policymaking. On one side, the 2003 invasion of Iraq and the years that followed are presented as what not to emulate in Syria. Americans have no appetite for another invasion of a Middle Eastern country, and the current state of shambles in Iraq is given as proof that the United States could not bring order to Syria even if it wanted to. On the other side, the humanitarian and refugee crises have led some to call Syria “Obama’s Rwanda,” a case in which the United States, looking back to a previous humiliation (Somalia), was too skittish about intervening, resulting in massacre.

So far, U.S. policy, such as it is, has heeded both precedents; it has sought to avoid doing too much and to avoid doing nothing. Perhaps, then, another precedent should be added on the dangers of defaulting to a middle path.

Throughout the autumn of 1983 President Reagan and his administration made the case that Lebanon’s civil war was a threat to U.S. credibility on a global scale. Consequently, enough Marines were sent to Beirut to establish a credible U.S. commitment but far fewer than would be decisive. Then, in October of that year, President Reagan went on national television to explain what had occurred to some of those Marines just days earlier.

The truck carried some 2,000 pounds of explosives, but there was no way our marine guards could know this. Their first warning that something was wrong came when the truck crashed through a series of barriers, including a chain-link fence and barbed wire entanglements. The guards opened fire, but it was too late. The truck smashed through the doors of the headquarters building in which our marines were sleeping and instantly exploded. The four-story concrete building collapsed in a pile of rubble. More than 200 of the sleeping men were killed in that one hideous, insane attack.

U.S. soldiers were subsequently removed from Lebanon. In April 1984, Reagan was asked by ABC News correspondent Sam Donaldson whether the United States had lost credibility by first entering then withdrawing from the country. The president responded, “We may have lost some with some people, but situations change, Sam.” This hollow refrain, its clear dissonance with what was said just months earlier, should ring in the minds of any administration considering a supposed Goldilocks solution to Syria of not too much and not too little.