Taiwan Pivots Away from China, Towards the South 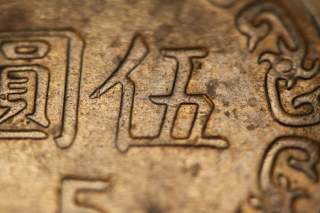 Taiwan is laying the groundwork for a major charm offensive towards Southeast Asian nations and India in an effort to gain a strong foothold in these fast-growing economies and to diversify its economic relations away from China. China and Hong Kong together absorb nearly 40 percent of Taiwan’s exports, with exports accounting for 70 percent of the island’s GDP.

The Tsai Ing-wen administration’s New Southbound Policy seeks to promote tourism, industrial cooperation and a broad array of exchanges spanning the education, culture and technology fields with the nations of ASEAN and South Asia. It is a creative “people-focused” strategy aimed at knitting Taiwan into the economic and social fabric of these dynamic regions in the absence of official diplomatic ties. It also appears designed to mitigate Taiwan’s economic marginalization in a rapidly integrating region, which is by and large the result of Chinese opposition to Taiwan’s signing of bilateral and regional trade agreements.

As indicated in its name, the New Southbound Policy is a novel approach to redirect Taiwan’s trade-dependent economy to other parts of Asia from the Chinese market. Beginning in 1994, then Taiwan president Lee Teng-hui championed a “Go South” policy that urged Taiwan businesspeople to invest in Southeast Asia. The 1997 Asian Financial Crisis and its fallout, however, spooked Taiwan investors away from ASEAN towards China, the latter having begun sweeping market reforms under the stewardship of Premier Zhu Rongji (1998-2003).

Lee’s successor Chen Shui-bian attempted to reintroduce Lee’s “Go South” policy in 2002, but this proved largely ineffective as Taiwan investors continued to perceive the Mainland as a more attractive investment destination. Chen’s 2001 decision to lift longstanding restrictions on investment in China combined with explosive Chinese growth throughout the first decade of this century served only to accelerate cross-Strait commercial ties.

Whereas these prior initiatives focused almost exclusively on trade investment figures, the Tsai government claims its new Southern-directed strategy is multifaceted in its additional emphasis on soft, people-to-people elements. It is also now targeting South Asian nations, particularly India—the region’s economic powerhouse that is pushing to become a global manufacturing hub under Prime Minister Modi’s “Make in India” scheme. It also envisions ASEAN not merely as a manufacturing base, but as an extension of Taiwan’s domestic market whereby Taiwan products and services meet the consumption needs of region’s burgeoning middle class.

Signaling the importance President Tsai attaches to the New Southbound Policy, she named former ROC Foreign Minister James Huang (2006–08)—a close confidante—to head a task force inside the presidential office that will spearhead the initiative and coordinate among Taiwan’s government ministries, relevant industries and educational institutions. This New Southbound Policy Office, whose founding guidelines were approved by Tsai on June 15, will ramp up its operations in in the coming weeks, with Mr. Huang required to periodically brief Tsai on overall strategy and project implementation.

Taiwan has already unveiled a number of proposals that help to form the nuts and bolts of the New Southbound Policy. It recently added Cambodia, Laos and Myanmar to the list of Southeast Asian nations it currently offers streamlined visa application procedures, and is even considering the inclusion of all ten ASEAN nations into its visa-waiver program. The Taiwan Ministry of Education will allocate funding for Taiwan youth to conduct internships in Southeast and South Asia, as well as provide scholarships to citizens of ASEAN nations to study in Taiwan. The establishment of a national-level think tank for ASEAN and South Asia studies is also in the pipeline.

Tapping into an Ascendant ASEAN and India

Asia’s shifting economic landscape undergirds the logic of the Tsai administration’s Southern pivot. India outpaced China as the world’s fastest-growing large economy in both 2014 and 2015, whereas ASEAN nations are poised to experience robust growth in the coming decades thanks to their young populations and the ongoing formation of a single regional market and production base, the ASEAN Economic Community.

Meanwhile, rising labor prices in China and the overall Chinese economic slowdown are leading Taiwan corporations to consider alternative locales to build manufacturing facilities. Most notably, Foxconn—one of Taiwan’s largest companies and a key supplier to Apple—announced in August 2015 that it plans to invest $5 billion in a manufacturing plant and a R&D center in the Indian state of Maharashtra.

These opportunities notwithstanding, Taiwan’s Northeast Asian competitors have been making inroads into ASEAN and India in recent years, lending urgency to the implementation of the new policy. Since 2006, South Korea, Japan and China successively signed free trade agreements with ASEAN; Seoul and Tokyo also inked “economic partnership” agreements with New Delhi in 2009 and 2011, respectively. Seoul in 2009 established the ASEAN-Korea Centre that has served as the principal conduit for its economic and cultural engagement with Southeast Asian nations. The countries of Southeast and South Asia are also poised to play a prominent role in Beijing’s ambitious One Belt, One Road initiative in the coming years. Hence, with Tokyo, Seoul and Beijing all rushing into ASEAN and South Asia, Taipei is endeavoring to make a big push over the next five years to make up for its “late start.”

Diversifying Away from China

Undoubtedly, an interrelated goal of the New Southbound Policy is to reduce Taiwan’s economic dependence on China. President Tsai in her May 20 inaugural speech said the initiative is designed to “bid farewell to our past overreliance on a single market."

Taiwan’s concerns regarding overreliance on the Chinese market should be viewed from a security and economic standpoint. Many on the island have long been uneasy about the security externalities of increasing cross-Strait economic interchange, fearing it will give Beijing undue leverage and restrict the island’s freedom of action. Taiwan in 2015 also suffered economic costs for placing a plurality of its eggs in the Chinese economic basket: exports to China and Hong Kong plunged to $109.2 billion, down from $124.6 billion in 2014. China’s economic slowdown appears to be challenging the notion that Taiwan can rely on the enormous Chinese market as a reliable source of export growth.

Tsai and her Democratic Progressive Party blamed the policies of the previous KMT administration—particularly its signing of the 2010 Economic Cooperation Framework Agreement (ECFA) with Beijing—for contributing to Taiwan’s excessive dependence on China, and it is within this context that they view the New Southbound Policy as a necessary corrective. In reality, China and Hong Kong’s share of Taiwan’s overall exports hovered around 40 percent throughout Ma Ying-jeou’s presidency. In 2007—the final full-length year of the DPP administration of Chen Shui-bian—Taiwan’s exports to China and Hong Kong accounted for exactly 40 percent of its total exports. In addition, the Ma government claimed the ECFA agreement enabled Taipei to sign landmark trade pacts with New Zealand and Singapore in 2013 without opposition by Beijing. Taiwan’s trade agreement with Singapore should by no means be downplayed: the city-state—Southeast Asia’s entrepôt—was Taiwan’s fifth largest export market in 2015 after Japan, with exports totaling $17.25 billion.

Without question, the 2014 Sunflower Movement—triggered by a botched attempt to ratify a cross-strait services trade agreement in Taiwan’s KMT-majority legislature—put a stop to further cross-strait economic integration. This agreement together with a goods trade pact under negotiation until the final months of the Ma administration were to serve as the key underpinnings of a cross-strait free trade area that the initial ECFA agreement called for. It is highly unlikely that Tsai or the current DPP-majority legislature, already unsettled by Taiwan’s overreliance on the mainland, would ever approve these ECFA follow-up agreements leftover by the Ma administration. Unlike Ma, Tsai’s instinct is to first approach the world through initiatives such as the Trans-Pacific Partnership, and then consider further liberalization with China.

Beijing has greeted the New Southbound Policy with skepticism and a degree of disparagement. In a May 25 press conference, Taiwan Affairs Office spokesman Ma Xiaoguang likened it to “politically motivated” attempts by Lee Teng-hui and Chen Shui-bian to pivot away from the lucrative Mainland market, which “ran counter to economic principles” and had a “harmful effect on Taiwan’s economy.” Apparently, Beijing believes (contradictorily) that its One Belt, One Road initiative—which is designed to benefit its slowing economy and is motivated by geopolitical ambitions—is grounded in the modern realities of Asia, but it is illogical for Taiwan to aggressively seek out investment and business opportunities in other parts of Asia.

Beijing’s suspicious attitude should be viewed through the lens of its “peaceful development” policy for cross-strait relations which, although avoiding a timetable for reunification, seeks to create the right conditions for it. Remarks by Chinese Foreign Minister Wang Yi in September 2013 best illustrate Beijing’s thinking: “Gradual integration of the two sides through two-way interactions and cooperation will lead to ultimate reunification. This is a historical trend that no one can stop.” That the Tsai administration is unlikely to pursue further integration with China and instead focus on developing its relationships with Southeast and South Asian nations undermines Beijing’s strategy.